It's been a season of ‘meh' for both these sides and yet, owing to the nature of the Championship, both are still within touching distance of the top six. Can either team add the full three points to their tally come Saturday? Find out with our Sheffield United vs Blackpool match preview with free tips, predictions and odds mentioned along the way.

Sheffield United vs Blackpool: Our Tips

We begin our predictions as we back this match to end in a draw. For starters, two of the last three head to head meetings between these sides have ended all square but, perhaps more telling, is the recent form. Now, draws haven't exactly been the order of the day of late but inconsistency from both sides tells a story. Sheffield United have won two, drawn two and lost one of their last five at home. Blackpool meanwhile have won two, lost two and drawn one of their last five away. We can't nail down a favourite hence the draw prediction.

There should be plenty of goals to cheer

Home win, away win, draw. Who cares? In the total goals market, nobody. We are backing there to be over 2.5 goals in this match and both Sheffield United and Blackpool have the stats to back up such a tip. The Blades have gone over 2.5 in each of their last four and have a season average of 2.9 goals per game. Blackpool's record is not quite as strong but with a season long average of 2.5 goals and three of their last four going over the all important 2.5 mark there is plenty of value to be had.

Both teams to contribute to goal scoring

We've just mentioned the fact we expect there to be plenty of goals in this match. Now we look at another betting prediction that backs both teams to contribute to the goal scoring. Sheffield United have seen both teams find the net in each of their last four outings. Blackpool have seen goals for both sides in four of their past five whilst they've scored in each of those five games.

Find the best odds for Sheffield United vs Blackpool

The season has not gone to plan for Sheffield United so far but they're not a million miles off the top six and any run of wins can transform the Championship table. The Blades have had a few injury concerns but they appear to be easing now with the likes of Oli Burke close to a return along with a couple of others. It should help get their ambitions back on track. Blackpool have their own injury list to worry about with Mat Virture-Thick and CJ Hamilton both out. Grant Ward should be back in action soon; he could help their top six charge too.

FAQ on Sheffield United vs Blackpool 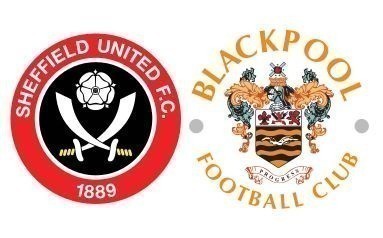