Blackburn suffered a humiliation in the week. Can they bounce back with a win here to stay top of the table? Find out with our Sheffield United vs Blackburn Rovers match preview with free tips, predictions and odds mentioned along the way.

Rovers to recover with a point

Blackburn endured a horrid evening on Wednesday as they lost 3-0 to Reading to lose their perfect start. The result was so bad that they simply have to rebound with a performance here and we think that will see them take a solid point away from Bramall Lane. Sheffield United would probably take that result too; they're already sitting in the top six and Blackburn are likely to be a contender for those spots come May. Given the Blades have just taken four points from their last six, another point here would continue that solid streak.

Our next tip sees us backing goals galore in this match as we bet on over 2.5 total goals. Three of the last four head to head meetings between these sides have ended with at least three goals. Recent form is also pointing in the direction of goals; Sheffield United have gone north of 2.5 in each of their last two games whilst Blackburn have gone over that same threshold in each of their last four matches.

A clash of two promotion contenders

Make no mistake about it, both of these teams will be looking at the Championship this season and aiming for promotion. Both have made a reasonable start towards that but, that said, both have also received little setbacks that will help keep them grounded. The side that wins this game will be making a big statement.

Sheffield United are quietly going about their business early doors this season and currently find themselves fourth in the table with seven points from four games – two points south of their visitors. If the Blades can beat Blackburn they could end the weekend top of the table; even at this early stage that could be big for confidence.

Blackburn had made a terrific start to this season and whilst one result doesn't change that, their midweek loss to Reading hasn't half brought them back down to Earth with a hefty bang. If they bounce back with a decent result here then all will be forgotten, however, if they lose then that early season momentum will have been lost.

A quickfire FAQ on Sheffield United vs Blackburn Rovers 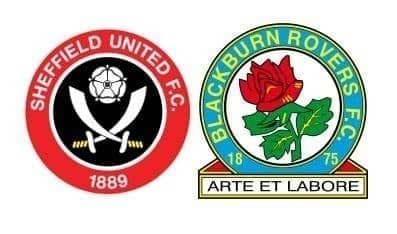