Sheffield United vs Barnsley: Check out our betting tips

Sheffield United are still in the top six race but injuries are piling up. They should still beat Barnsley but will they? Find out with our Sheffield United vs Barnsley match preview with free tips, predictions and odds mentioned along the way.

If you support Sheffield United or Barnsley then you won't be happy with this prediction because a draw is no good to either. Sheffield United have only managed one win in their last five whilst drawing two and losing two. Barnsley's form isn't drastically different either. The Tykes have won two, drawn two and lost one of their past five matches. The last five competitive meetings between the two sides are fairly balanced as well with both teams winning games and with two ending all square.

Sheffield United hold playoff ambitions. Barnsley are desperate for survival. It's that dynamic that should make for an interesting match up.

Sheffield United have found their form dipping right at the wrong time of season and they now sit outside of the top six. Making it back is far from impossible but they can't afford slip ups against the likes of Barnsley.

Barnsley have left it a long time to start winning matches but they're showing signs that they are perhaps the most likely side to escape the bottom three. If Barnsley get anything from this match then Reading might start looking over their shoulders with a bit more fear. 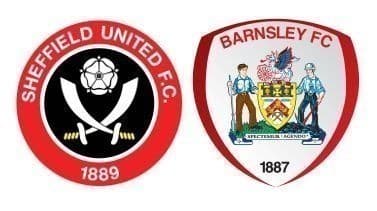