Hands up all those who didn't have Sheffield United bottom of their predicted Premier League table this season.

The Blades were everyone's favourite to come up, be patronised and then return to the Championship having enjoyed their solitary season in the sun.

It's an understandable assumption. Sheffield United had only been back in the second tier two seasons when they were promoted as runners-up to Norwich City. Three seasons ago they were a League One side who looked to be going nowhere until Chris Wilder was appointed in May 2016.

A boyhood Blades fans, the 52-year-old, a former ball boy at Bramall Lane, has been fully deserving of the plaudits he's been lavished with since taking charge of the Blades in 2016 when they were less sleeping giant and more comatose giant.

Indeed, he was named LMA Manager of the Year last season, pipping Pep Guardiola, Jürgen Klopp and Mauricio Pochettino to the gong. 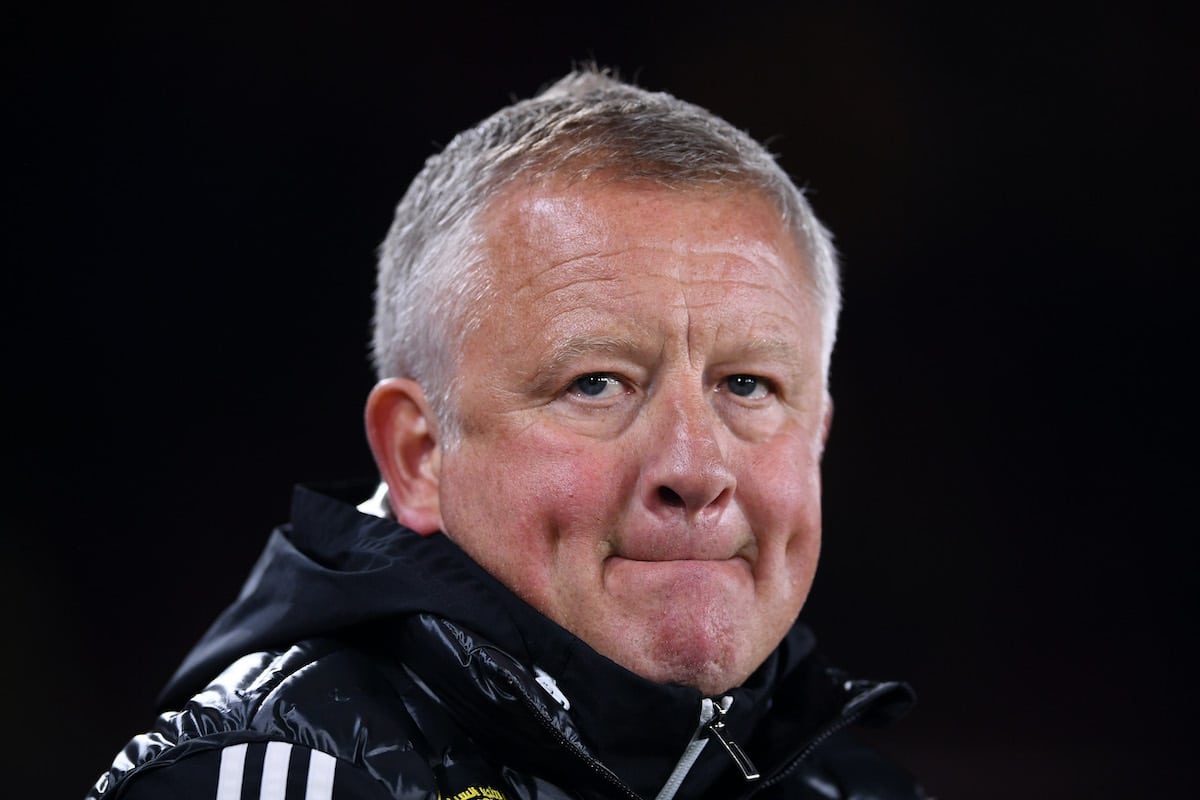 If winning League One and securing promotion to the Premier League was impressive, both achievements will pale in comparison with staying up.

Currently sat in the lofty heights of eighth, Sheffield United are the best-placed of the three promoted sides to preserve their top-flight status and, remarkably, share the joint-best defensive record in the top-flight with Liverpool and Leicester City having conceded just eight goals.

What makes that even more surprising is they hardly invested in the defensive side of the team over the summer. While the Blades made a reasonable splash in the transfer market – thrice breaking their club-record transfer fee – Phil Jagielka was the only defensive addition, returning to his first club after 12 years away. Yet the 37-year-old has made only two substitute appearances totalling 27 minutes.

That is thanks to the fine form of United's existing back three who have not only forged a reliable union over the last few years but have learnt how to implement Wilder's much-vaunted overlapping centre-back system. 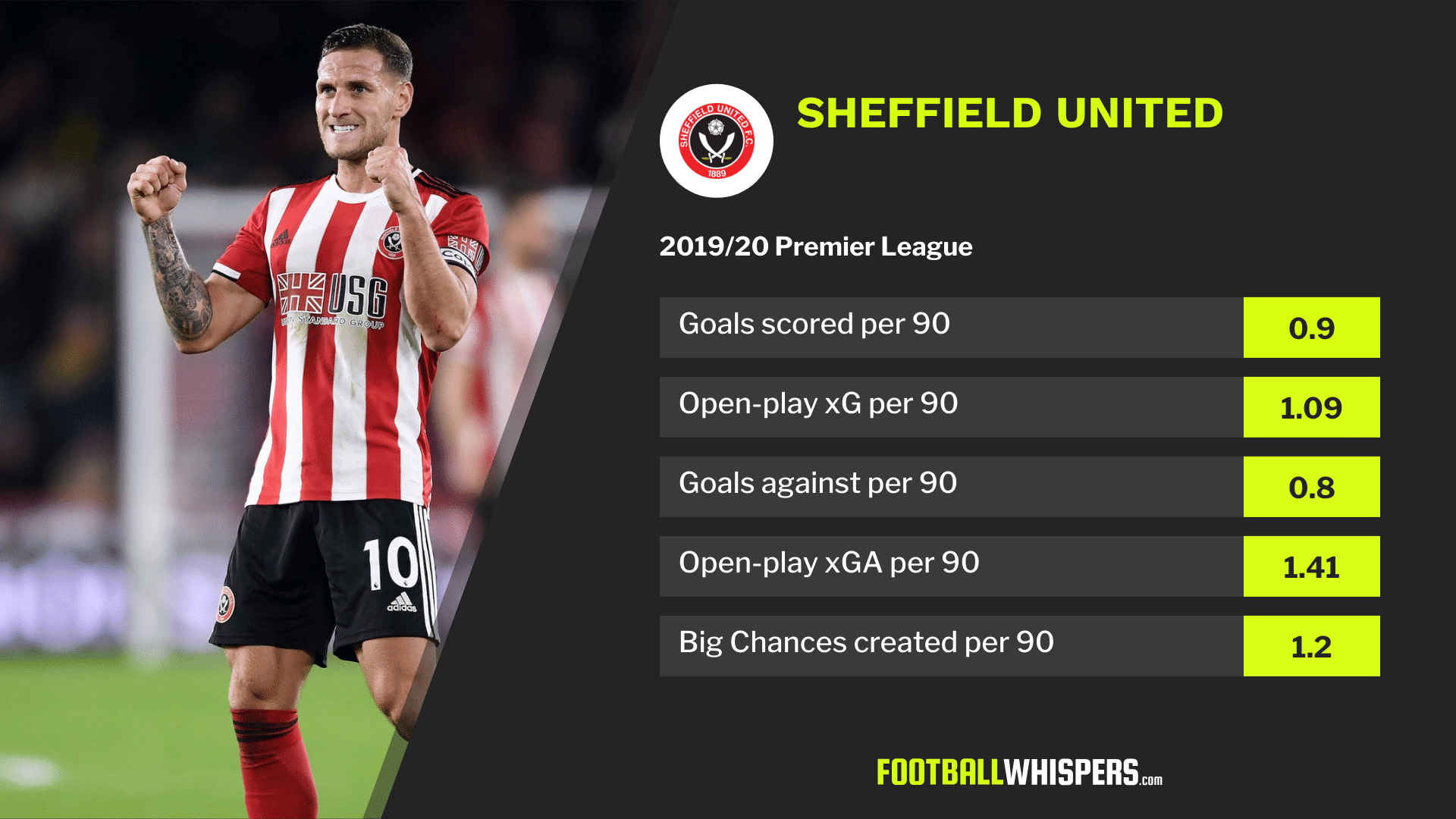 “Usually when you observe someone, you don’t observe what you see every day, you observe new things. I saw things in Sheffield United that I wanted to develop and I couldn’t do it. I don’t know the history of the head coach but he has done very well.”

Centre-halves Chris Basham and Jack O'Connell were part of the side which won League One in 2017. They were joined in the Championship by full-backs George Baldock and Enda Stevens and the quartet still make up four-fifths of the Blades' first-choice defence. The only addition is John Egan who arrived in the summer of 2018.

For the uninitiated, Sheffield United's overlapping centre-backs, the brainchild of Wilder, see O'Connell and Basham drive out wide in attack with the wing-backs moving inside to create overloads. Holding midfielders can then drop in to support the remaining centre-back, if required. 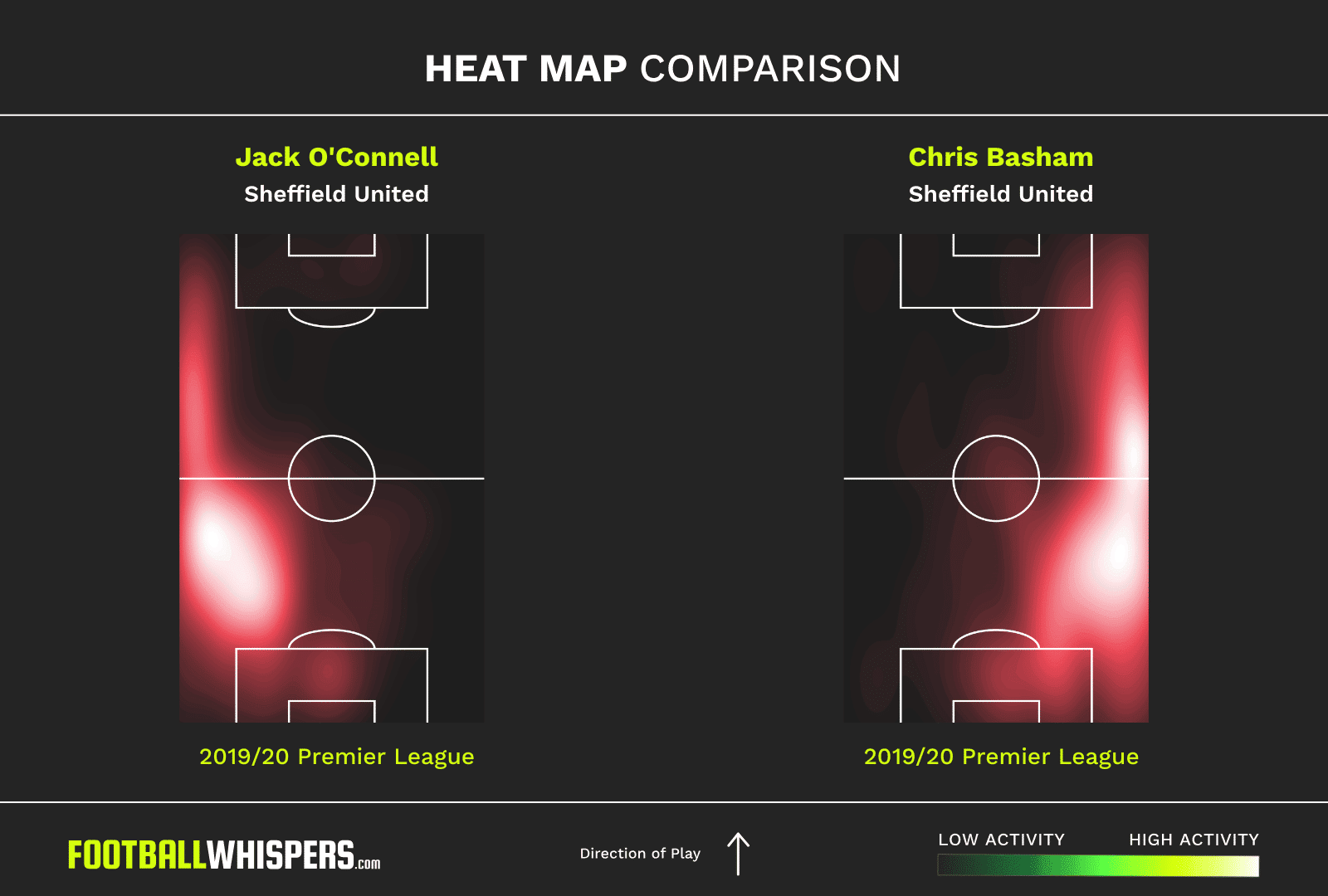 To play such a role requires a particular skillset but Basham and O'Connell both have the necessary traits; confidence in possession, dribbling and crossing ability – that is why the Blades were reluctant to change things at the back too much in the summer.

This season, Basham ranks eighth among Premier League centre-backs for dribbles attempted (0.73 per 90), though his transformation is not as stark considering he moved to Bramall Lane from Blackpool as a midfielder in 2014.

Defensive partner O'Connell ranks 15th with 0.5 dribbles per 90 and the former Blackburn Rovers defender is fifth among his defensive peers for crosses completed (0.2 per 90) when you exclude corners.

As a team, the Blades rank 14th in the Premier League for shots conceded inside the box per 90 with just 6.6 and that is thanks to the organisation and discipline instilled in them by Wilder.

Despite all that, they still owe a sizeable debt to on-loan Manchester United keeper Dean Henderson. The 22-year-old spent last season on loan with the Yorkshire outfit whose expected goals against (xGA) total of 14.10 ranks 11th-highest in the Premier League.

Yet they have outperformed that figure by 6.1 – thanks in no small part to Henderson's form which has, deservedly, led to an England call-up this season.

However, one area where Sheffield United will have to improve is going forward. With nine goals they are the joint third-lowest scorers. Only Watford (5) and Newcastle United (6) have found the back of the net less frequently. Wilder clearly foresaw this being an issue as it was up front where he invested the most money this summer.

Callum Robinson arrived from Preston North End for £7million to get the ball rolling before Bournemouth flop Lys Mousset signed in a £10million deal to usurp that fee. And it wasn't long before Oli McBurnie smashed that figure, joining from Swansea City for £17million.

Although Billy Sharp (23 goals) and David McGoldrick (15) had been potent in the Championship, Wilder was fully aware of the pair's shortcomings and felt he needed a different set of tools to crack the Premier League.

Although the Blades aren't far behind their open-play expected goals (xG) total of 10.88 having struck nine times, that figure ranks fourth-lowest in the Premier League with only Tottenham Hotspur (10.26), Crystal Palace (8.86) and Newcastle United (6.57) behind them. Their 1.2 Big Chances Created per match ranks fifth-lowest, as do their 18.7 touches in the opposition box.

Clearly, then, there is work to be done in how they break down other sides and carve out goalscoring opportunities. The Blades will have to sharpen up in front of goal but Wilder will be banking on their defensive solidity to keep them in the top-flight and pull off yet another shock.