It’s a trivia question which often stumps anoraks, sports enthusiasts and pub quiz regulars alike; so what do we know about the planet’s oldest football club and a team which is credited with inventing a sport that a century-and-a-half later few of us can imagine a world without?

On October 24th 1857 William Prest and Nathaniel Creswick founded the world’s first football club, Sheffield FC, and in the process brought about a new set of rules for a game that could be played by people of all ages as they quickly saw the way football can bring people together, as well as forging great rivalries and strong competition.

Evidence may well exist that a game resembling football had been played in China almost 2000 years ago but it’s generally accepted that it was in Yorkshire that this fairly primitive sport was to take shape and become the game the world now recognises as football.

It was actually in Dronfield, about 5 miles outside the city of Sheffield, where the laws of the now global game were first put on paper; but, despite being credited with creating the game we know today, Sheffield FC could never compete with the newly formed and paid professional outfits and, to this day, has remained an amateur club, true to their roots, who are proud of their traditions.

By the mid 19th century the sport had evolved somewhat with various public schools and universities playing by their own rules, many of which were made-up on the spot. What this fledgling game desperately needed was a strong group of individuals to impose a standard set of laws – which is precisely what happened thanks to Messrs Prest and Creswick.

What became known as the “Sheffield Rules” played a key role in the formation of the FA and introduced a host of innovations such as; the first use of crossbars, the introduction of corner kicks, free kicks, throw-ins and the first floodlit match – things that are all taken for granted in the modern game.

However, despite obvious similarities with the game we all know and love today there were a number of elements back then which were also very different. More physical contact was very much the way as players would use their hands to push opponents off the ball. Also, it was not unusual to see players shoulder charge opponents and if a goalkeeper caught the ball, it was quite acceptable to shove him over the line with the goal usually being able to stand – quite incredible compared to the modern protection ‘keepers enjoy.

The game was far from a finished article and continued to evolve when Cambridge University introduced a new set of regualtions, specifying that football should be played between two-sides of 11 players each, with an umpire from each side being present plus a neutral referee – it was the start of what we now take for granted every week.

It was suggested goals should be 12ft across and up to 20ft high while what we now know as the offside rule was added, which meant man could only play a ball passed to him in an advanced position if he was sure there were at least three opponents between him and the goal. The length of a game was also formalised and it was agreed that should be one hour and 15 minutes, with the first contest under these rules taking place between the Old Etonians and Old Harrovians in November, 1862.

Things were now gathering pace and as a direct result of what had been agreed at Dronfield the Football Association was formed in October 1863, with the aim of establishing a single unifying code for football. The first meeting took place at the Freeman's Tavern in London with clubs such as Kensington School, Barnes, Crystal Palace, Blackheath, Perceval House, the War Office, Forest and the Crusaders all in attendance.

To mark this momentous occasion a competition was established which allowed these newly formed clubs to pit their wits against each other, in the very spirit of rivalry and healthy respect that football’s founding fathers had foreseen years previously. Charles W. Alcock, the Secretary of the Football Association, announced the introduction of the Football Association Challenge Cup in 1871, the first knockout competition the world had seen at the time and one which has (just about) survived ever since.

Wanderers, Royal Engineers, Hitchin, Queens Park, Barnes, Civil Service, Crystal Palace, Hampstead Heathens, Great Marlow, Upton Park, Maidenhead and Clapham Rovers all took part but many others didn’t enter for financial reasons as all fixtures were required to be played in London. Each club also had to contribute towards the heavy cost of the new, now world famous' silver trophy which cost a hefty £20 back then. 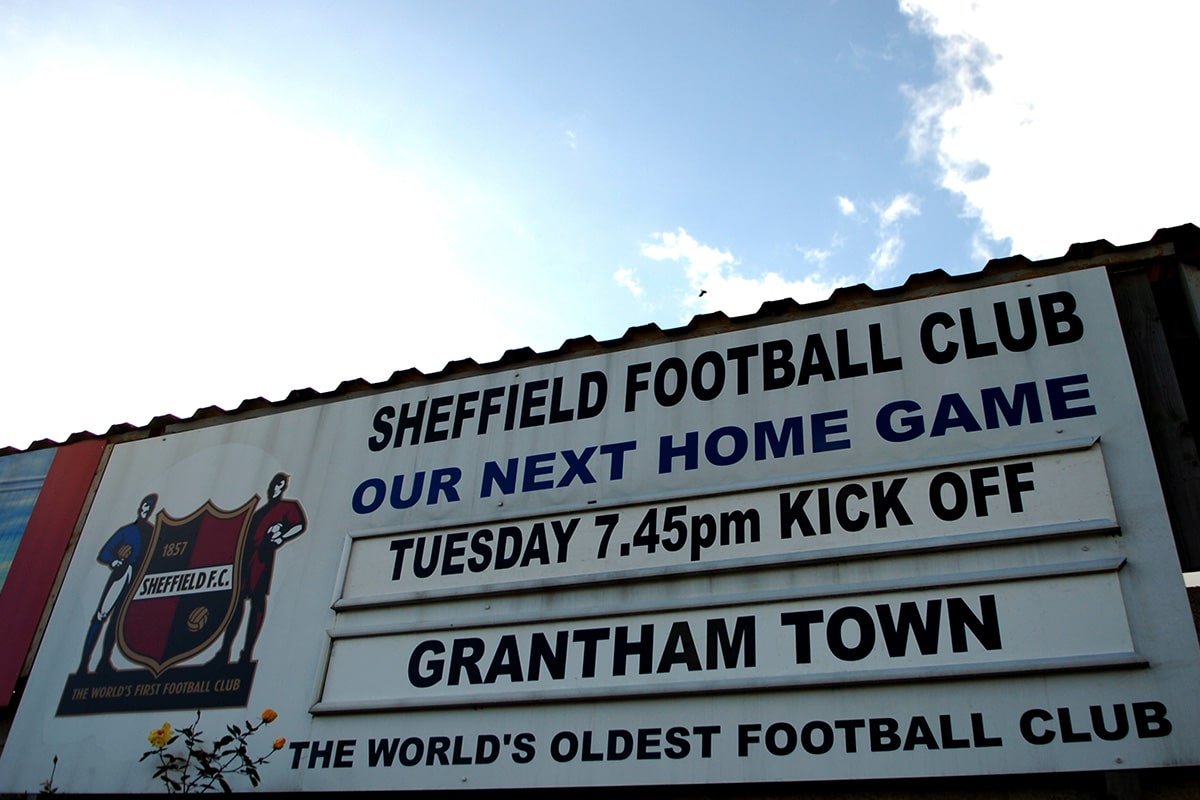 Sheffield finally entered the FA Cup in the 1873-74 season, reaching the Third Round before being knocked out by Clapham Rovers; but the impact they had made on the game was so much more than a good cup run. Their presence alone ensured that football had become something of an unstoppable juggernaut as the country now had a new national sport it could be proud of.

As the growth of the game continued at pace and the Football League was formed in 1888, Sheffield stuck to their guns and have since remained loyal to their amateur roots. And, what's more, this bastion of footballing ideologies continues to survive while standing by its principles in a world of multi-million pound contracts, massive sponsorship and huge TV rights packages.

These days Sheffield FC find themselves in the Evo-Stik League First Division South, but their presence alone is as valuable to the game as any promotion push, although it hasn’t always been plain sailing. When current Chairman and Sheffield Wednesday fan Richard Tims assumed control of the club back in 1998, after falling out of love with the modern, professional game, Sheffield had no ground they could call their own and their future appeared uncertain, to say the least.

Just three years later he'd helped secure the club a permanent home – the Coach and Horses Stadium, known as the ‘Home of Football,’ by the loclas and by 2007 the club were celebrating their 150th year of existence with a match at Bramall Lane against an Inter Milan side which featured Marco Materazzi and Mario Balotelli to name just two.

In keeping with their progressive past the club currently has a number of community teams; including three disability sides, six girls’ teams and a womens’ team, who compete in the WSL and are currently the highest-ranked side to not have a professional team in the men's game. 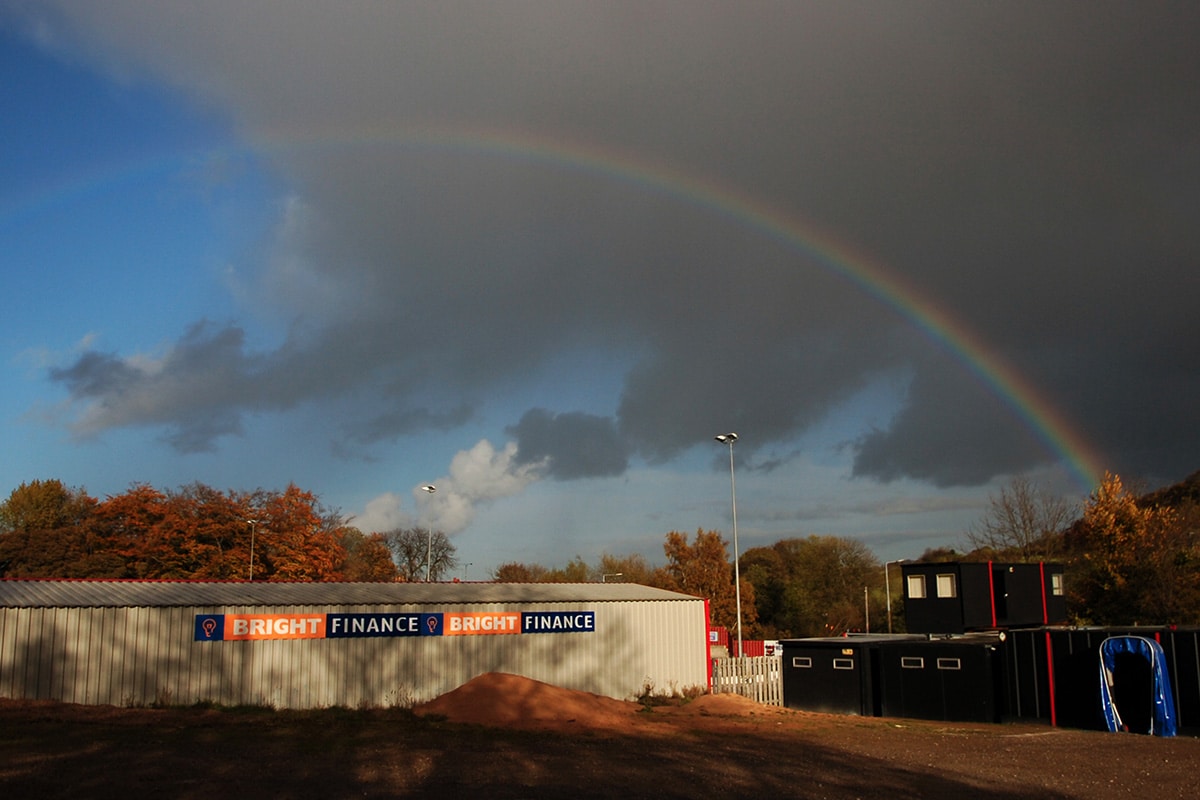 In 2004, Sheffield became only the second club in history to receive FIFA’s Order of Merit Award, a gesture that demonstrates the good relationship forged between the oldest club in the world and world football’s governing body. “The FA do support us and even came to our 150th celebrations,” Tims told the Daily Telegraph. “But FIFA have supported us more.”

“We get by on fresh air and goodwill, like when the organising committee for the Qatar World Cup donated £100,000 to the Sheffield FC women’s team a few years ago. We contacted every Premier League club, and asked them to donate their founding year in pounds, it can’t be anything more than £2,000. But only one club responded and donated and that was Aston Villa. It’s crazy really because every club originates from here.”

Accessible football and fan ownership is a hot topic at a time when more and more people are becoming disillusioned with a sport that has moved about as far away from its working class roots as it is possible to be; but thanks to a small club which was founded on the principle of sportsmanship and honest competition those values still remain strong, even if they are in the minority.

“William Prest and Nathaniel Creswick wrote the laws of the game for the love of the game and not for money,” Tims points out. “We want to remain as close to those principles as possible as 99.9% of people around the world don’t play football for money, they play for different reasons, that’s what our club represents.”