Sheff Utd make their return to the Championship at home to a fellow former Premier League side in the form of Birmingham. City struggled last season and Lee Bowyer is expected to face another long and hard season in charge of the Blues this time around.

Slavisa Jokanovic is Sheff Utd's first manager from overseas and we're expecting him to secure his first win in charge of the Blades this weekend. United won both of their pre-season games and have now picked up four wins from their last five matches, while Birmingham have lost three of their last five outings.

We're not expecting there to be many goals in this game and can even see Sheff Utd keeping a clean sheet. Three of the last four meetings between Sheff Utd and Birmingham have produced under 2.5 goals and the same can be said for three of the Blade's last five fixtures.

As far as a final scoreline is concerned, we're predicting a comfortable 2-0 win for Sheff Utd on Saturday night. The Blades have scored 9-goals in their last six matches and have only conceded once during that period. Birmingham have only managed to keep one clean sheet in their last five matches and failed to score on their last trip to Bramall Lane.

All you need to know ahead of Sheff Utd vs Birmingham

The Blades begin life back in the Championship

Slavisa Jokanovic has twice secured promotion to the Premier League with two different clubs and he is now being tasked with the same job at Sheff Utd. The Blades disappointed in the Premier League last season and clearly suffered from second-season syndrome. However, they remain one of the favourites for automatic promotion back to the top flight this season and we believe they will get off to a winning start against Birmingham.

Lee Bowyer guided Birmingham to safety last season but avoiding another relegation fight could prove tricky as he has not been able to bring in enough quality players this summer. Scoring goals was a major issue for the Midland's club in the last campaign and Bowyer will have to find a way to get the best out of Cosgrove, Jutkiewicz and Hogan if his team are to remain in the Championship for another season. 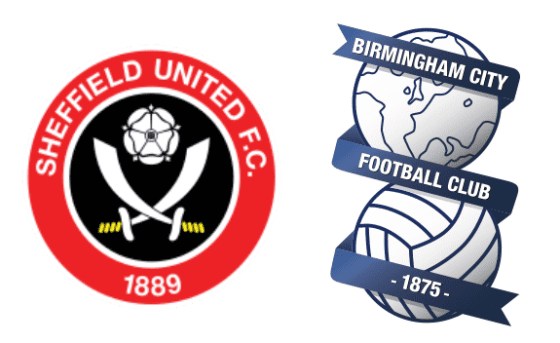