After finishing the first round of fixtures with a defeat, Shanghai Shenhua and Dalian Pro are seeking better fortunes when they go up against each other at the Kunshan Sports Center Stadium. This preview will focus on all the key aspects of the game.

Shanghai Shenhua finished the first round of games with a 1-0 defeat against Changchun Yatai thanks to a late goal by Wang Peng. Dalian Pro were convincingly beaten 3-0 by Shanghai Port in their last league encounter back in May.

Shanghai Shenhua to win the game

Shanghai Shenhua boast a strong home record with no defeats on this ground for almost a year. Guangzhou FC were the last team to beat Shanghai Shenhua on their own patch back in August 2020. Dalian Pro, meanwhile, have started the campaign with a lot of difficulties and they have suffered back-to-back away defeats. Even though the last two games between these two clubs have been a draw, Shanghai Shenhua have had the upper hand in the head-to-head numbers.

Shanghai Shenhua do not have an impressive defensive record, but they are up against an opponent who has only scored two goals in the first five matches. Dalian Pro are yet to score on the road. These numbers are likely to hint at a game in which only the home team will score the goals.

Shanghai Shenhua are aiming to cement the status in the top five and there is enough reason for the team to be concerned about their status in the top half. The last three matches for the club have ended up without any wins and they are in danger of being caught by the likes of Tianjin Tigers, who will be the next opponent after the game against Dalian Pro.

The back-to-back away defeats have increased pressure on Dalian Pro, who are just one place above the bottom. Apart from the narrow win over Tianjin Tigers just before the first break, the team has not had any joy. The lack of threat in the final third is one of the primary contributors to this poor run. 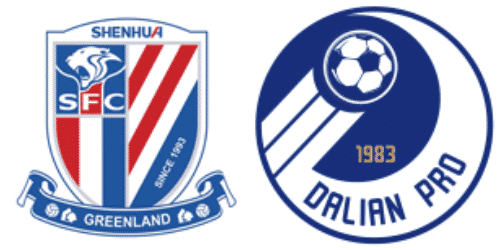