This preview focuses on the Chinese Super League match between Shanghai Port and Tianjin Tigers at the Kunshan Sports Centre Stadium.

Former Chelsea midfielder Oscar scored the only goal of the game from the penalty spot, as Shanghai Port were able to beat Hebei by a narrow 1-0 score. Tianjin Tigers suffered a 3-1 loss against top-spot chasing Shanghai Shenhua in a home match.

After a narrow 1-0 win in the last match, Ivan Leko will be targeting three points to extend the lead in the Chinese Super League group B. Shanghai Port have excelled in matches against Tianjin Tigers with 25 goals in the last six matches. In the games against Beijing Guoan and Dalian Pro, Shanghai Port have comfortably scored over 2.5 goals on their own. Even if Tianjin Tigers may not contribute to the goals, this game might end up producing a lot of goals.

The lack of away goals from Tianjin Tigers is one of the conspicuous elements of the team’s league campaign so far. There have been just four goals from Genwei Yu’s team and none of them have been on the road.

Shanghai Port have an impeccable record against Tianjin Tigers and they will count on extending this run to create a strong lead in the table. The team did have to work hard against Hebei in the last game, but it is victory that counts a lot. The result is quite crucial considering that it came just a few days after the draw with strugglers Wuhan – a result that could have been much worse in the context of the title race.

Tianjin Tigers are being sucked into a segment of their own with Wuhan and Dalian Pro seen as the primary competitors for the bottom places. The lack of goals is turning out to be a major problem for Tianjin Tigers. The club will not have Kadar available for this game following the straight red card against Shanghai Shenhua. 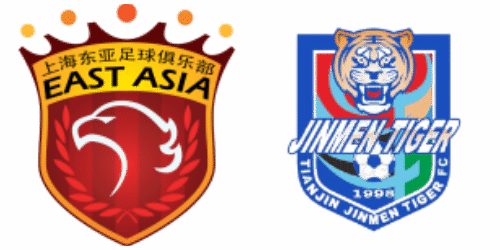 Where is the match scheduled? Kunshan Sports Centre Stadium