Shanghai Port remain at the top of the table despite a 1-1 draw with Beijing Guoan in an away match. Shanghai Shenhua suffered a disappointment at home after only managing a goalless draw with strugglers Wuhan.

Stalemate between the two teams

These are two evenly matched teams are many fronts. Both have been going through a mediocre form with Shanghai Port especially been unable to kick on after their exploits in the AFC Champions League. Shanghai Shenhua have lacked momentum against teams that defend well with numbers. Even though the restart began with back-to-back wins for Shanghai Shenhua, the team has looked less than spectacular of late and Shanghai Port might be able to use their home advantage to secure a draw.

Less than 2.5 goals in total

Shenhua were involved in their first goalless draw of the season, while Shanghai Port have been unable to break through packed defences in recent weeks. The last time Shanghai Port were able to get more than 1.5 goals in any match was back in the middle of May.

Goals from the two outfits

The scoring form of Shanghai Port has not been exceptional but the team has had a strong defence with four clean sheets in the last five games. However, the match against Beijing Guoan might see a turnaround on this front, while Shanghai Shenhua will be keen on getting back to score in ways after a blank against Wuhan.

Shanghai Port have been able to register no losses at home so far this season, but they have to work more on converting draws into victories. A return of just two wins in the last five games is one of the primary factors behind Shanghai Port being unable to build on their lead at the top of the table. Currently, Changchun Yatai and Shanghai Shenhua are too close to comfort for Shanghai Port.

The goalless draw against Wuhan raises pressure on Kang-hee Choi’s team. The team has displayed a lot of inconsistency in recent weeks and they have been able to get positive results only against the strugglers in the division. 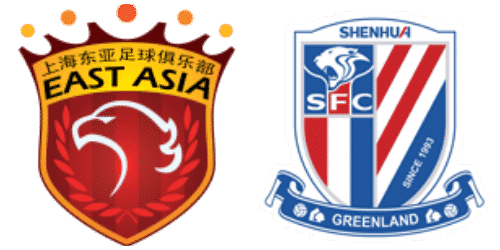