We’re back with another Chinese Super League betting predictions article. The game between Shanghai Port and Dalian Pro will mark round 5 of Group B of the Chinese top-flight.

Here is our team of experts take on the current match-up:

The odds are true at the time of writing but may change at all times. Check your betslip thoroughly before finalizing your bet. Our recommended bookmaker for this match is Ladbrokes.

Shanghai Port to Win to Nil

Being the clear favorite in this game, the odds for Shanghai Port's win are minuscule, so we are going with this little more enthusiastic bet. Looking into the most recent 5 games between these two clubs, we see 4 Shanghai wins and a single Dalian Pro win. 3 out of those 4 wins for the home team have been wins to nil. Furthermore, Shanghai is looking extremely well after the first 4 league rounds and has a 10-3 goal record, compared to the 2-5 of Dalian.

This match-up often produces a lot of goals, that’s why we are backing it to do this once again. There have been 8 previous meetings between the clubs, 5 of which have had over 2.5 goals. Back in 2018, Shanghai went on to win 8-0 against Dalian, and 3-0 in their most recent meeting, which ticks our boxes.

M. Arnautovic to score at anytime

The ex-Premier League striker and Champions League winner Marko Arnautović seems to have found his spot in the CSL. He joined Shanghai Port in 2019 after playing for Werder Bremen, Stoke City, and West Ham and has managed to bring a lot to the team. The Austrian has managed 24 goal contributions in 39 appearances, scoring 20 of them himself. In 2021 Arnautovic has scored 3 times in 4 games, and Dalian is a side that is likely to concede a lot.

Shanghai Port vs Dalian Pro: Pick from the best odds.

In this part of the article, we’ve provided you with some important stats as well as the best odds available.

Shanghai Port is one of the biggest constant threats to the league title. The club’s first and only CSL title so far came in 2018, but it has been scoring top 3 finishes in the last 6 years.

On the other hand, just 2 years ago Dalian Pro looked like the most promising club in the CSL, but things never worked out. It had everything – one of the best coaches in the world – Rafa Benitez and a serious investment in players. The club is currently struggling after letting go of 3 world star footballers who used to be in the squad – Yannick Carrasco, Marek Hamsik, and Salomon Rondon. Despite the financial boost, on the pitch, Dalian has been underperforming heavily losing 3 of its first 4 games, and having a goal record of 2-5. 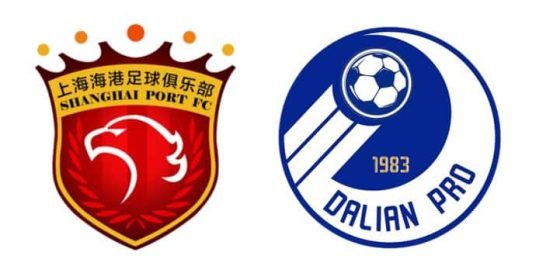 Some questions that you might have about the match