It was a one-sided affair the last time Shandong Taishan took the field against Henan Songshan Longmen. With home advantage on their side this time, Javier Pereira's men will look to give the league leaders a run for their money.

Henan Songshan Longmen have yet to taste defeat this season. On the other hand, Shandong Taishhasave binary results and not a single draw in their six league outings. It was Henan who proved to be too hot to handle in their last outing with a 4-1 victory. The three previous meetings have finished in favour of Shandong. As they meet on Matchday 7, we are favouring the hosts to return to winning ways against their previous destroyers.

The early June meeting between these sides saw five goals shared, more by Henan than Shandong. The previous meeting in the Chinese FA Cup was also a high-scoring affair where six goals were scored and finished in favour of Shandong. Moreover, with the exception of their 2-0 defeat to Zheijiang Professional, Shandong had scored in each of their league outings in the 2022 campaign. Henan has been on a good scoring feat and has only seen a goalless draw with Changchun Yatai being their only shut-out this campaign. We should see goals flow in both directions in their latest meeting as scorers make the most of this opportunity at the Luneng Big Stadium.

Shandong Taishan vs Henan SSLM: Check out the best odds and the latest stats

Shandong Taishan vs Henan SSLM: Check out the team lineups

The reigning Chinese Super League champions have had a troubling start to the 2022 campaign. They have already lost twice in their league outings and stare at the possibility of accruing a four-point advantage. Hao Wei will be aware of the importance of victory in this meeting as it not only curbs their rivals lead but also brings them to the summit of the points table.

Henan's tenth-place finish would be ringing warning signs in their own fans heads. However, the Red Devils cannot be brushed aside with ease and have shown their scoring prowess as well as ability to keep rivals in check. While they have the second-bast attacking numbers, it is at the back where they excel with a paltry four goals conceded in their six league outings. 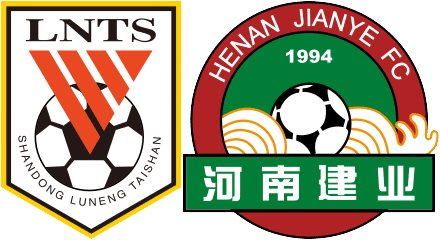 Where is the game being televised? Arena Sport.