The Chinese Super League group A matches this weekend will feature the tight contest between Shandong Taishan and Henan Songshan Longmen – two teams who are third and fourth in the table respectively. However, there is a substantial seven-point differential between the two clubs.

Shandong Taishan were beaten 2-1 by Fabio Cannavaro’s Guangzhou in a game that had huge repercussions at the top of the table. Henan Songshan Longman maintained their unbeaten run with a late 2-1 comeback victory over Cangzhou Mighty Lions.

After the first defeat of the season, Shandong Taishan will be keen to quickly and get back to winning ways and a home match against Henan Songshan provides a great opportunity with the visitors failing to beat Shandong Taishan in the last three meetings. Furthermore, Shandong Taishan have picked up two wins in this period. After struggling to get past Cangzhou Mighty Lions, this is a game which will be hard to deal for Henan Songshan.

The last two games between Shandong Taishan and Henan Songshan have featured less than 2.5 goals, but historically, this fixture has been quite the opposite. Henan Songshan might have scored over 1.5 goals in the last two home games, but their performance in away matches is not so great. The team has only managed over 1.5 goals in just one of the four away games this season.

The late goal against Guangzhou means that Shandong Taishan have scored in eight of the nine matches this season. Despite only managing two wins throughout the campaign, Henan Songshan have been able to get at least a goal in four of the last five games.

Shandong Taishan were given a wake-up call by the defeat against Guangzhou, who have moved to the top of the table with 18 points. The manner of the defeat will be particularly concerning for boss Wei Hao, who has seen his team come up with some good attacking performances this season.

A goalkeeper and a late goal were helpful in the unbeaten run experienced by Javier Pereira’s men to five matches. However, the team are still very reliant on home games to get their points. The away win over Guangzhou City in 2020 is the only major success on the road for Javier Pereira’s team. 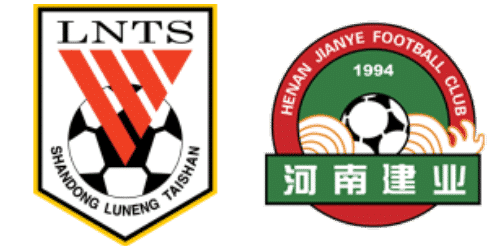