This is a preview which focuses on the Chinese Super League meeting at the top of the standings with leaders Shandong Taishan taking on Guangzhou City at home. The two outfits are separated by just three points coming into the game.

Shandong Taishan were unable to hold on to a lead twice in the game against Shenzhen, as they ended up during the encounter 2-2. Marouane Fellaini scored twice in the match. Guangzhou City were involved in a goalless draw with Cangzhou Mighty Lions despite dominating the game on several fronts.

Shandong Taishan look to extend their wonderful record against Guangzhou City. In the last six meetings, Shandong have claimed five victories and they have a wonderful psychological advantage coming into the game. In fact, one has to head back to 2016 to witness the last time Guangzhou City were able to claim a victory Shandong Taishan. After having opened up a three-point lead in this early part of the campaign, Wei Hao will look to keep his team in this position for longer.

Wei Hao has seen his team emerge with the highest goal difference of +5 the group A. Surprisingly, Guangzhou City are not far behind since Jean-Paul van Gastel’s men have also come up with the same number of goals in the opening five rounds. All but one of the last six meetings between these two clubs have produced more than 2.5 goals.

The recent game for Jean-Paul van Gastel’s team may have finished as a goalless draw against Cangzhou Mighty Lions, but they have been a strong team in the offensive areas. Shandong are no different with the team managing to score in all league matches so far.

Shandong Taishan had a mediocre conclusion to the campaign just before the break, as they were involved in back-to-back away draws against Henan Songshan Longmen and Shenzhen. These two results have been a black mark in an otherwise strong start. After winning the Chinese FA Cup last season, the team will be hoping for a more successful domestic league campaign.

Guangzhou City finished in the relegation bracket last season and they will be hoping for a better outcome in the 2021 season. So far, things are shaping up in a positive fashion with the team managing eight points from the opening five games in the season. 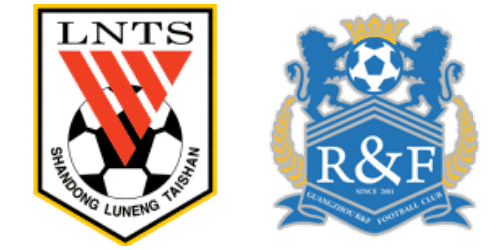