Shandong Taishan made little work of Changchun Yatai in their last outing and will have similar plans for Dalian Pro. It was a one-sided affair in their last meeting and both sides will want to impose their will in this Round 5 meeting.

It is difficult to look past Shandong Taishan in this meeting. Taishan scored four goals past Changchun in their last outing without allowing their rivals any respite. It was a similar case in their last duel with Dalian Pro as the visitors succumbed to a 4-0 defeat. With Dalian drawing three of their last four outings and the hosts adding the same amount of wins, we are backing Taishan to claim the three points on offer.

Dalian Pro have seen BTTS being realized in three of their last four outings. On the other hand, the stark opposite has been observed in matches involving Shandong Taishan. With four of their last five outings concluding without both sets of scorers represented on the scoreboard, we are backing a low-scoring affair with goals flowing in only one direction.

Shandong TaiShan vs Dalian Pro: Check out the best odds and the latest stats

Shandong Taishan vs Dalian Pro: Check out the team lineups

With three wins from their four Chinese Super League outings, Shandong Taishan stands as one of the few sides keeping pace with Wuhan Three Towns. Their defeat to Henan Songshan Longmen showed there is a long way for them to impose themselves and fight for the title. However, with a 4-0 win over Changchun Yatai, they gave a clear warning shot to all who questioned their chances.

Akin to Shandong Taishan, Dalian Pro have only tasted defeat in the 2022 Chinese top-flight campaign. While their next rivals have accumulated three wins, they have been held in draws at the same time. They will want to get over their slumber against Taishan, who are scoring goals for fun and took Changchun Yatai to the cleaners in their last outing. 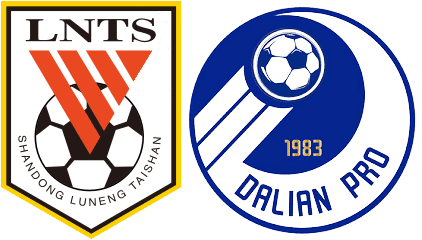 Who won the last h2h? 4-0 in favour of Shandong TaiShan.

Where is the game being played? Luneng Big Stadium (Jinan).