Shandong Taishan will look to continue their unbeaten streak when they go up against Chongqing Liangjiang at the Guangzhou Higher Education Mega Center Central Stadium.

Shandong Taishan remain unbeaten after seven games into the 2021 season. The team picked up a 2-0 win over Cangzhou Mighty Lions to register the first victory since the break. Chongqing Liangjiang lost three consecutive matches, as they were beaten quite comfortably by Shenzhen in the latest league encounter.

Shandong Taishan to win the game

Shandong Taishan are a strong outfit at home and the team has managed four wins in the last five games at home. It is even more remarkable that the club’s last home defeat was in September 2020. Chongqing Liangjiang certainly do not boast such form and the team is on course to losing four consecutive matches. Eui-ryong Jang’s men have also lost six consecutive games on the road.

In the last three defeats, Chongqing Liangjiang have ended up conceding seven goals with a meagre reply of just one goal. The overall figures might show that Eui-ryong Jang’s team has managed a goal per game, but it is really difficult to back the strugglers in an away match.

Chongqing Liangjiang certainly do not dominate the figures in terms of scoring goals. At the same time, Wei Hao have not been overwhelmingly superior teams in terms of goals. This is also shown by the fact that Guangzhou and Shanghai Port have a much superior goal difference numbers coming into the game.

Shandong Taishan continue to assert their superiority in the league despite failing to win the last game against Guangzhou City. The home draw certainly prevented Hao’s men from extending their lead even further in the table. After a string of draws, the win over Cangzhou Mighty Lions will be a good confidence boost for the defending champions.

Chongqing Liangjiang have the potential to slip into the bottom place of the group A if results do not show any signs of improvement. There were signs of recovering the form just before the break, but the team has been in freefall over the last few weeks. Bottom outfit Cangzhou Mighty Lions are now just one point behind, but Chongqing Liangjiang are in a worse position in terms of their momentum. 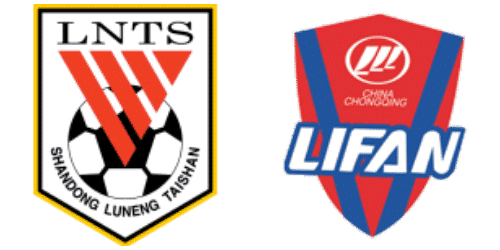