Shandong TaiShan meet Changchun Yatai in the Chinese Super League on Thursday, June 16th. The champions are hunting down their third win of the new campaign this week. Read our free predictions and find the latest odds for the fixture below in our detailed match preview.

Changchun Yatai’s unbeaten record is under threat when they travel to take on champions Shandong TaiShan on Thursday. Read our top three predictions for this week’s fixture below.

Defending champions Shandong TaiShan are starting to move up the Super League standings and having won two of their first three matches of the campaign, they look ready to push for more success on Thursday. Changchun Yatai have yet to taste defeat, however, they have failed to win any of their last 11 encounters with TaiShan and with that record biting into their resolve they should be opposed this week.

Changchun Yatai’s unbeaten start to the season should ensure that they aren’t beaten easily on Thursday and they could find joy in the final third in the form of a consolation effort against a Shandong defence that has already been breached four times in just three assignments. The champions have notched at least once in each of their last 19 Super League matches stretching back to last season however, so back both teams to get in on the act here.

Check out our selection of the best stats for Thursday’s contest below alongside a tool to help you choose the best odds.

Below, you can read all of the latest team news and injury info for Shandong TaiShan’s meeting with Changchun Yatai in the Chinese Super League on Thursday.

Shandong TaiShan made hard work of their trip to Guangzhou City on Sunday, though they eventually forced a win thanks to a second half goal from Marouane Fellaini. The giant Belgian is now back to full fitness, so expect him to take his place in midfield from the start on Thursday.

Changchun Yatai had to claw their way back to parity against Dalian Pro on Sunday, though the point they earned did allow them to maintain their unbeaten start to the campaign. Manager Chen Yang might resist the urge to make changes to his XI this week. 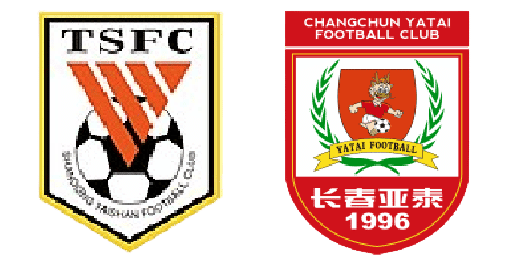 Shandong TaiShan and Changchun Yatai drew 1-1 when they last met in January.

Shandong TaiShan are the current champions in China.