Shakhtar Donetsk go up against Sheriff at the Oblasny SportKomplex Metalist for a Champions League match that has little repercussions in the table. Sheriff have defied expectations to book a place in the Europa League knockout stages. Shakhtar Donetsk are out of the competition and they will finish bottom of the group.

Shakhtar Donetsk remain in impressive form after managing a 6-1 success over Lviv in the Premier league. This was the fourth win in the last five games for Shakhtar Donetsk. Meanwhile, Sheriff were held to a goalless draw by Petrocub away from home.

Shakhtar Donetsk have little reason to go for a victory other than pride. The Ukrainian outfit have had a disappointing run in the Champions League group stages and this is unlikely to change even in the last group game. Sheriff have already picked up two wins in the 5 group games and the team has produced some surprising performances already. However, the focus from Sheriff may be to preserve the squad without suffering any major injuries.

This is a game between two teams have not been scoring a lot of goals, but they have been conceding plenty at the other end. Shakhtar Donetsk and Sheriff have allowed 10+ goals in the five group games so far.

Top Stats to Know ahead of Shakhtar Donetsk vs Sheriff

Shakhtar Donetsk have been immensely disappointing in the Champions League but the team will be hopeful that their recent form gives them in the hook for getting something from the final game. Since Sheriff have already qualified for the knockout stages of the Europa league, there is space for some squad rotation in the opponent section. This should favour Shakhtar Donetsk who will be without Lassina Traore, Junior Moraes, Alan Patrick, and Ismaily due to injury.

Sheriff are playing to retain momentum that they have built in Europe this season. After having been able to achieve more than expectation in the group stages, the real test for Sheriff begins now. The team will be without Moussa Kyabou for the game and Jasurbek Yakhshiboev is a big doubt.

Questions about Shakhtar Donetsk vs Sheriff 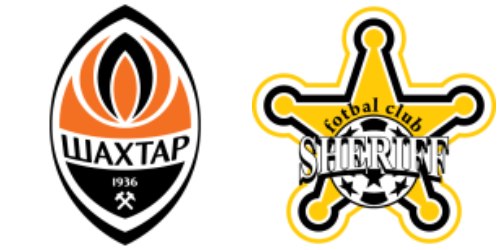 Which team is the favourite to win? Shakhtar Donetsk