The situation in Group D of the Champions League is very interesting after the first two rounds, but things should be a bit clearer after the Shakhtar Donetsk vs Real Madrid duel on Tuesday. So, here's our preview of the game.

You can find the best free Champions League predictions on our website, including the Shakhtar Donetsk vs Real Madrid betting tips:

After a shocking loss at home to Sheriff in the last round, Real Madrid will have to find their form again and beat Shakhtar or the things will get more complicated for them. Our prediction is for this top happen since Real Madrid is clearly the better team and Shakhtar will host them in Kiev, away from their home city of Donetsk. Furthermore, Shakhtar is not in best form at the moment either.

Three of the last four head-to-head meetings between Shakhtar and Real Madrid have gone over 2.5 total goals, so we expect the same to happen in their upcoming duel as well. In fact, all three of those games have also gone over 3.5 total goals, so it's obvious that these two teams like to play high-scoring matches whenever they meet.

The French striker has been fantastic last season, but he seems to be doing even better in this one, including his great performances for the national team in the recently finished Nations League, which France won. In addition to this, he already scored nine goals for Real in La Liga and found the net once in the first two Champions League matches.

The latest odds and stats for Shakhtar Donetsk vs Real Madrid

If you are looking for the best Shakhtar Donetsk vs Real Madrid odds, we can offer you our selection of odds from different bookies:

Shakhtar Donetsk vs Real Madrid preview: Can Real recover from the shock?

After the first two matches in Group D of the new Champions League season, Shakhtar Donetsk has only one point. They drew with Inter Milan at home after losing to Sheriff in Moldavia. Meanwhile, Shakhtar is doing well in the Ukrainian league where they are currently second behind Dinamo Kiev, with eight wins, two draws, and a loss. Matvilenko, Moraes, Traore, and Konoplyanka are all out at the moment due to injuries.

The team from Madrid had a furious start of the new season, but then they slowed down a bit, culminating in the shocking loss in the previous Champions League round when they were defeated at home by Sheriff. Real is still in good position since they beat Inter in Milan in the first round, but they've shown certain weaknesses so far. In La Liga, Real Madrid is currently in the second place, only behind Real Sociedad. Real Madrid currently has six players on their injury list. 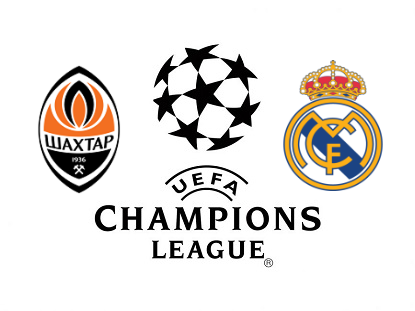