Despite having a summer clearout at the San Siro, Inter Milan are flying high in Serie A. The Nerazzurri's attention will be on the Champions League as they face a familiar foe in Roberto De Zerbi and Shakhtar Donetsk on September 28.

Here are our predictions for Shakhtar Donetsk vs Inter Milan.

Sheriff Tiraspol proved they deserve to be in the Champions League with a 2-0 upset win over Shakhtar Donetsk. The Ukrainians will want to give a better account of their abilities against Inter Milan but we believe a similar result awaits them, this time at the NSC Olimpiyskiy Stadium. While the Miners are on a three-match winning streak, they have yet to win against the Nerazzurri in five attempts.

Meetings between Inter Milan and Shakhtar Donetsk in last season's group stage ended in goalless draws. Both teams are in stark contrast to their prior selves and it will be on exhibit for the footballing world to see. Roberto De Zerbi's men have scored 12 goals in their last three outings, while the tally stands at 11 for the visitors. With 23 goals shared between them from their last Champions League outing, we expect this fixture to conclude with an Over 2.5 total goals.

Shakhtar and Inter suffered humiliation in the opening round of their group stage adventures, failing to get on the scoreboard in the process. Their scoring efficiency took a sharp upturn following the fateful results. Both sides have plenty to prove and both managers will want their charges to take the fight to their rivals. Inter Milan have seen goals on both ends in their last three matches and that should be the case as they travel to Ukraine for this fixture.

Shakhtar Donetsk vs Inter Milan: Check out the best odds and the latest stats

Roberto De Zerbi has transformed Shakhtar Donetsk with his brand of free-flowing football. The former Sassuolo manager is enjoying his first taste of Champions League football and got a rude awakening as Sheriff Tiraspol secured an upset win against the Ukrainians. He now faces a familiar foe as Inter Milan arrive to test Shakhtar's resolve. With his charges scoring 12 goals and conceding just once since that fateful defeat, all the ingredients for a feisty affair are here.

Simone Inzaghi will be well-versed with what awaits Inter Milan. The former Lazio manager had plenty of run-ins with Roberto De Zerbi. The Nerazzurri also have a history with the Miners, facing them for the fourth time in thirteen months. They will want a better result this time around after registering goalless draws in their last two meetings. Caution will be thrown in the wind and plenty of chances will be created as the onus is on attacking proficiency rather than defensive solidity. 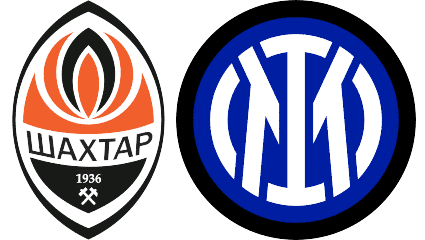 Where is the game being played? NSC Olimpiyskiy Stadium.

Who are the players to watch? Lassina Traore (Shakhtar Donetsk) and Lautaro Martinez (Inter Milan).