Sevilla were held to a 2-2 draw by Deportivo Alaves in the recent La Liga match at home. Sevilla have managed two wins in the last five matches. Wolfsburg were also held to a 2-2 score in the recent domestic league match, but the German outfit did well to comeback against Arminia Bielefeld after falling two goals down in the 54th minute.

The Champions League has not been a happy hunting ground for Sevilla who are winless in the last six matches in this competition. Apart from a solitary win over Rennes, the last 12 months in the Champions League have been very difficult for the Spanish club. Wolfsburg will be a high after coming back from 2-0 down against Arminia Bielefeld during the weekend. The German outfit are in a position to reach the knockout stages and they would not be looking to throw this position away with a defeat in this game.

Sevilla and Wolfsburg returned from international action with a domestic game which witnessed over 3.5 goals each. However, there is a lot at stake in this game. Both teams would not be in a mood to lose this match. This could result in a tight game with less goalmouth action.

Wolfsburg will be delighted that Sevilla have managed just one clean sheet in the last Champions League games. Even though Sevilla are likely to miss some key players, they have been offensively good over the last few games.

Top Betting Odds and Stats for Sevilla vs Wolfsburg

Sevilla’s hopes of qualifying for the knockout stages of the Champions League is hanging by a small thread. The inability to snatch wins even when they are not playing well has been the reason for Sevilla’s downfall in the group stages so far. The club will be without Youssef En-Nesyri and Jesus Navas, while Suso and Gonzalo Montiel are doubtful.

Wolfsburg may try to qualify for the knockout stages by winning the home game against Lille on matchday six. They need to stay in the competition until then and a draw would suit the team very well in this regard. William is out injured, while Florian Kohfeldt might also miss Xaver Schlager and Bartosz Bialek.

Questions about Sevilla vs Wolfsburg 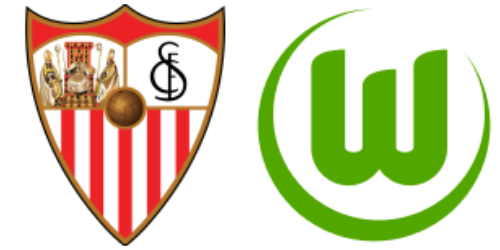 Where is the match scheduled? Ramon Sanchez Pizjuan

Which team is the favourite to win? Sevilla