Sevilla's La Liga title race looks like it will ultimately run out of steam making this competition their best chance of silverware. Will they win here to set them up for a more comfortable second leg? Find out with our Sevilla vs West Ham match preview with free tips, predictions and odds mentioned along the way.

Sevilla come into this match as favourites with the bookmakers and we agree; we can't see past a Sevilla win. The Spanish side are in good form at home having won seven of their last 10 drawing the other three. West Ham meanwhile look to be paying the price of having a small squad. They've only won one of their last five games whilst their away form is rather drab with just two wins in 10. They've lost three of their last five on the road and needed extra time to get past non-league Kidderminster too. The best result for West Ham here will be that they still have something to fight for back in London.

The next tip we're looking at on this game comes from the total goals market and we are backing under 2.5 goals. Sevilla have gone under 2.5 in three of their last five matches with a game average of just 2.0 goals per game. West Ham have also gone south of the all important 2.5 mark in three of their last five and whilst their game average is higher than Sevilla's at 2.4, it's still under the mark we are concerned about. Throw in the fact this is a big occasion and a glut of goals are unlikely.

All the stats & odds for Sevilla vs West Ham

Sevilla vs West Ham: Check out the team lineups

After both sides have had very good seasons on the domestic front it looks like they'll fall short of the ambitious targets that have been talked about by outsiders during their campaigns. That puts this competition into a position of greater importance for both.

Sevilla aren't out of the La Liga title race as it stands; it is looking more and more unlikely as the weeks tick on though. They shouldn't be disappointed though as the fact they're in the conversation is a huge achievement. They have pedigree in the Europa League though so will fancy their chances here.

West Ham have long been in the mix for a top four spot in England. It's not a title race like their hosts but given the strength of the league it would be a massive result for them. It won't happen now though. One of their key players is Declan Rice; winning this competition might be their only way of keeping him past the summer.

The final word on Sevilla vs West Ham 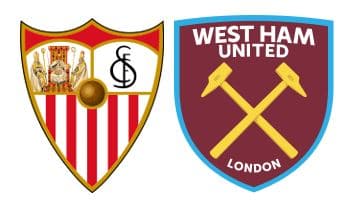