The first match of the new edition of the Champions League is the Sevilla vs Salzburg duel. With that in mind, we have an in-depth preview of the match and some betting predictions just for you.

Our free betting tips for Sevilla vs Salzburg

If you are need help with Champios League betting tips, take a look at our best predictions for the Sevilla vs Salzburg duel:

The team from Sevilla has won the Europa League many times, but they've failed to achieve any kind of big success in the Champions League so far. This could change this season and their first obstacle is Red Bull Salzburg, a good Austrian team. Despite the fact that Salzburg is not a bad team, Sevilla is better and they are playing at home, so our first prediction is for Sevilla to win this game.

The Austrian league is known for teams who score many goals, including Red Bull Salzburg. With that in mind, our next prediction is for this match to go over 2.5 total goals. After all, four of the last five games played by Salzburg in all competitions have gone over 2.5 total goals. However, the same thing happened in just one of the last five matches played by Sevilla.

Both teams have scored in four of the last five matches played by Salzburg across the board, but this only happened once in the last five Sevilla matches. Still, we expect both teams to score in this game since Salzburg will definitely play offensive football from the start and they should find a way to score at least once. Meanwhile, Sevilla is the favourite and we expect them to score for sure.

The best odds and stats for Sevilla vs Salzburg

If you wish to bet on the best Sevilla vs Salzburg odds, check our selection of odds from the best betting UK websites:

Sevilla vs Salzburg preview: A very entertaining duel ahead

The team from Seville had one of their best runs in La Liga last season, despite finishing the season in fourth place. So, the team entered the new season with a lot of confidence and went on a great run of three wins and one draw in the first four rounds. Granted, they also had a pretty easy schedule, but the team is obviously in good form. Now it's time for Champions League for Sevilla, which will be without Idrissi and Gudelj in their first game.

The Austrian champions struggled for years to break the barrier and get out of the CL Qualifications and into the main draw, but this season they were pretty confident and convincing in the last round of the Qualifiers against Brondby. In any case, Salzburg has won their last five games in all competitions and they can hope for a good result against Sevilla. However, they will miss Junuzovic, Konta, and Valici due to injuries.

The most common questions for Sevilla vs Salzburg 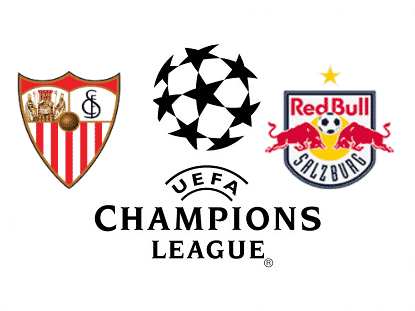