The last game on Sunday in the first round of La Liga is the Sevilla vs Rayo Vallecano duel. Read our in-depth preview of the game to learn more about it and to get some free betting tips.

Our top betting predictions and tips for Sevilla vs Rayo Vallecano

If you want to find the best La Liga predictions, check our website and our top Sevilla vs Rayo Vallecano betting tips:

Sevilla to Win with Handicap (-1)

The home team is the clear favourite in the game after their fantastic last season, especially since they are playing with a newly-promoted Rayo Vallecano. In addition to this, four of the last five head-to-head meetings between these teams have ended with a win for Sevilla, while the last two matches have ended 5-0 and 4-1 for them. So, our prediction is for Sevilla to win the game by at least two goals.

Sevilla to Lead at Half Time

Since we expect a convincing win for Sevilla in this game, we also expect them to lead at half time as well. After all, this has happened in four of the last five h2h duels between these two teams, so there's no reason to expect anything else in this match either, especially since the difference in quality between these teams is so obvious.

Four of the previous five meetings between Sevilla and Rayo Vallecano have gone over 2.5 total goals, so this is something that should happen in their upcoming duel as well. That being said, Sevilla averaged 2.26 goals per game last season in La Liga, while Rayo Vallecano averaged 2.19 goals per game in Segunda. Still, their recent head-to-head record suggests that we can expect many goals here.

The best stats, odds, and more for Sevilla vs Rayo Vallecano

If you are trying to find the top Sevilla vs Rayo Vallecano odds, check our list of odds for this game from some of the best UK bookmakers:

Sevilla vs Rayo Vallecano preview: Can the guests surprise everyone?

For a long time Sevilla was right there in the title race, but they ended in the fourth spot after the exciting finish of the season. The same result would probably please Sevilla and their fans this season as well, but the team has potential to make a step or two more. The team did sell one of their more important players Bryan Gil for £30 million to Tottenham, but they also brought Eric Lamela and a reliable Serbian keeper Marko Dmitrovic from Eibar.

Many people were surprised to see that Rayo Vallecano earned the promotion from the Spanish Segunda through playoffs since they barely secured a spot in them in the first place. However, Rayo Vallecano played their best football when it mattered the most and they've eliminated Leganes and Girona in the process. The team bought a few players from lower Spanish leagues for a total of around £4 million and sold Luis Advincula for £2.2 million. In any case, it seems clear that Rayo Vallecano will fight to stay in La Liga next season. 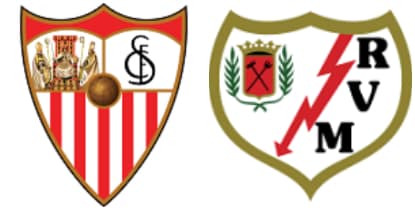