The Sevilla vs Lille duel in the upcoming Champions League round could be a very interesting one, so let's take a closer look at the game and what we can expect to happen in it.

Our free betting tips and picks for Sevilla vs Lille

If you are looking for the top Champions League betting tips, you've come to the right place. So, here are our predictions for the Sevilla vs Lille duel:

While the first match between these two teams in the group ended without any goals, we expect this game to end with a win for Sevilla. The Spanish team is in much better form and they have been great this season, although they are still waiting for their first win in the Champions League. We think that it's high time for them to get that win.

Just like the first match, we also expect the second game between Sevilla and Lille to end with fewer than three goals. After all, just one of the first three matches played by Lille in this competition ended with three or more goals. On top of that, all of Sevilla's matches in the group have gone under 2.5 total goals.

The best stats, odds, and more for Sevilla vs Lille

If you want to bet on the best Sevilla vs Lille odds, you can check our selection of odds taken from the best UK bookies:

Sevilla vs Lille preview: Can Lille break the poor run?

The Spanish team has drawn in all three of their Champions League matches, which in their group is enough to put them in second place. Of course, that also means that the race for the top two spots is widely open. Meanwhile, Sevilla has been great in La Liga this season and they are currently in third place, one point behind Real Sociedad at the top. Papu Gomez and Delaney are injured and unlikely to play in the game against Lille.

The reigning champions of France are unlikely to come close to repeating this feat since they have only managed to collect 15 points from the first 12 games in Ligue 1 this season. In the last five matches in all competitions, Lille has one win, two draws, and two losses, including the draw in the first match with Sevilla. Lille still has a chance to progress from the group if they can string a few wins together. Botman, Jardim, and Yilmaz are due to miss the upcoming game with injuries. 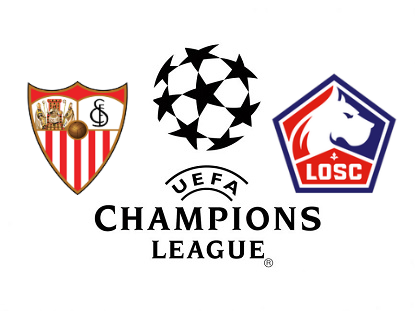