The third match of La Liga's Saturday schedule is the Sevilla vs Espanyol duel. With that in mind, we have prepared a detailed preview of this match just for you.

Our top free predictions for Sevilla vs Espanyol

If you are struggling to find the right bet for La Liga matches, including the Sevilla vs Espanyol duel, check our faovurite betting tips for this game:

The simple fact that Sevilla beat Espanyol in four of their last five meetings should be enough to support our prediction, but that's far from everything that's going Sevilla's way ahead of this duel. Sevilla is also the better team, they're playing at home and they are in much better form than Espanyol, so it's clear that Sevilla should win this match.

Although three of the last five head-to-head duels between Sevilla and Espanyol have gone under 2.5 total goals, this match seems destined to go under that line. For example, Sevilla is averaging exactly 2.00 goals per game so far in La Liga, while Espanyol averaged 1.5 goals per game in their six matches in the league this season. So, we won't be surprised to see a low-scoring duel between these two teams.

Since we don't expect to see many goals in this game, we also don't think that both teams will score in this match. First of all, both teams have scored in just two of the previous five h2h duels between Sevilla and Espanyol. Secondly, both teams have only scored in 40% of Sevilla's matches in La Liga this season, while the same is true for just 33% of all Espanyol games in the league so far.

Top odds and stats for Sevilla vs Espanyol

If you want to bet on the best odds and check out the latest stats for the Sevilla vs Espanyol duel, check them all out right here:

Sevilla vs Espanyol preview: Can Espanyol put up a fight?

After they hung in the title race for nearly the entire last season, Sevilla started the new season in the same rhythm. In their first five matches, they managed to win three times and draw twice, so they are in a pretty good form. A draw against RB Salzburg at home could be considered as a slipup, but Sevilla had to play a large chunk of that match with a player down. Suso and Torres are the only two player's on the team's injury list, but they are considered questionable and not yet ruled out of the next match.

The newly-promoted Espanyol started their return season in La Liga with one win, three draws, and two losses. So, after the first six rounds, the team is currently sitting in the 13th place in the standings, which is not too bad for them. Calero, Herrera, and Puado are injured and out of the upcoming Sevilla duel, while Bare and Miguelon are questionable. 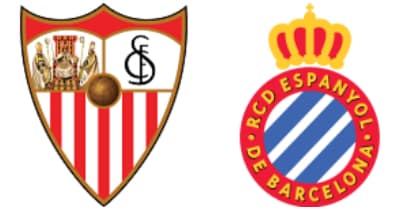