The Sevilla vs Alaves duel in the upcoming La Liga round might not sound like a particularly exciting one, but it could still turn out to be an interesting match. So, here's our preview of the game and our free betting tips.

Our free Sevilla vs Alaves betting predictions and picks

If you want to check our best La Liga betting tips, you can find them all on our website, including our top picks for the Sevilla vs Alaves duel:

Alaves to Win with Handicap (+2)

Only one of the last five meetings between Sevilla and Alaves has ended with Sevilla winning by two or more goals – the rest were close matches decided by one goal. Now, Sevilla is in great form and a clear favourite here, but Alaves is on a four-game streak without a loss, so they could put up a serious fight here. Furthermore, Sevilla will be without their primary offensive weapon En Nesyri and they have a very important match in Champions League scheduled for Tuesday, so we expect to see a close game here.

Sevilla and Alaves to Draw at Half Time

Since we expect to see a close match decided by one goal at most, we also think that the two teams could be tied at half time. After all, three of the last five head-to-head duels between Sevilla and Alaves have been equal at half times, so this seems like a perfect match to follow the same pattern since both teams are in good form at the moment.

Four of the previous five h2h duels between Sevilla and Alaves have gone under 2.5 total goals and we can see the same thing happening in their upcoming match as well. In addition to this, Alaves averaged 1.92 goals per game this season, which is the second-lowest average in the league. Meanwhile, Sevilla averaged 2.33 goals per game, which is not that high either.

The latest odds and useful stats for Sevilla vs Alaves

If you are looking for the top odds for the Sevilla vs Alaves duel, you can check them all out right here, on our website:

Sevilla vs Alaves preview: Can Alaves surprise us again?

With 27 points from the first 12 games in La Liga, Sevilla is currently third in the standings and just one point behind Real Sociedad in first place. So, it's the team has done well so far, especially in the last five games in which they have four wins and one draw. Things aren't as rosy in the Champions League for Sevilla, but the team still has a chance to qualify if they can do well in the last two rounds. Navas and En Nesyri will miss the Alaves duel with injuries.

After a horrendous start of the season, Alaves first surprised everyone by beating the defending champions Atletico Madrid and now they have gone on a streak of four games without a loss, winning three of them and drawing with Barcelona. That was enough for the team to climb to the fourteenth place in the standings, but they are still just two points away from the relegation zone. Another positive for Alaves is their clean bill of health.

The most common questions for Sevilla vs Alaves 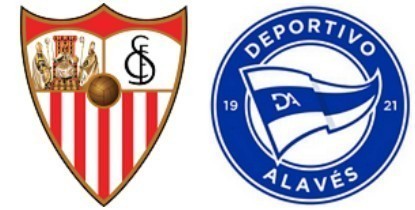