Having already won the Scottish League Cup and secured a sixth consecutive Scottish Premiership title, Celtic could seal a domestic treble this season with victory over Aberdeen in the Scottish Cup final.

Clearly, Brendan Rodgers’ first term has been an impressive one, all the more so when considering his side have, thus far, gone the entire domestic campaign without defeat. In 44 Scottish league and cup fixtures, they have won 40 and drawn four.

However, their experiences on the continent were vastly different.

After edging beyond Lincoln Red Imps, Astana and Hapoel Be’er Sheva in the Champions League qualifying rounds, Celtic were thrashed 7-0 by Barcelona in the Camp Nou, failed to win a single group game and exited Europe altogether before Christmas.

With his intention to leave a legacy at the club, Rodgers will no doubt want to build on this in 2017/18.

Here, we identify seven players Celtic should target to help them in Europe next season. 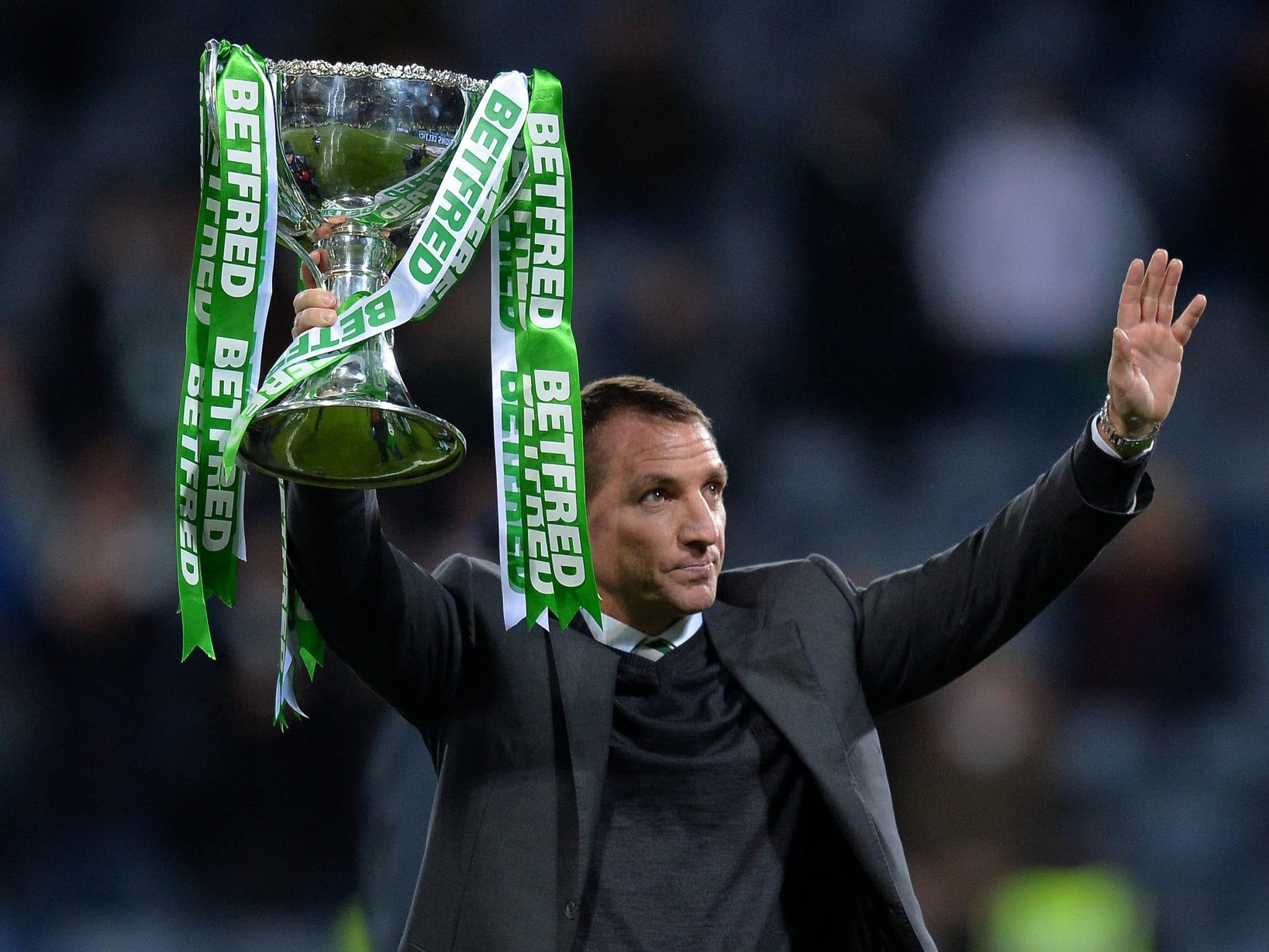 This season, Balotelli has reminded everyone of his talents.

Hitting 15 goals in 23 league games, he was one of the key sparks in Nice’s surprising Ligue 1 title challenge, re-finding his best form after a difficult few years with AC Milan and Liverpool.

The 26-year-old hasn’t lost any of his trademark audacity, as seen in his team’s recent clash with Paris Saint-Germain.

He fired home the opener to help his side to a 3-1 win and, later on in the match, went on a wonderfully directionless jaunt down the touchline, teasing his marker and drawing a foul.

Balotelli didn’t thrive under Rodgers’ auspices at Liverpool, but his combination of moxie, strength and finishing would be welcomed at Celtic. And, considering he is out of contract this summer, he would be available on a free transfer.

All three of the goalkeepers in Celtic’s first team squad are over the age of 30. On top of this, the No.1, Craig Gordon, has not appeared entirely comfortable – particularly when coming off his line – this term.

Thus, it would not be surprising to see Rodgers target a new shot-stopper this summer. And if he does, Costil should be high up the list of targets.

The 29-year-old has been one of the most consistent goalkeepers in France over recent seasons, leading to an international cap last year.

His contract with Rennes is set to expire and, while Bordeaux have emerged as favourites for his signature, he has been linked to the Glasgow giants in the past.

That season, the home-grown full-back established himself on the left flank of the back four, earning an England cap on the back of excellent performances at club level. Since then, however, injuries have seen his career decline.

Having endured an underwhelming year on loan with Burnley, Flanagan could be tempted to work with Rodgers once again in a bid for personal revival.

And, with Celtic in need of a quality right-back, the attack-minded 24-year-old could suit the club's needs.

Celtic’s midfield tends to be populated by diminutive, technically gifted players, such as Stuart Armstrong, Callum McGregor and James Forrest. Their skill, invention and verve is core to Rodgers’ tactics, which Bojan would suit.

The former Barcelona academy graduate has spent the second half of this season on loan in the German Bundesliga with Mainz, suggesting he is no longer needed by Stoke.

Not only is he therefore a hypothetically realistic target, but his touch and creativity would be perfect for the Scottish champions.

Celtic are interested in James McCarthy as he is unhappy under Ronald Koeman. (Source: Daily Record) pic.twitter.com/CbqjlizOSh

With Scott Brown about to turn 32 years of age in June and uncertainty over the true quality of Nir Bitton, Celtic would be wise to bring in another midfield ball-winner in the upcoming transfer window.

Everton’s McCarthy should be their number one target to strengthen this area.

The 26-year-old Irishman has an intimate understanding of Scottish football having been born and raised in Glasgow and come through Hamilton Academical’s youth system. He would also provide strength, technique and stamina to Rodgers’ midfield.

READ MORE: JOHN TERRY: A PREMIER LEAGUE STAR LIKE NO OTHER

As solid as the central defensive partnership between Jozo Simunovic and Erik Sviatchenko is, Celtic could do with some strength in depth at the heart of their back line. With this in mind, rumours linking Terry with a move to the club make a good deal of sense.

The 36-year-old stopper is set to depart Chelsea after almost two decades with the English champions, and a move north of the border would give him another crack at Champions League football.

In return, he would bring a wealth of experience to the Hoops’ youthful defence.

Being named Heart of Midlothian Fans’ Player of the Year was just reward for Walker, who has hit double digits for both goals and assists this term. Incredibly, international recognition has continued to elude him, though a big move could be on the horizon.

Celtic are well-stocked in the attacking midfield department, but the nimble 23-year-old fits the team’s profile so well it would be silly not to include him on this list.