Ryan Sessegnon is no longer the unknown hot prospect in Fulham’s academy anymore.

It’s been hard to avoid the hype surrounding the teenager since he made his senior debut for the Whites in August 2016, aged just 16.

His impressive form saw him make 30 appearances in all competitions, scoring seven goals to clinch a place in the PFA Championship Team of the Year at left-back, making him the youngest player ever included.

One of the hottest prospects in Europe

His performances have attracted attention from across Europe, and Football Whispers understand the teenager is a Tottenham Hotspur transfer target with the North Londoners desperate to land the England youth cap.

He was named by Gazzetta dello Sport as one of the 30 best under-20 prospects in Europe in March last year, alongside Ousmane Dembélé, Gianluigi Donnarumma, Marcus Rashford and Kylian Mbappé.

Sessegnon has received endless praise from team-mates, with Stefan Johansen saying: “It’s 99 per cent certain he will be one of the top left-backs in the world.”

Neeskens Kebano has also eulogised about him. “Sessegnon is going to be the future of English football – he is that good,” he said.

“Sometimes, you forget how young he is. We speak in French, and often when I ask him for his opinion about certain things, I suddenly realise he is too young to answer the question.

“And when we stay in a hotel the night before a game, he’s not allowed to be alone in a room because he’s under 18 years old.

“But if you only had to judge him by what he does on the field, you would never think he is his age.

“Is he the best young player I’ve ever seen? Put it this way, I have worked with many, many young players, but he is the most talented for his age.”

Kebano could be right, but Johansen may not. There is no doubt Sessegnon is a great prospect, but his future may lie further forward – just like Gareth Bale.

With Tottenham leading the race for Sessegnon, the comparisons with Bale will only increase.

The former Spurs winger became one of the best in the world after moving forward from left-back, using his pace and finishing to deadly effect at the top of the pitch.

Sessegnon has the ability to do just that – Fulham fans will tell you that is his best position. It’s no coincidence that his best performances this season have been in a more advanced role as part of the front three.

Playing there against Cardiff City he netted his first goal of the season a poacher’s effort from inside the box. Sessegnon was in the right place in the right time, something he has made a handy habit of doing.

And he produced a man-of-the-match performance against Sheffield United playing further forward, scoring his first professional hat-trick in a 5-4 win at Bramall Lane in what was his 50th appearance for Fulham.

Playing further forward also saw him put in his best performance of last season, too, in a 3-1 win at Newcastle United. The teenager he ran the show at St James' Park and Geordie legend Alan Shearer even tweeted about his brilliance.

Sessegnon scored twice and won an injury-time penalty which Tim Ream missed. The teenager wanted to take it, too, and could have recorded his first professional hat-trick as a 16-year-old.

His two goals against the Magpies underlined how deadly he can be. 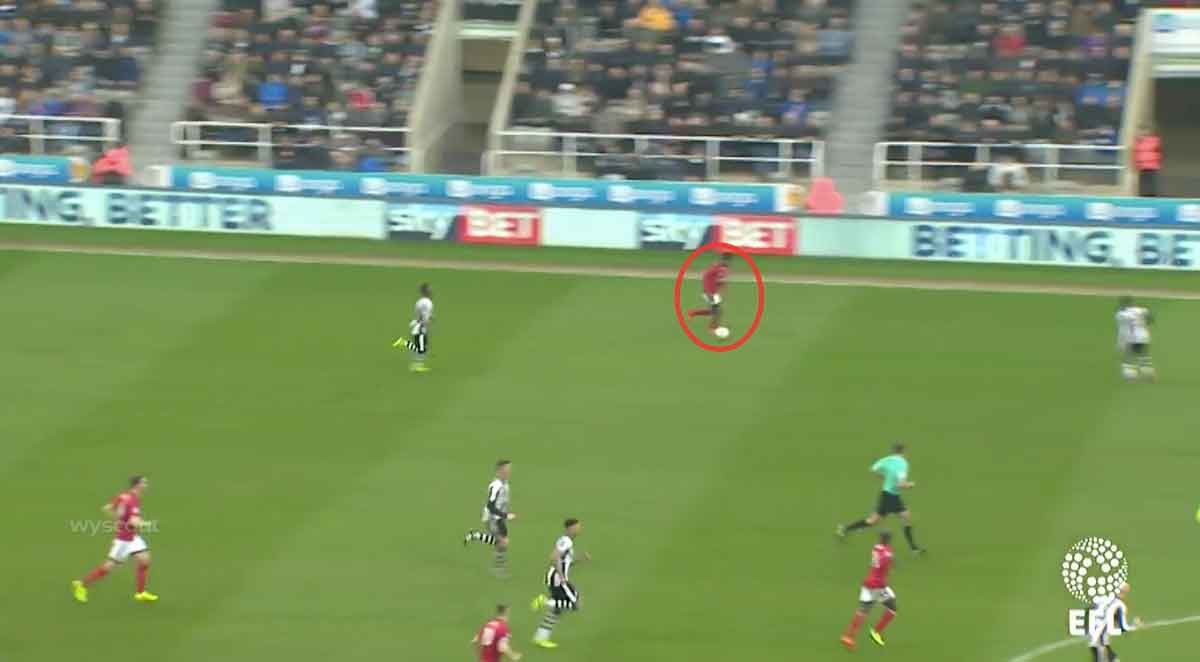 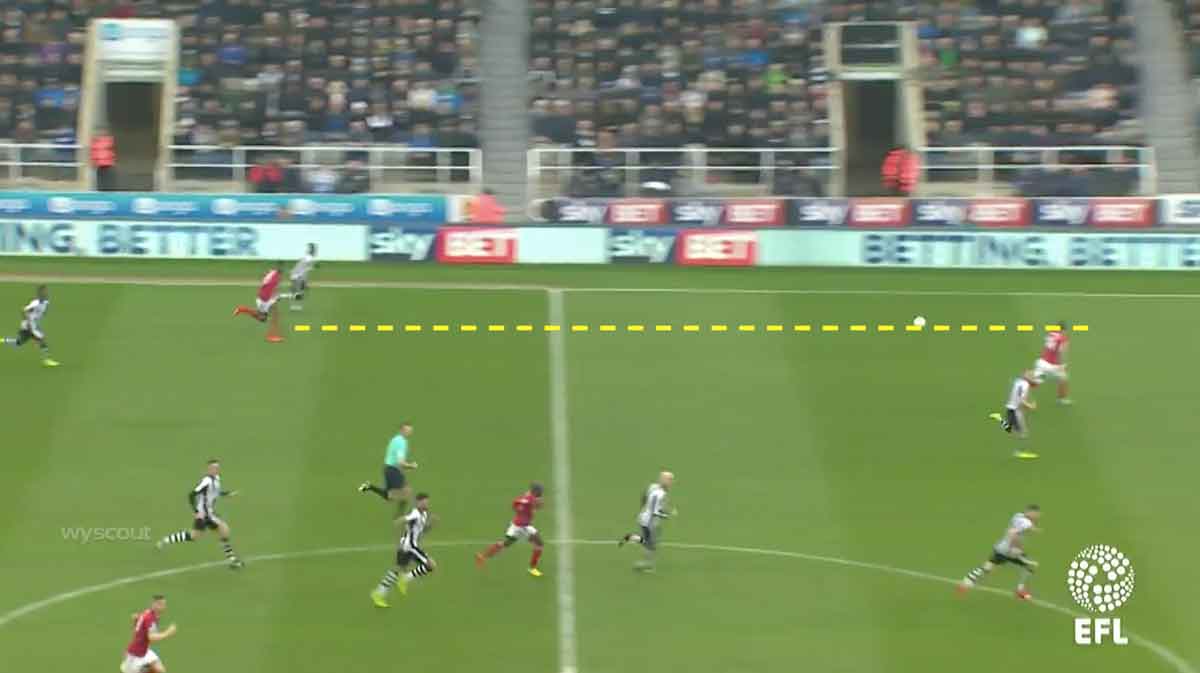 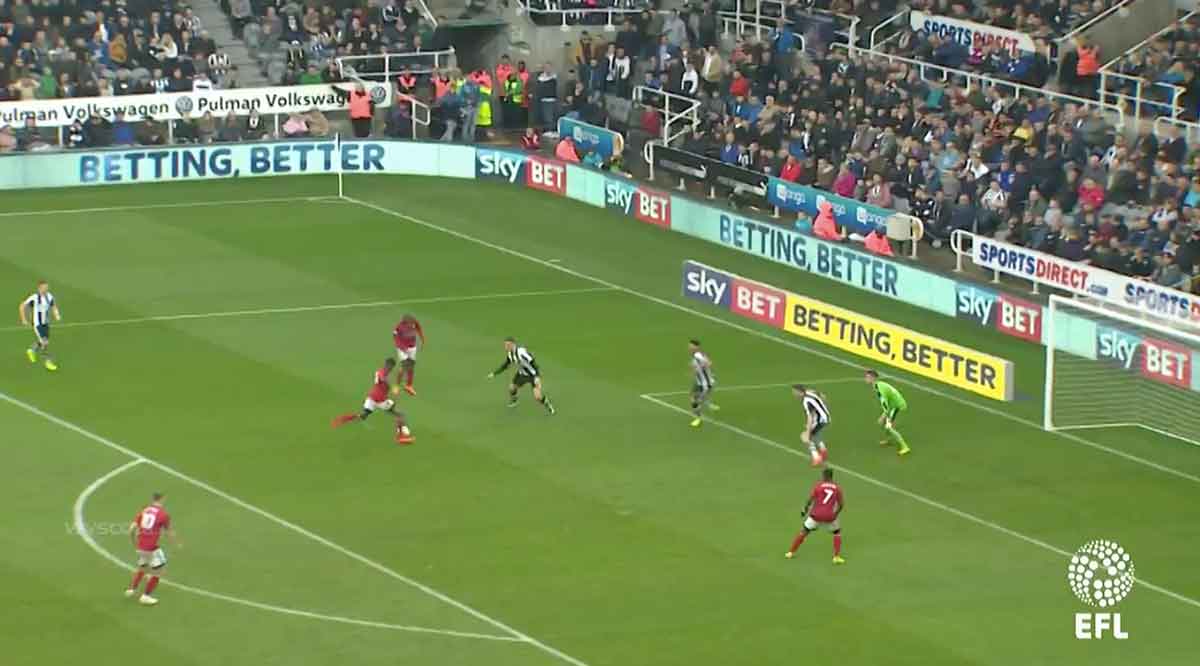 In his first image (above), he picked the ball up straight from goalkeeper David Button, running at the Newcastle defence who were caught up field, before playing a perfect ball to Johansen.

The ball was worked into the box before it fell to Sone Aluko who back-heeled it to Sessegnon. The teenager needed just one touch to put it past the keeper, demonstrating the instincts of an attacker. 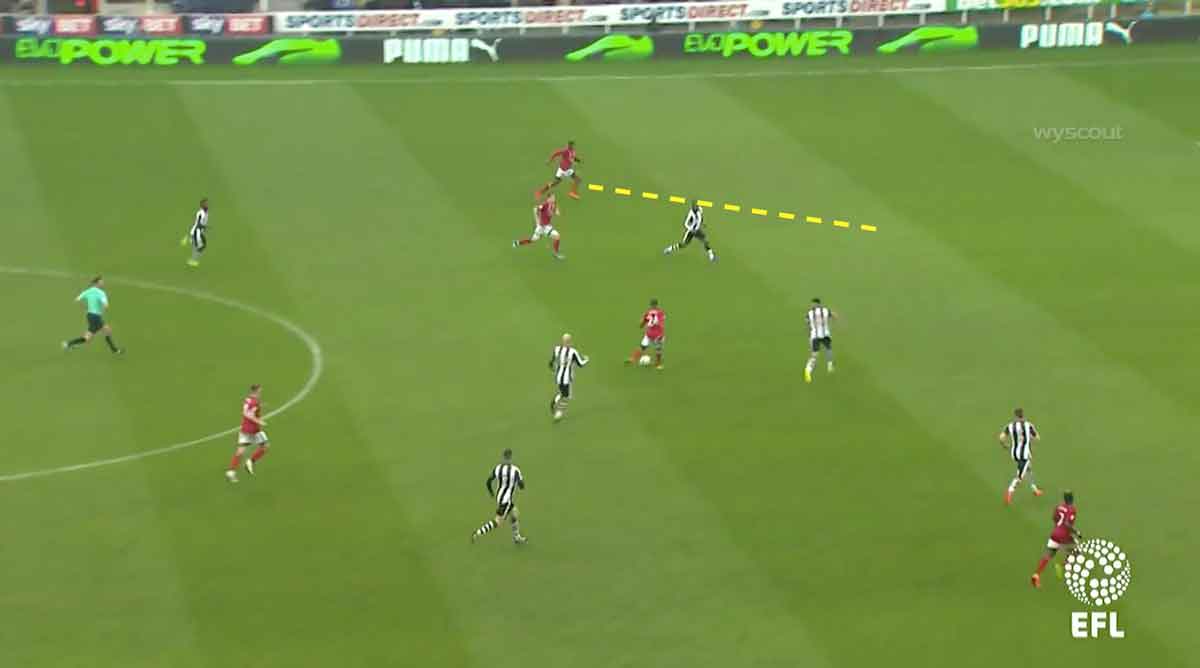 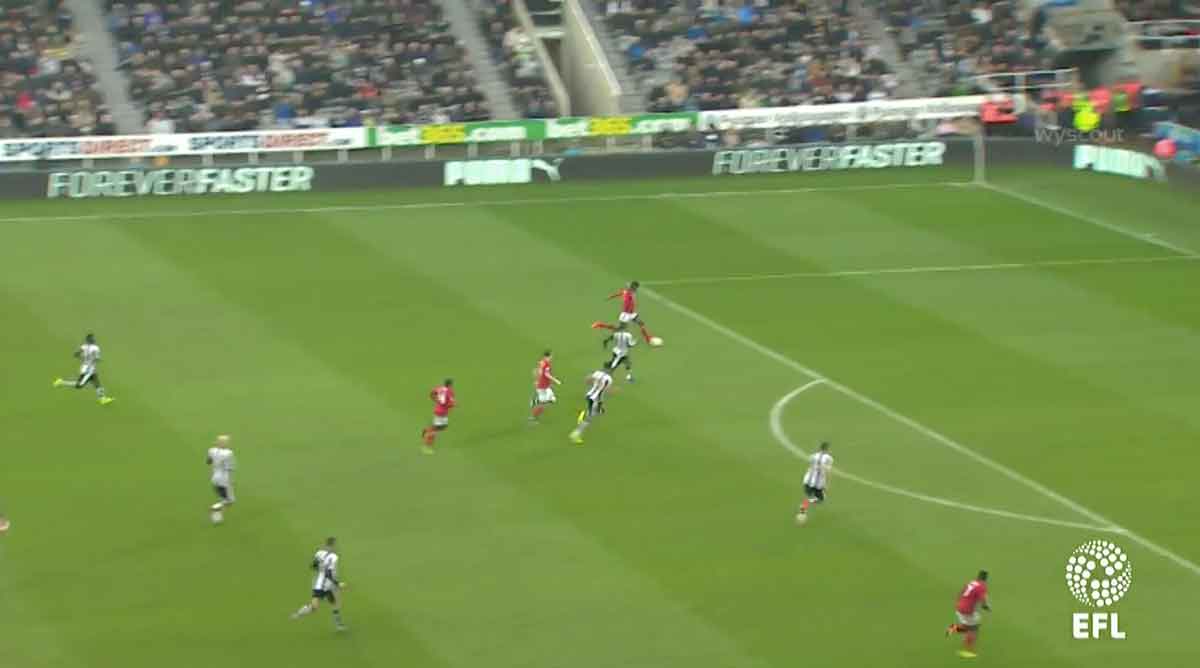 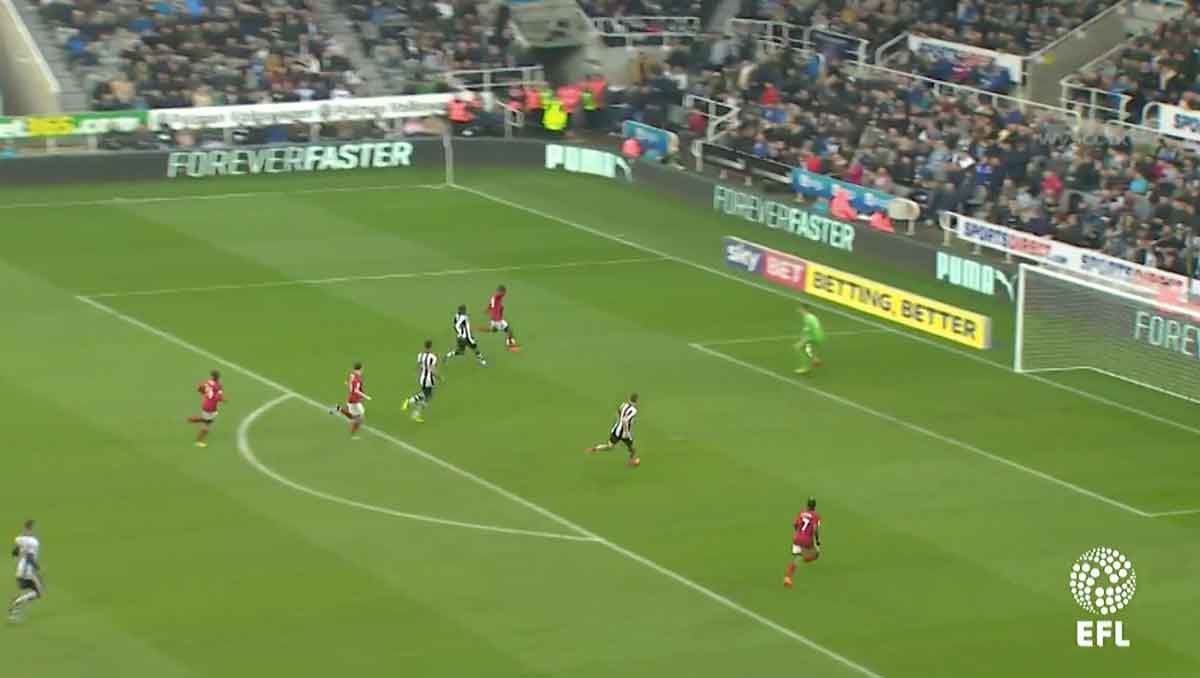 His second (above) also highlighted those killer instincts. With Newcastle stretched, he made the perfect run for Aluko to send him through on goal, only needing one touch before smashing it past the goalkeeper.

He could bomb forward from full-back, or wing-back, like Danny Rose. But playing Sessegnon in a more advanced position gets the best out of him.

He doesn’t have to worry as much about his defensive responsibilities. Although he still tracks back, it’s not his main focus. When facing tricky wingers last season, such as Wolverhampton Wanderers’ Hélder Costa, Sessegnon struggled.

He is only 17 and is learning all the time, and his defensive skills will improve over time.

Indeed, it was on the wing where he played for England's youth team this summer, scoring three goals and finished the European Under-19 Championships as joint top-scorer as the Three Lions were crowned champions for the first time.

While Sessegnon continues to impress there, it seems only a matter of time before he copies Bale and permanently moves further up the pitch – and there’s no reason why he can’t aim to emulate the Welshman’s level of success too.