As hard as it is for casual observers today to believe, Juventus were once not even the best team in their city. During the period immediately before and directly after World War II, the team known as “Il Grande Torino” utterly dominated the Italian football landscape. Led by their simply phenomenal Captain Valentino Mazzola, the Granata won five consecutive Serie A titles despite the league taking a two-year hiatus during their peak due to the conflict that raged across Europe.

The team was decimated by the Superga tragedy, a plane crash which wiped out the entire club and plunged them into a decline from which they have never truly recovered. As the 1950’s began, AC Milan and neighbours Inter became the new leading forces, with Fiorentina also claiming a Scudetto as Juventus laboured to consecutive ninth-place finishes in 1956 and 1957.

Gianni Agnelli had seen enough. A man of both exquisite taste and incredible self-motivation, he would eventually make FIAT one of the world’s foremost car manufacturers and had a burning desire to do the same with his football team. Deciding money was no object, l’Avvocato – “The Lawyer” – decided that he would look to build his first super team, capturing some of the finest talents of that or any other generation as he looked to return the Old Lady to the top of the table.

The side already boasted Giampieri Boniperti, a genuine Juventus legend who became their all-time leading goal scorer and appearance maker. Despite being fully-established as a prolific striker and the biggest name in town, Boniperti happy accepted a move into midfield in order to accommodate other players.

Thanks to Agnelli’s lavish spending these would be no ordinary players either, with John Charles the first to land. The Welshman would quickly settle into the Italian way of life and his own credentials are incredible, but he owed much of his success with the Bianconeri to the man who joined shortly after Charles’ move from Leeds United.

Indeed, in a forward line that became known as “Il Trio Magica,” there is little doubt that Omar Sivori was the one who regularly delivered the magic. He had fought his way into the River Plate side as a teenager, helping them to win three league titles while also delivering a Copa America victory for Argentina. 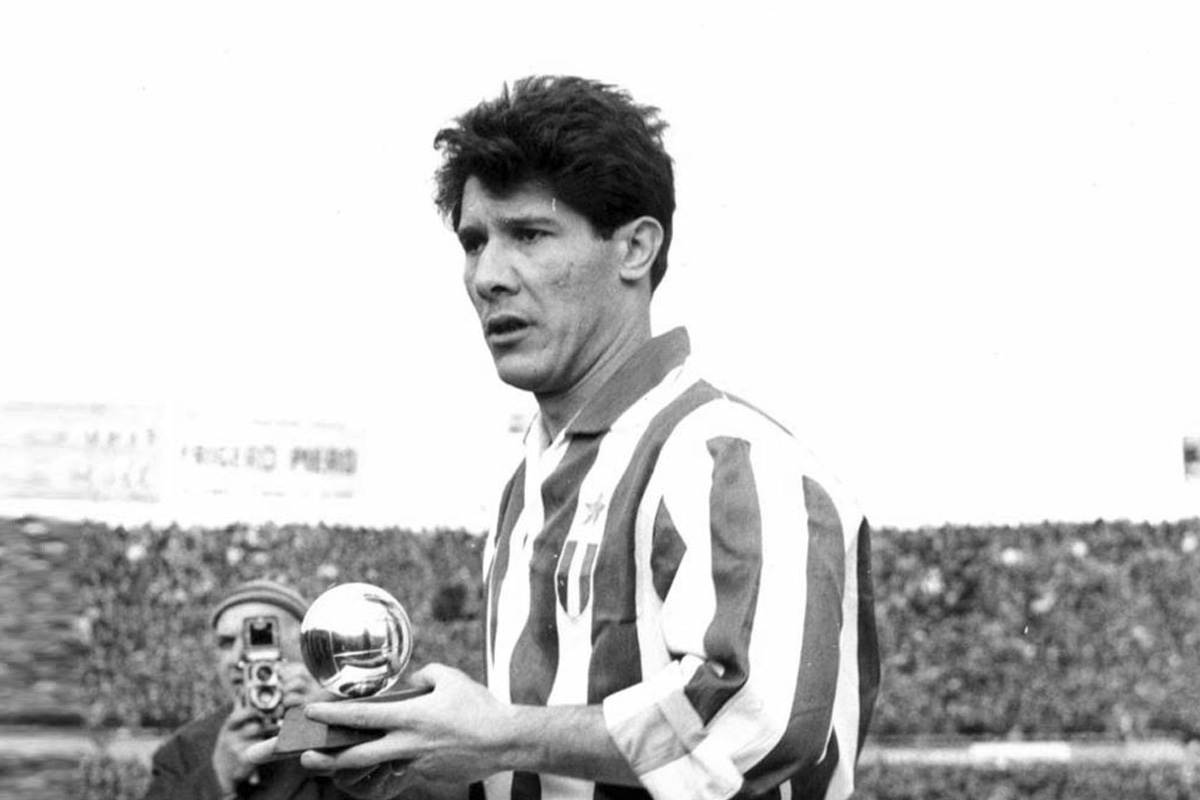 Those performances prompted Juve to spend what was then a world record sum of £91,000 to sign him, and El Cabezon – “Big Head” – would prove to be worth every penny. While Charles and Boniperti were dignified and classy, Sivori was short, stocky, tenacious and brilliant, certainly not adverse to football’s darker arts and his on-field histrionics were an anathema to the traditional “Juventus Style.”

Folklore has it that Charles was once forced to slap his strike partner in the face during a game just to calm to fiery playmaker, but opponents found him simply impossible to stop. Sivori took great delight in not only beating defenders but embarrassing them, often dribbling past the same player twice just to prove he could.

With his socks pushed down around his ankles, he tormented would-be markers with delightful skill, full of feints, step overs and deceptively fast changes in both direction and speed. He would also pull hair, kick shins and taunt those who attempted to block his path to goal, but for those who cheered the Bianconeri their new number 10 was a revelation. His first season with the club saw Juventus clinch the 1957/58 title by eight points, with Sivori playing in 32 of the 34 games and contributing 22 goals.

The Argentinian continued his devilish ways for three more seasons, tricking countless defenders with his love of nutmegging them before either netting himself or creating a goal for the stoic Charles. Two more Scudetti and two Coppa Italia triumphs followed, with Sivori claiming the league’s scoring crown with 27 goals in 31 games then adding 26 in 27 matches in the following campaign.

In 1961 his great play was recognised as he was named Juve’s first ever Ballon d’Or winner, while he had also claimed a record for most goals in a single game for the club. The Bianconeri defeated Inter 9-1 in a farcical match which was a replay due to a cancelled fixture earlier in the season. 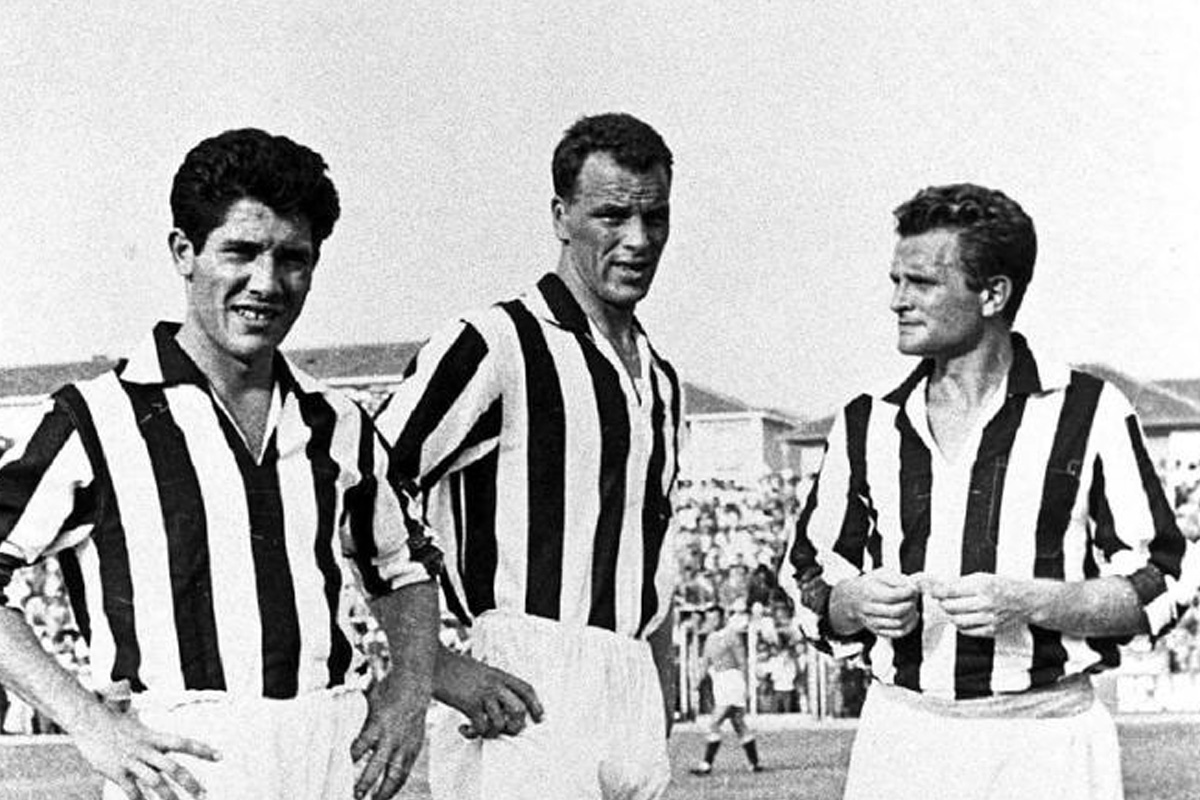 Initially awarded as a win for Inter, the result was revoked, a decision which meant the Nerazzurri had no hope of clinching the title and thus opted to field their youth team. Juventus ran riot as Sivori scored six times, but it would be Boniperti’s last game for the club. Handing his boots to an assistant as he left the field, the venerable Captain told him to “put these away, I won’t be playing again.”

Charles also left and returned to Leeds, leaving Sivori alone to carry the burden. He did so valiantly, pushing the team to a European Cup win against Real Madrid by scoring the only goal in the first win by any Italian side at the Bernabeu. Sadly, due to differences with Coach Heriberto Herrera he would leave for Napoli in 1965 and almost inspired them to an unlikely title win too.

He would play four years in Naples, his career ending when he received a lengthy ban for kicking a Juventus player, and went on to manage a number of teams in his native Argentina. Sivori sadly died in early 2005, after suffering pancreatic cancer for a number of months and having lived with very little money due to being so poorly advised during his playing career.

When he left Juventus he was the club’s second highest goal scorer, behind only Boniperti despite playing just 215 games. He has since been passed in the list by Del Piero, Robert Bettega and David Trezeguet, with the Frenchman taking his crown as highest scoring foreign player.

His impact should never be forgotten, a whirlwind of a player who was Maradona-esque before Diego was even born. Omar Sivori was far from an angel, but he was the first great Juventus number 10.