When looking back at what made Serie A great throughout the late 1980’s and early 90s, many things stand out. The European success was undoubtedly a major factor, teams from across the peninsula regularly contesting the finals of UEFA’s showpiece events and they did so in some truly fantastic kits. Parma’s iconic yellow, white and blue colours captured the imagination, as did the rare beauty of Fiorentina’s vibrant and unique all-purple shirts while the bold stripes of Juventus, Milan and Inter were all instantly recognisable.

Yet above those eye-catching details, it was clearly the plethora of great players responsible for drawing such widespread attention, the likes of Marco Van Basten, Walter Zenga and Edgar Davids bringing fans across the globe to Italian football. Strong links to the Premier League helped too, with players such as Luca Vialli, Gianfranco Zola and Fabrizio Ravanelli moving to England while Paul Ince, David Platt and of course Paul Gascoigne went in the opposite direction.

However, perhaps one detail above all others kept viewers tuning in to Serie A; the magic of the men wearing number ten. Seemingly every club handed that prestigious shirt to a great player, from Roberto Baggio at Juventus and Napoli’s Diego Maradona to Gheorghe Hagi of Brescia and Manuel Rui Costa with both Fiorentina and Milan. 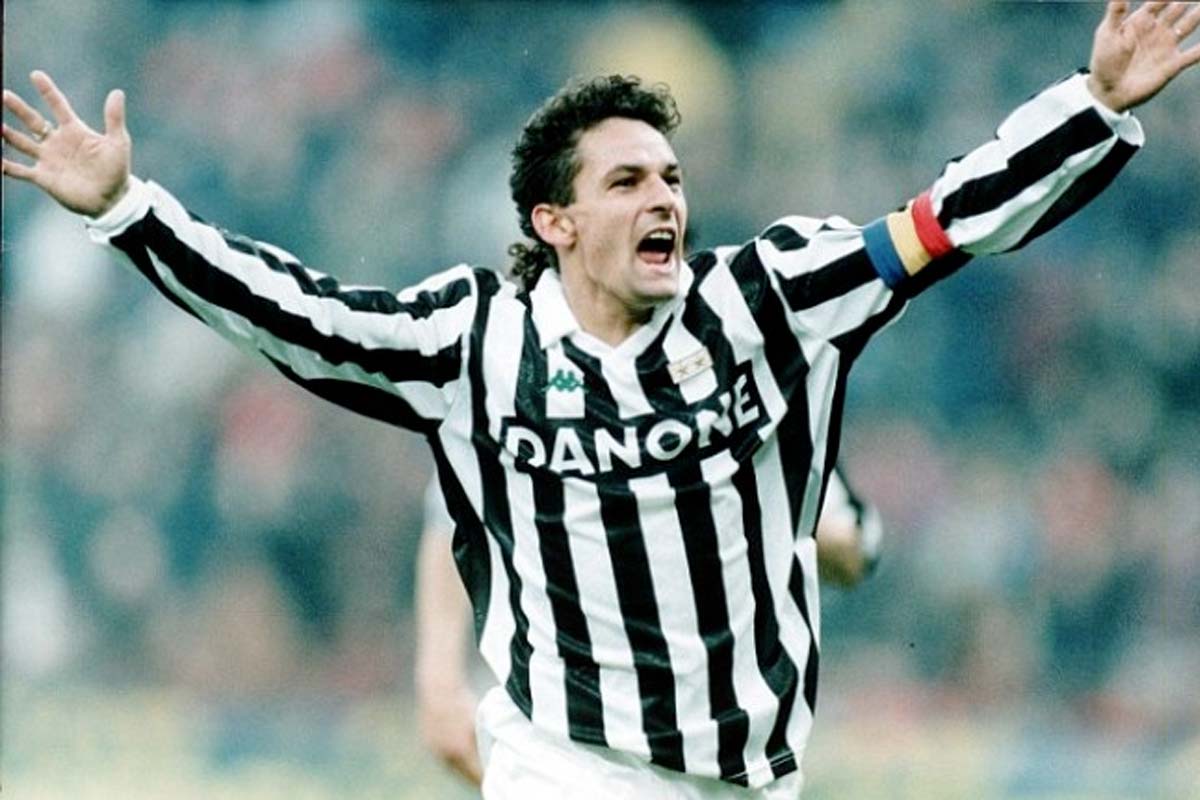 Seeing these players perform every Sunday afternoon was to witness magic, their skill and sleight-of-foot confusing defenders and fans alike as they tormented opponents and created goals in equal measure. Dancing across the grass, they were seemingly always in complete control of the ball, the game played to a tune they conducted with every touch. Teams relied on their brilliance to open up the most resolute and tactically aware back lines the sport has ever seen, while players lining up against them were unafraid to deliver a swift kick to the shins should the opportunity arise.

Slowly, through a combination of mismanagement and poor marketing, La Liga, the Premier League and even the Bundesliga supplanted Serie A as the most prestigious stages, while the Champions League allowed viewers to watch the very best from across the continent in a single competition. Italian football began to fade, its allure and its coefficient ranking slipping almost in tandem, the peninsula no longer presenting players with the attractive destination and lucrative contracts it once could.

At the same time, the use of the trequartista began to die out, more and more teams abandoning the position and opting for other solutions. Andrea Pirlo became a deep-lying playmaker and Luciano Spalletti made Francesco Totti one of the game’s first incarnations of the “false nine” that would become increasingly prevalent across Europe, players once destined for a career tucked in behind the strikers instead now deployed elsewhere.

Not too long ago, La Gazetta dello Sport ran a feature bemoaning the loss of the traditional number 10, the pink newspaper looking at the players who filled that shirt at the various clubs in the Italian top flight for 2016/17. Juventus and Napoli have left it unassigned in 2016/17, the former seeing their vacated by Paul Pogba while the latter has retired it from use to honour their iconic star Maradona.

Number either vacant or on bench of most @SerieA_TIM teams pic.twitter.com/j85QKzySOe

Others have given it to wingers or strikers, with Alessandro Matri (Sassuolo), Felipe Anderson (Lazio) and Adem Ljajić (Torino) among the many ill-suited recipients. That is perhaps better than in years gone by, where Chievo once inexplicably handed the no.10 to goalkeeper Cristiano Lupatelli, but it shows the lack of players capable of continuing Serie A’s long-standing tradition.

Two clubs who do benefit from having stars whose skill-set certainly befits the honour are the Tuscan pair of Empoli and Fiorentina, the former building their side around 24 year old Riccardo Saponara. With eleven assists last term he is certainly the creative force in Giovanni Martusciello’s 4-3-1-2 formation, and while Federico Bernardeschi cannot match his output – and has often played as a wing-back under Coach Paulo Sousa – he too is blessed with those same talents and last year told La Nazione what wearing the number ten means to him:

“It was a bit of a special choice, but I've been Viola for many years and I wanted to try wearing that number. I want to bear it with honour, without presumption. Having the number 10 on my back is a source of pride. I feel many eyes pointed on me, it's a feeling that gives me great incentives.

“For a young player like me, being appreciated is very important. It gives me confidence and pushes me to always give my best for this shirt, on the pitch and in training.”

Still somewhat inconsistent, his cause has not been helped by Sousa’s search for a solution to La Viola’s stuttering attack, but his potential for greatness is certainly evident. Equally obvious are the traditional no.10s hiding in plain sight, the players who have either chosen or been forced to wear another number, a group lead by Napoli’s homegrown star Lorenzo Insigne. 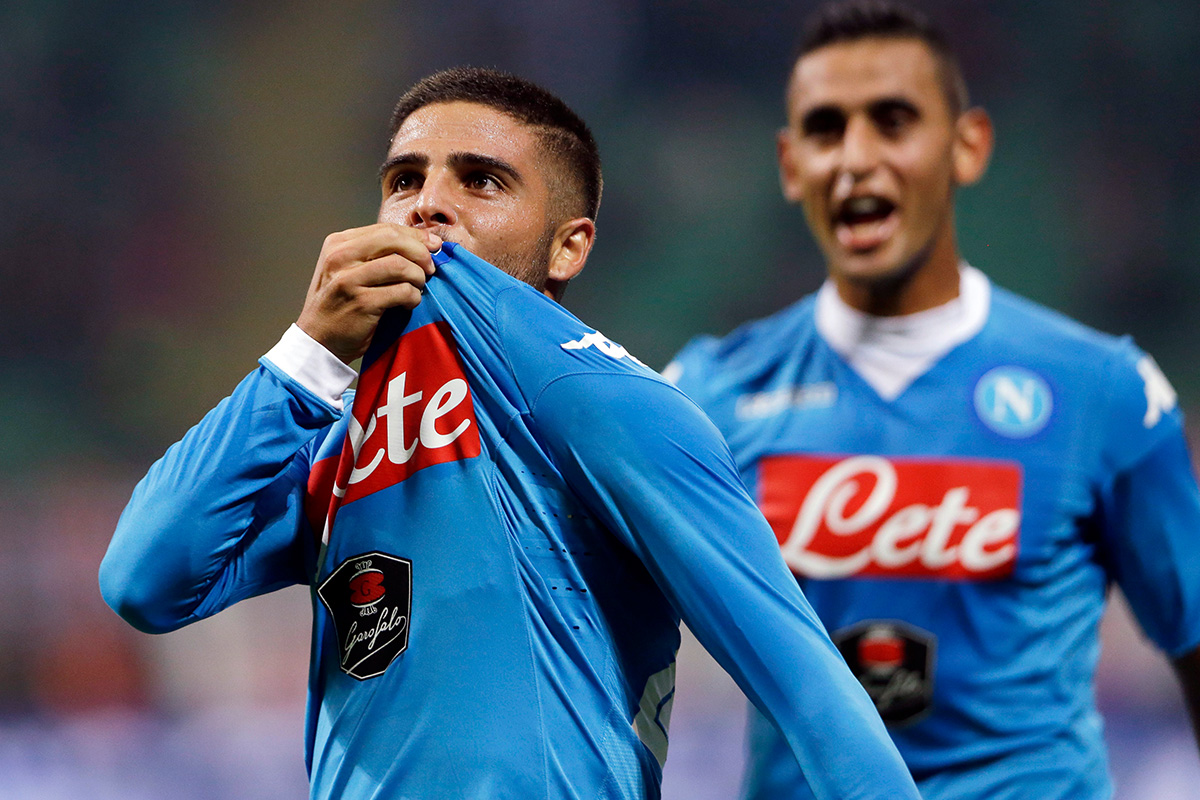 Currently sporting the no.24 shirt (and a woefully ill-advised haircut), fans of the Partenopei have repeatedly asked that the 25-year-old be given Maradona’s old shirt, but to no avail. He too is a diminutive figure, one capable of skipping past opponents and either scoring himself or creating for others. Indeed, Gonzalo Higuain’s record-breaking return last season would not have been possible without Insigne, the 5’ 4” forward weighing in with twelve goals and ten assists, many to his Argentinean team-mate.

Higuain has of course moved to Juventus, where he features alongside Paulo Dybala in an attack that has all the hallmarks of those tandems seen when Serie A was at its most popular. While the former continues to bang in the goals, the latter is capable of those same jaw-dropping feats that helped popularise Serie A, following in the footsteps of Omar Sivori and Michel Platini. A former team-mate of the iconic Frenchman and an Azzurri legend in his own right, Marco Tardelli is in little doubt that Dybala should drop his current 21 shirt as soon as possible.

“He must wear it,” the hero of Italy’s 1982 World Cup triumph told La Gazetta dello Sport back in the summer. “The boy has the head for it, not to mention quality and personality in industrial-size doses. The No. 10 shirt is his!”

Whether he changes or not, Dybala – like Insigne and Bernardeschi – is continuing a tradition that is as old as the tricolore on the shirt of the champions or Palermo sacking managers. Serie A loves its perfect tens, no matter what number they choose to wear.