Last summer, in a bid to retain their place atop Italian football, Juventus made a series of power plays in the transfer window. First, they signed Roma playmaker Miralem Pjanic for a fee of €32million; then they brought in clinical striker Gonzalo Higuain for €90million from Napoli.

However, the quality of the players and the fees paid to sign them were not the only aspects of these deals to leave onlookers incredulous. Both players were signed from Juventus’ primary rivals – Roma and Napoli.

Having simultaneously strengthened their own hand and weakened that of their main title competitors, it is little surprise Juventus have continued to assert themselves as the top club in Serie A. They are eight points clear of second-placed Roma, 10 clear of third-placed Napoli and on course to secure a record-breaking sixth consecutive Scudetto.

Formerly a club that prioritised intelligent transfer market dealings with a strong focus on experienced bargains and youthful promise, the Bianconeri showed the full, frightening extent of their ambition and financial muscle with the signings of Pjanic and Higuain last year.

Should they wish to continue that policy, there are a number of potential signatures that would both stun Italian football and help Juventus maintain their dominant position within it. 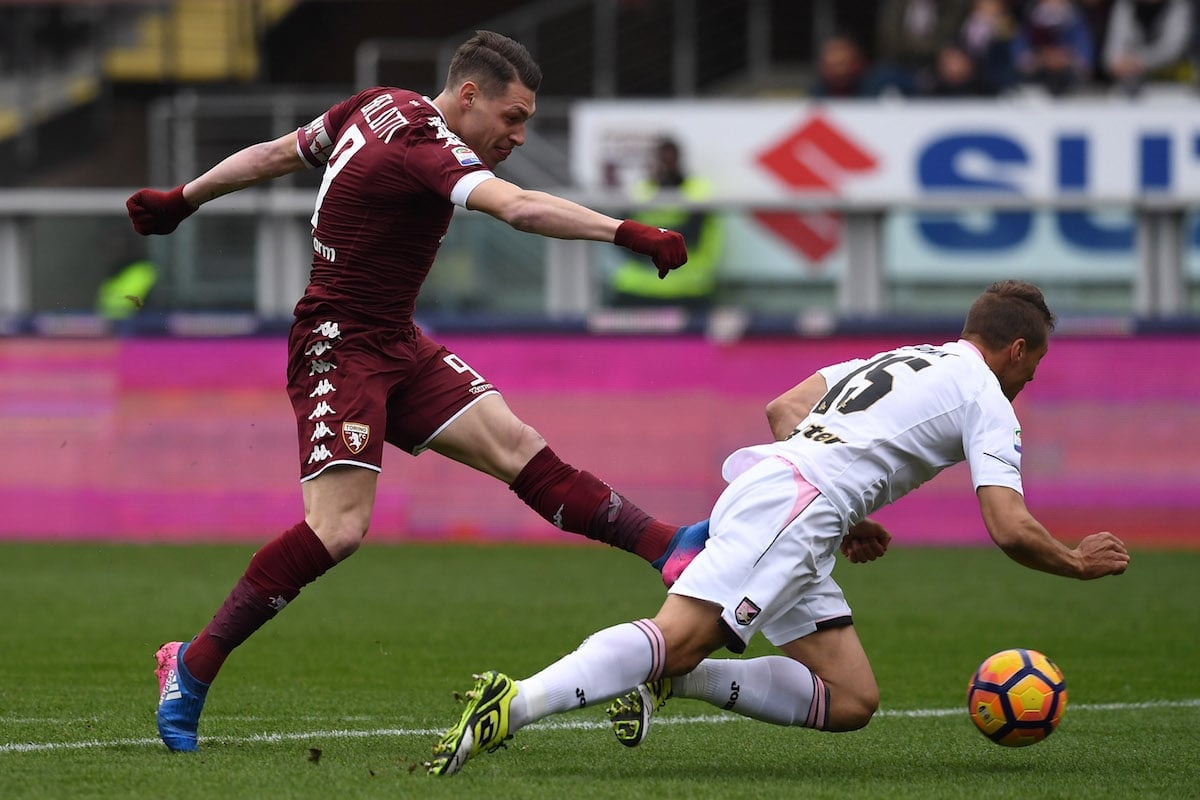 This season Andrea Belotti has made the step up from talented prospect to real deal.

The 23-year-old has scored 22 goals in 24 league appearances to emerge as Serie A’s top scorer and has established himself as Italy’s number one striker in the process.

There are be a number of potential roadblocks to clear before Juventus could sign him, however. One is that he plays for city rivals Torino. Another is that his contract includes a €100million release clause that is valid only for clubs from abroad, a stipulation some have termed as ‘anti-Juve’ as it would force the Old Lady to negotiate a price with their bitter rivals instead.

Nonetheless, Juventus would be foolish not to consider paying whatever is necessary to land the country’s next big star. Not only would doing so give them a direct replacement for Higuain, who at 29 is arguably already past his peak, but it would also reunite Belotti and Paulo Dybala, who played together at Palermo. 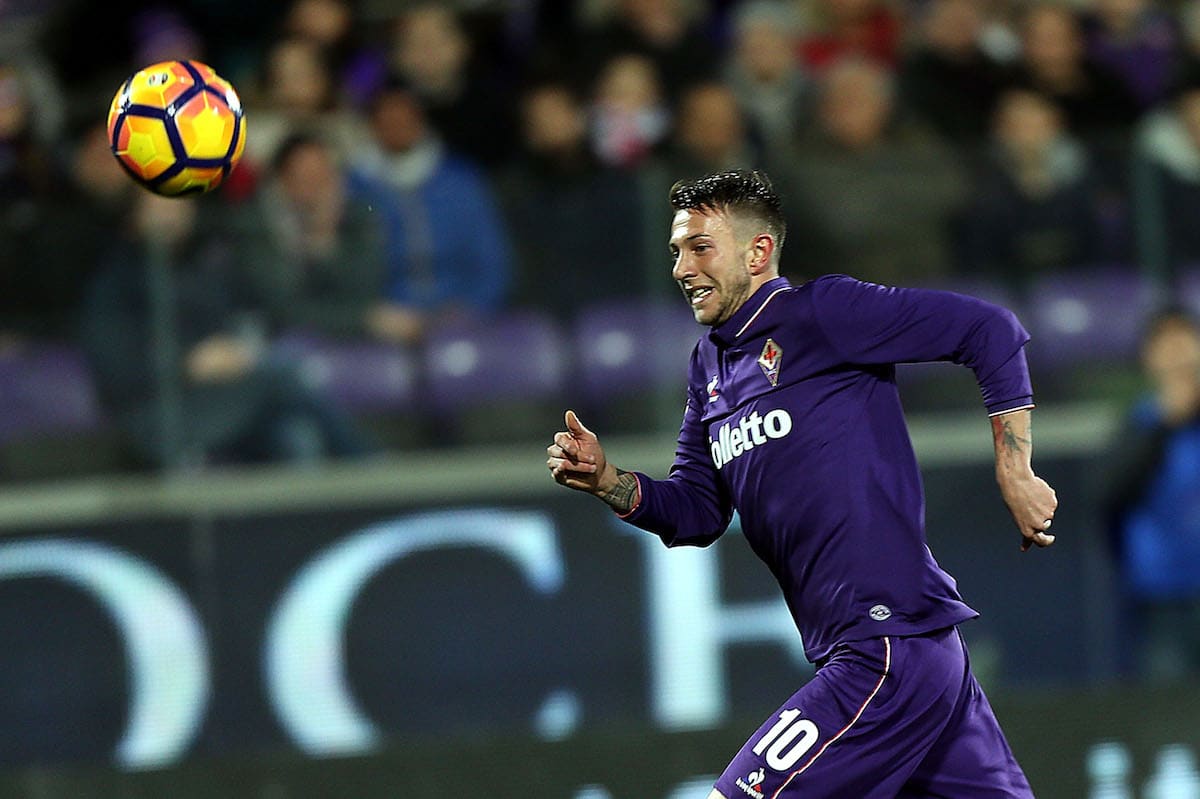 Only a brave few have left Fiorentina for Juventus, such is the hatred felt by Viola fans towards their sworn enemies from Turin. Indeed, since the controversial end to the 1982 season, when Juventus pipped Fiorentina to the Scudetto thanks to a Liam Brady penalty kick, only three players have made the move, the most famous being Roberto Baggio.

Like Baggio, Federico Bernardeschi is adored by Fiorentina fans. And, like Baggio, Bernardeschi is an exciting, creative attacking player. He may not quite have the same quality, though as someone capable of playing at wing-back, in attacking midfield or as a wide forward, he is more multi-faceted.

The 23-year-old has admitted in the past that: “It would be difficult to go to Juventus.” However, were the Italian champions to place a suitable bid and the player to accept their offer, they would complete one of the most controversial transfers in recent memory while, at the same time, gaining a gifted and flexible attacking player. 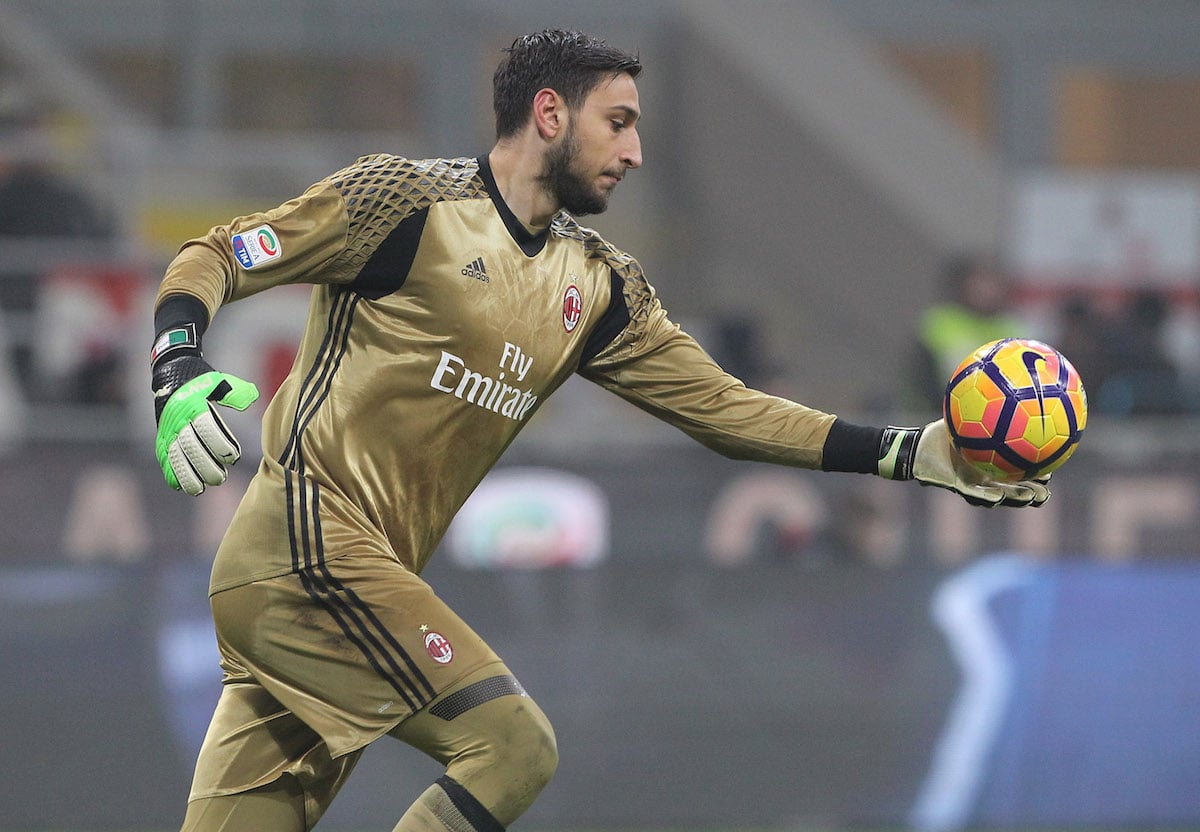 READ MORE: CAN GIANLUIGI DONNARUMMA BE REAL MADRID'S NEXT NO.1?

For several years Italy have been searching for the heir to Gianluigi Buffon. During this period, a number of contenders have risen and fallen, including Salvatore Sirigu and Mattia Perin. However, Milan’s 18-year-old stopper Gianluigi Donnarumma seems to have the correct technical, physical and mental characteristics to succeed the Juventus icon.

Standing at 6ft5ins, Donnarumma is a behemoth capable of commanding both his penalty box and his team-mates. As well as an imperious physique, he is a reliable handler with exceptional agility. And, with sound decision-making and remarkable composure for his age, he is superb in one-on-one situations and increasingly adept at building possession from the back.

The teenager’s contract with Milan is up at the end of next season and there has been little progress in discussions over a new deal.

Additionally his agent, Mino Raiola, is renowned for being able to negotiate big-money moves for his clients with Paul Pogba and Zlatan Ibrahimovic two of his most high-profile clients.

Throw in the fact that Juventus will soon need to replace a 39-year-old Buffon, and a move for Donnarumma makes a lot of sense. 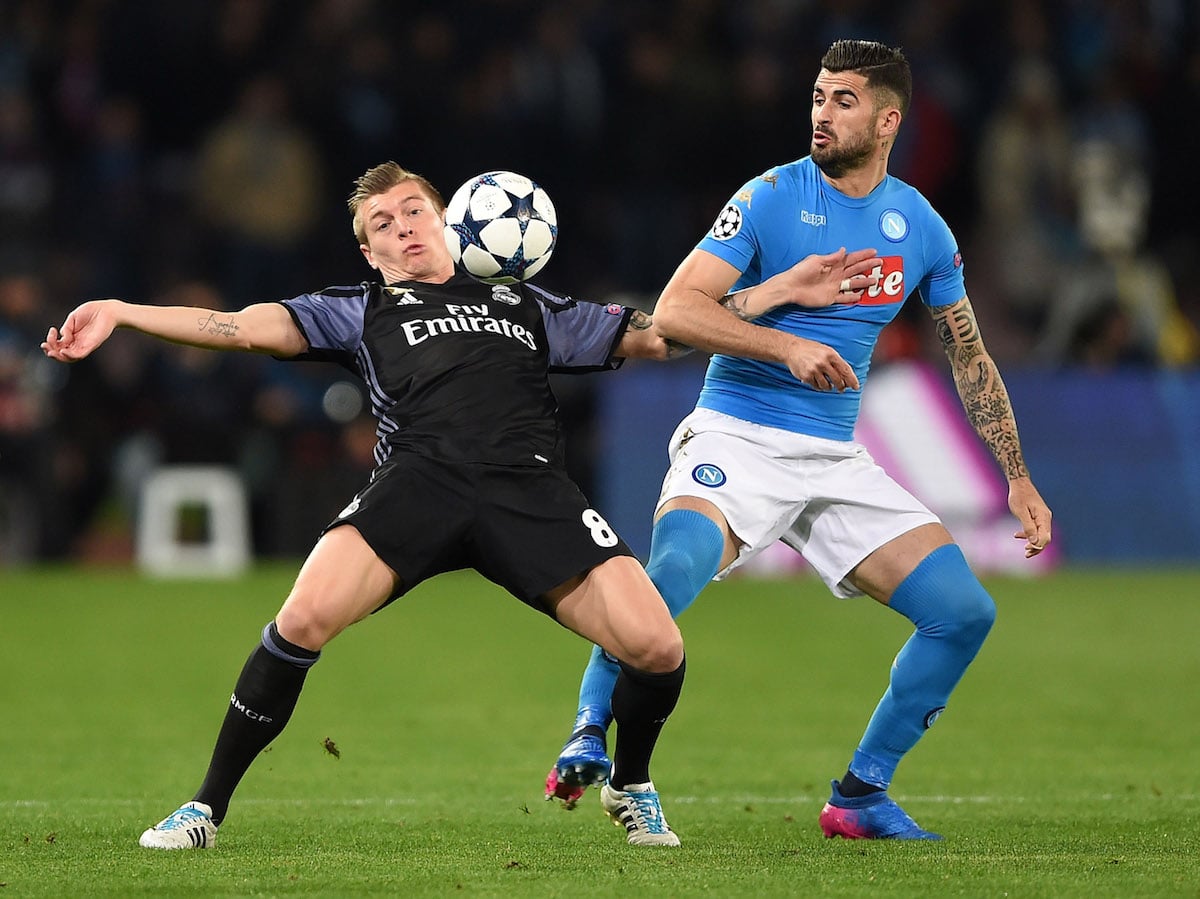 On the back of Higuain’s move last summer the idea another Napoli player might leave for Juventus would be a difficult one for Partenopei fans to stomach. However, should Juve look to strengthen the problem right-back area, Napoli’s Elseid Hysaj should be near the top of their list of potential additions.

With Dani Alves and Stephan Lichtsteiner, at the age of 33, winding down their careers, Massimiliano Allegri’s side could do with a younger replacement. While Juan Cuadrado can fill in as a right wing-back, he lacks the defensive nous to play as an out-and-out full-back.

Hysaj is one of the finest all-round full-backs in football right now. Defensively astute and a direct attacker, the Albanian also has huge potential at 23. Should Juventus persist with a back four as they have done in recent weeks, he would be perfect for the right-back berth. 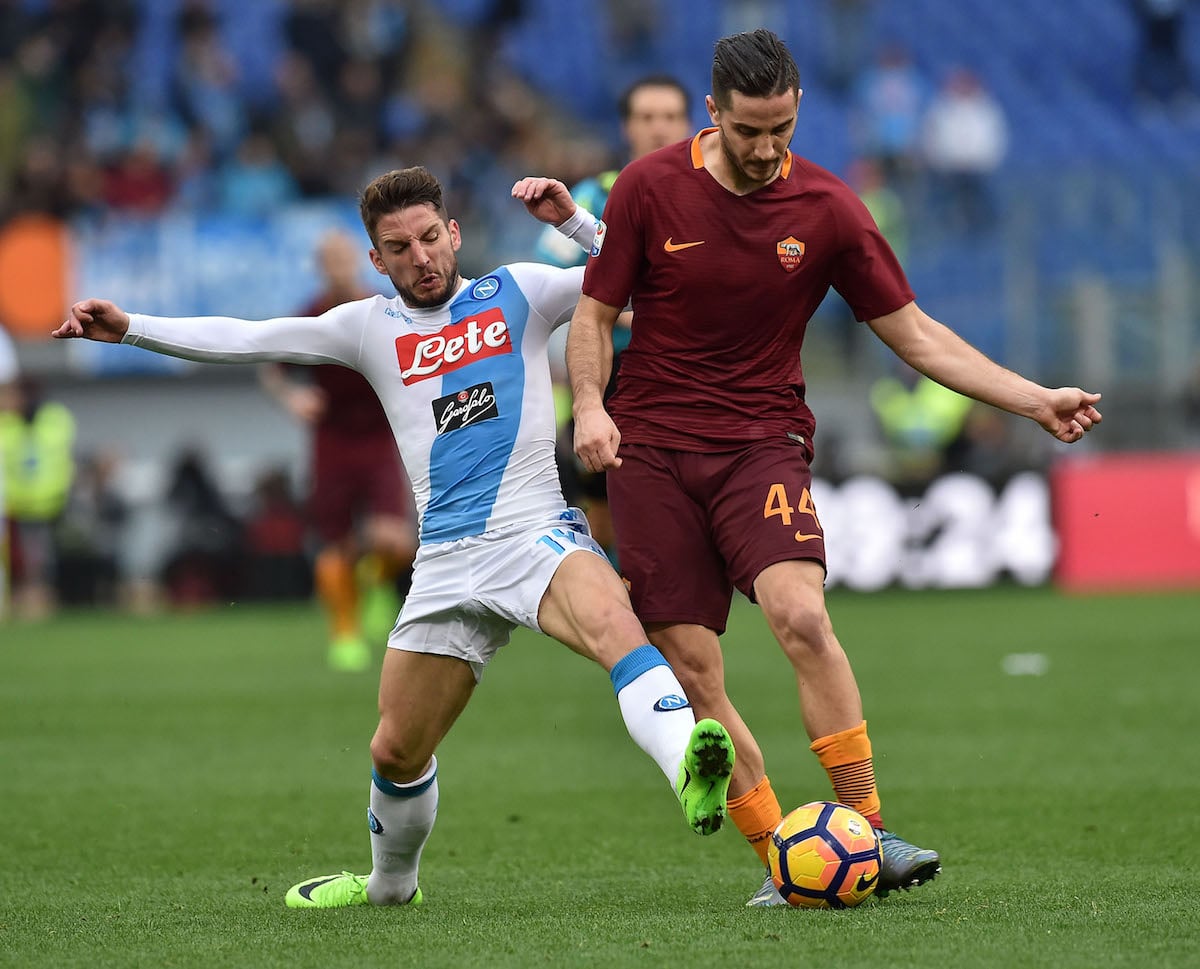 “There’s a lot of talk about his future,” agent Ioannis Evangelopoulos told reporters of his client, Kostas Manolas, in February. “So many voices, so many rumours…they talk about Juventus, Barcelona, Paris Saint-Germain, Chelsea, Manchester United – every day a different team.”

Far from cooling the speculation, Evangelopoulos’ words only act as confirmation that Manolas, one of the best centre-backs in Serie A not playing for Juventus right now, could soon be on his way out of Roma.

The 25-year-old Greek central defender has been linked to numerous top clubs in England, Spain and Italy, and with his combination of refined passing, imposing aerial presence, pace and rugged tackling, it’s easy to see why.

With Giorgio Chiellini and Andrea Barzagli both well into their 30s, Juventus need to start thinking of successors. And, while 22-year-olds Daniele Rugani and Mattia Caldara are exceptional long-term options, Manolas would be ideal in easing the transition period between old and new in this particular area.