As he sauntered away from Virgil van Dijk and curled his shot into the top corner from 20 yards, Serge Gnabry's strike in Germany's 3-2 win over the Netherlands last week took his senior international record to five goals in six caps.

One of a handful of gifted young players around whom Joachim Löw intends to build a new-look Mannschaft, and one of the most potent attackers at Bundesliga behemoth Bayern Munich, it's a wonder how the 23-year-old was never able to establish himself in the Premier League.

Gnabry was signed by Arsenal as a 16-year-old, having caught the Gunners' eye as part of a talented young generation of players in Stuttgart's youth set-up, where he played alongside Timo Werner, Joshua Kimmich and Jeremy Toljan.

After progressing rapidly through the under-18s and into the reserves, Arsène Wenger handed Gnabry a league debut, coming off the bench in a 1-0 defeat to Norwich City in October 2012, aged just 17 years and 98 days, making him the club's second-youngest player of the Premier League era, behind only Jack Wilshere. 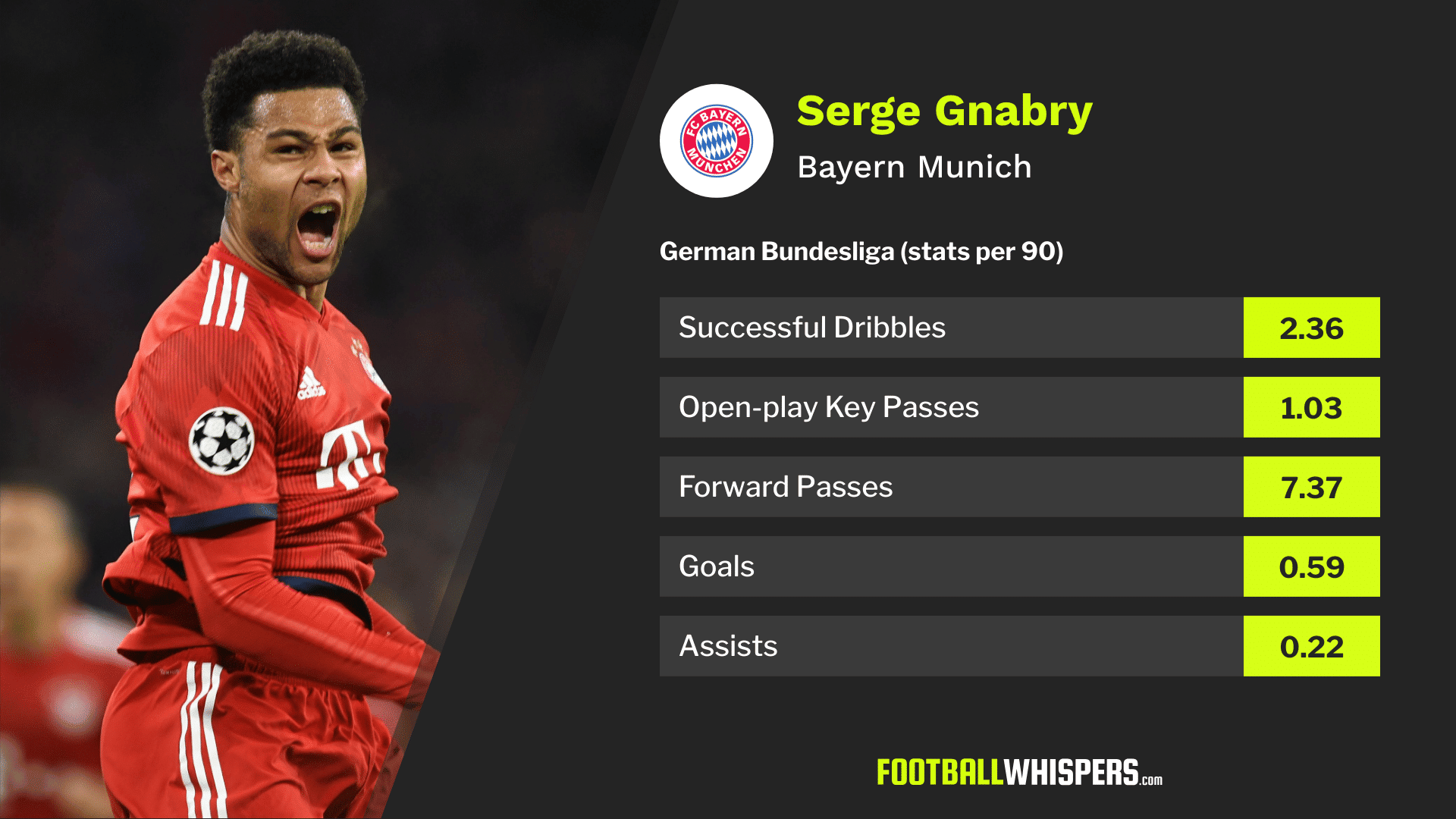 It was an auspicious start to life in England for the German teenager, and further opportunities came the following term, in which he was afforded 14 appearances after signing a new five-year contract.

A serious knee injury hampered his progress in 2014/15, keeping him out of the first-team picture the whole season, and he was sent on loan to West Bromwich Albion the following term.

Cut short by West Brom after just one Premier League appearance, Gnabry's loan switch to the Hawthorn's was infamously unproductive. “Serge has come here to play games but he just hasn’t been at that level to play the games,” Baggies manager Tony Pulis said at the time.

So, after bright beginnings, Gnabry found himself surplus to requirements at the Emirates and deemed sub-standard even for perennial strugglers West Brom. He packed his bags and returned to Germany in the summer of 2016, joining Werder Bremen for just £5million.

In just one season back in his homeland, Gnabry showed that all he'd needed was regular game time, and that his failure to make the grade in England was more a reflection of the blocked pathways and lack of patience he was afforded in the Premier League.

The powerful and skilled forward scored an impressive 11 Bundesliga goals in 27 appearances for Werder, earning a first senior international call-up and securing a move to Bayern.

In a move indicative of the greater thought and emphasis placed of carefully plotting the development of young players in Germany, Bayern sent Gnabry out on loan to Hoffenheim for the 2017/18 season.

At the Rhein-Neckar-Arena, he would work under Julian Nagelsmann, the youngest coach in the Bundesliga who takes a hands-on approach to improve the players at his disposal and espouses a kind of dynamic, attack-minded football similar to Bayern's own philosophy.

This sits in stark contrast to how little joined-up thinking went into Gnabry's West Brom loan while he was at Arsenal, a move which saw him work under Pulis, renowned for a hyper-physical, direct style of play that was neither suited to Gnabry's attributes nor in any way reflected how Arsenal operated.

To their credit, Arsenal seem to have learned from such mistakes. Indeed, this season, gifted forward Reiss Nelson is himself on loan with Hoffenheim, benefitting from the outstanding work of Nagelsmann, while Emile Smith Rowe was sent to the progressive RB Leipzig in January.

The Gunners also followed the lead of many top English clubs in appointing a loan manager in February this year, promoting senior football analyst Ben Knapper into the role which will see the club carefully tailor the loan moves of their youngsters to suit the developmental needs of each player.

Gnabry starred with Hoffenheim last season, scoring ten league goals and providing four assists from 20 starts in the Bundesliga. And this term he has linked up with his parent club, improved for the experience of regular football elsewhere in the division, and is confident enough to take a key role in Niko Kovać's side, contributing nine goals already.

There has been an exodus of young English talent leaving the Premier League in the last couple of years, with many, such as Borussia Dortmund's Jadon Sancho, seeking opportunities in the Bundesliga.

Given how little patience Gnabry was afforded at Arsenal and West Brom, and in light of how he soon made a mockery of that with his performances in Germany, perhaps the warning signs were already there: club's must clear a path for the best young talent or else risk losing them for a fraction of their potential value.

Only now, it seems, lessons are being learned.