All the best things in life are worth waiting for, and for Tottenham Hotspur the signing of Serge Aurier from Paris Saint-Germain feels like it's taken an eternity.

A one-time Manchester United and Chelsea transfer target, Spurs have won the race for PSG defender.

There are legal issues to sort, but reports from France say the 26-year-old has an agreement in place with the London club who will pay around £23million for his services.

Doubts over his ability to enter the UK due to his ongoing legal battle and suspended two-month prison sentence will be got around by applying for a French passport – something he rejected when he played for Lens five years ago.

Another issue over this move is the actual need for Aurier at all. Kieran Trippier will step up after Kyle Walker’s departure to Manchester City.  Meanwhile, the aptly named Kyle Walker-Peters made his Premier League debut against Newcastle United on the opening day and was man of the match in an impressive showing.

“He was fantastic,” said Mauricio Pochettino after the game. “He was nominated man of the match – a better debut is impossible. He was very calm, played well. His decisions were perfect. He showed fantastic maturity and that's good for the team. We're all happy because he's a great kid.”

Adding Aurier to the mix pushes the 20-year-old back down the pecking order, and would limit playing time for the England Under-20 international.

It’s too early to start comparing Walker-Peters' statistics, with just one game to measure on, but with two tackles won, 54 passes made, a completion percentage of 90.7 and no fouls, he stacks up well against the PSG defender. 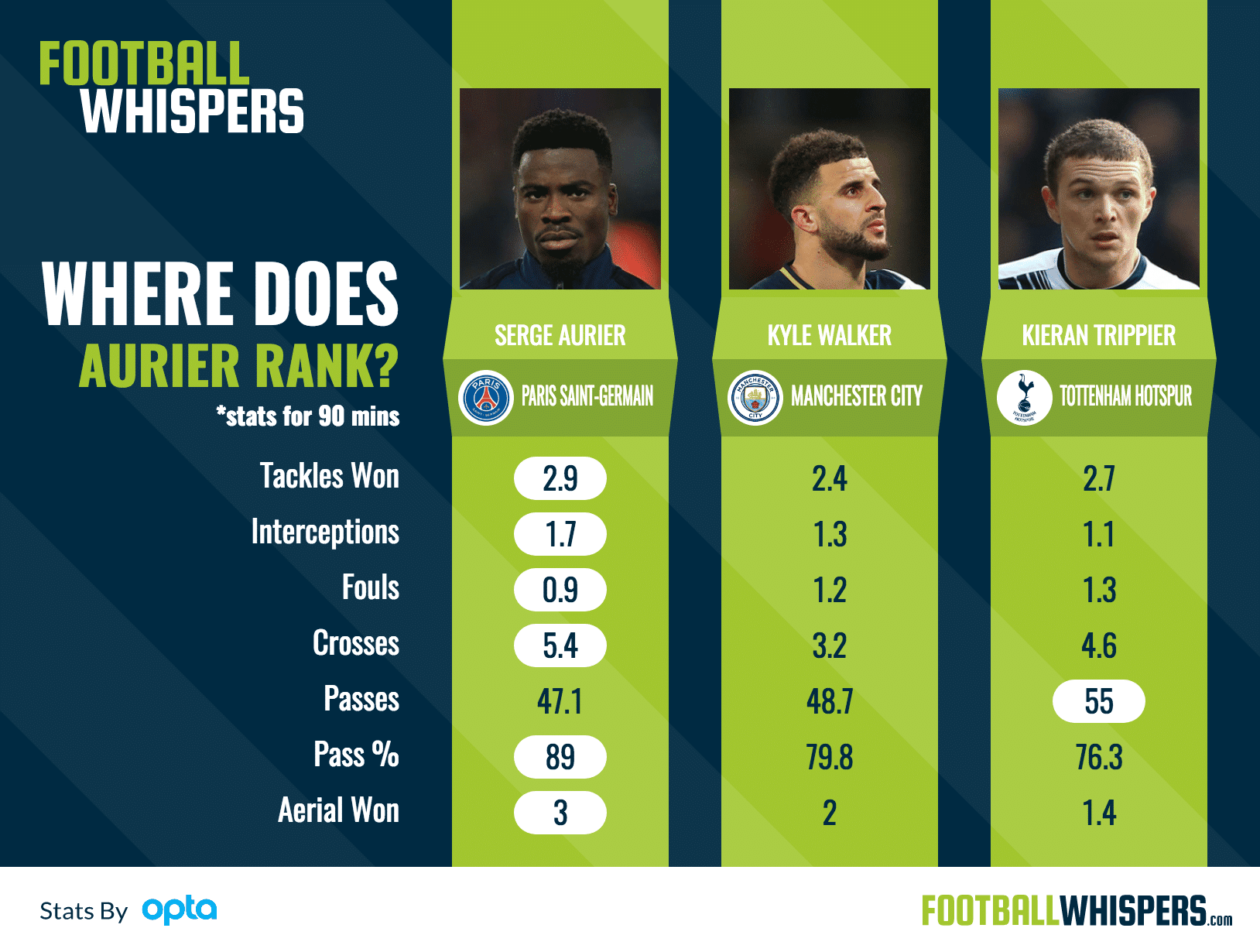 But the concern for Spurs supporters, who have become used to seeing homegrown players flourishing in Pochettino's vibrant young side, is the arrival of a full international could stunt the development of a young prospect.