These two nations know each other well and will be hoping to challenge alongside Portugal for the qualification places in Group A. The Republic of Ireland have never beaten Serbia before and head into this game as the underdogs, but we're expecting a closely fought 90-minutes between the pair.

The Republic of Ireland's previous two trips to Serbia have both ended in stalemates, as have three of their last six international matches heading into Wednesday's clash. Five of Serbia's last six internationals have ended all square, so you can see just why we've backed the points to be shared on Wednesday.

Three of the previous five meetings between these two countries have produced under 2.5 goals, which includes the pair's last encounter in 2017. Four of Serbia's and five of the Republic of Ireland's last six matches have seen under 2.5 goals scored.

Serbia's last two games against Panama and the Dominican Republic have ended in goalless draws. Each of the Republic of Ireland's last three draws have all ended 0-0, which includes their last outings at home to Bulgaria.

With the home advantage and having never lost to the Republic of Ireland before, it is easy to see why Serbia are the favourites to win on Wednesday. However, the hosts have only won one of their last six international matches and their guests would happy to get their World Cup qualification process underway with an away point. There haven't been may goals in games involving these two sides lately, with just one of each nation's last six outings producing over 2.5 goals and we're expecting another low-scoring affair on Wednesday.

Serbia have called up Aleksandar Mitrovic and he will provide their focal point up-front, although the Fulham striker has only scored twice in the Premier League this season and appears to be lacking in confidence. Captain, Dusan Tadic will provide the creativity and a goal threat from midfield, but the Serbian defence is lacking some experience. Fiorentina defender, Nikola Milenkovic, 23, is the most capped defender in the squad with 26-caps and Red Star Belgrade's Milan Gajic, 25, could make his international debut.

Ireland lack experience between the sticks as O'Hara, Travers and Bazunu have a total of 4-caps between them. Everton and Ireland Captain, Seamus Coleman will lead out the Irish in an experienced defence that includes Shane Duffy, Ciaran Clark and Cyrus Christie. James McClean, Jeff Hendrick and Robbie Brady all have over 50-caps each in the Irish midfield, while 34-year-old Shane Long will be hoping to add to his 17 international goals but his own distinct lack of form for Bournemouth doesn't inspire much hope for the visitor's chances of scoring in Serbia.

FAQ about Serbia vs Republic of Ireland 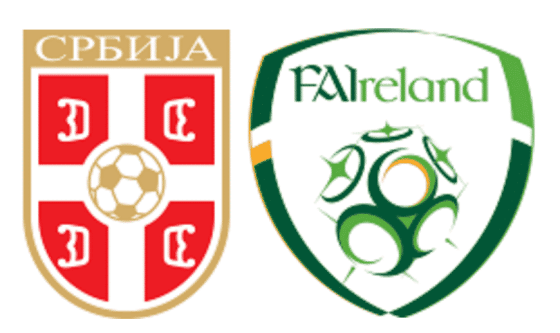