In this Group A World Cup qualifying fixture, Serbia play host to struggling Azerbaijan. The visitors are without a win in five matches, while the Eagles are flying high with three wins and a draw.

Here are our predictions for Serbia vs Azerbaijan.

This is the fifth time Azerbaijan are meeting Serbia in an international fixture. For all intents and purposes, it looks unlikely that the result will sway from the previous encounters, which all ended in the latter's favour. The fact that the Milli komanda have just one win from fifteen outings further clouds any positivity surrounding them.

Serbia has scored ten goals in their last four outings, which should allow them to ensure this meeting gives us Over 2.5 total goals. With Azerbaijan's defence leaking to see three of their last four fixtures conclude in a similar fashion, the probability of this happening is high.

Goals have come with aplomb in international meetings between Serbia and Azerbaijan. The last three meetings between these sides saw 15 goals and confidence increases in another high scoring affair. Moreover, both sides have gotten on the scoreboard in these encounters and we are backing for the same to happen on October 12 at the Stadion Rajko Mitić.

Serbia vs Azerbaijan: Check out the best odds and the latest stats

Match Preview of Serbia vs Azerbaijan: Milli komanda  in trouble against the Eagles

Despite Cristiano Ronaldo's best efforts, Portugal are second in Group A. It is Serbia who are leading the rankings and with good reason. While their defence has kept their end of the bargain, the attackers have done their job with 13 strikes to their name. With Portugal hosting Luxembourg, the Eagles cannot afford to drop points against the visiting Azerbaijan.

On the other hand, the pressure continues to mount on Milli komanda and Gianni De Biasi as they struggle to get off from the foot of the table. Azerbaijan have lost five of their six 2022 World Cup qualifying fixtures, drawing against Ireland for their only points they have accumulated. Biasi has a tough task on his hands as the Milli komanda are leaking goals at the back and doing nothing at the front to justify there presence.

Questions About Serbia vs Azerbaijan 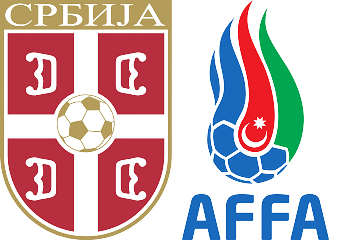 Where is the game being televised? DAZN Deutsch and Viaplay (Fin).

Where is the game being played? Stadion Rajko Mitić (Belgrade).