The Sensational Team Southampton Could Have Had

In recent years an enormous amount of talent has come and gone at Southampton. Thanks to an intelligent recruitment policy led by sporting director Les Reed, the club have been able to rebuild on a yearly basis following the departure of players and managers to other teams. But, had they kept hold of those individuals, the Saints could have challenged atop the Premier League.

Here, Football Whispers takes a look at the team Southampton could have had. 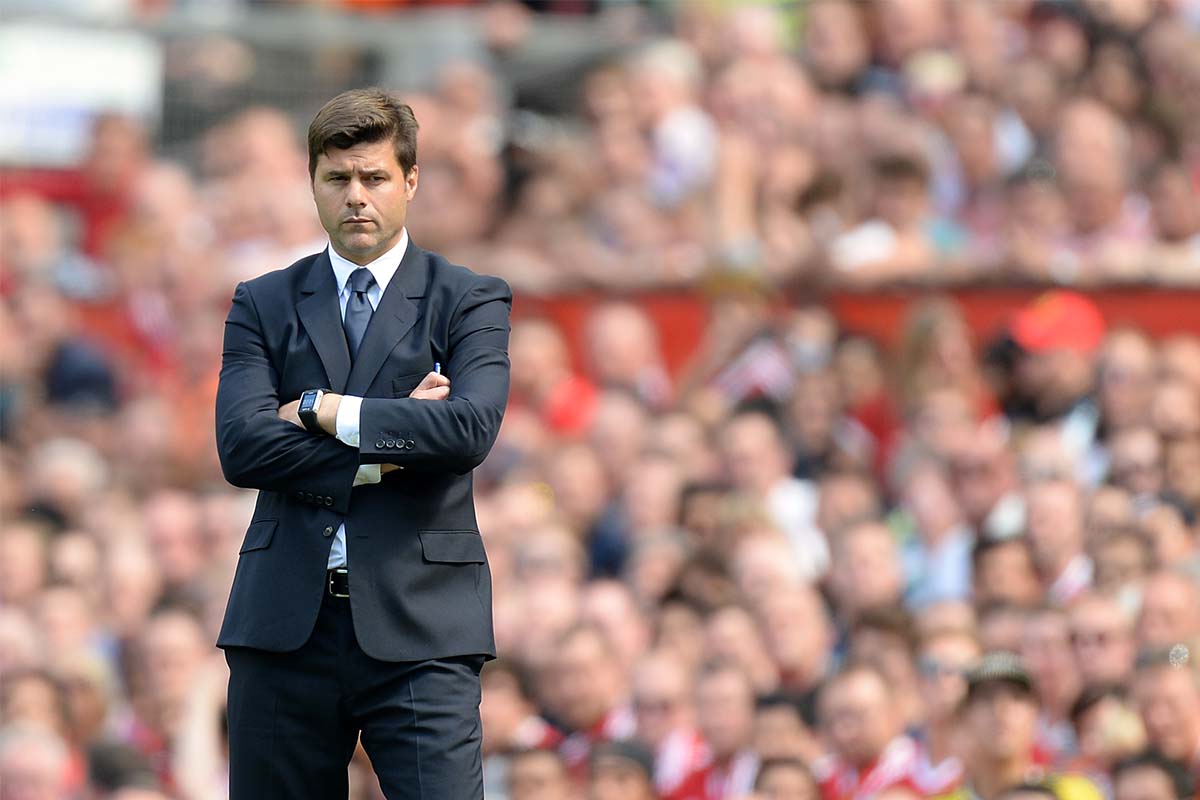 Mauricio Pochettino and Ronald Koeman both did exceptional work during their spells as Southampton head coach before leaving for Tottenham and Everton respectively. The former took the club to eighth place in 2014, while the latter built on that by guiding the Saints to seventh and sixth-place finishes in 2015 and 2016.

However, Pochettino gets the nod to manage this team based on his results as Tottenham boss. And, considering the Argentine’s favoured system is the 4-2-3-1, the formation will be used for this hypothetical Southampton side. 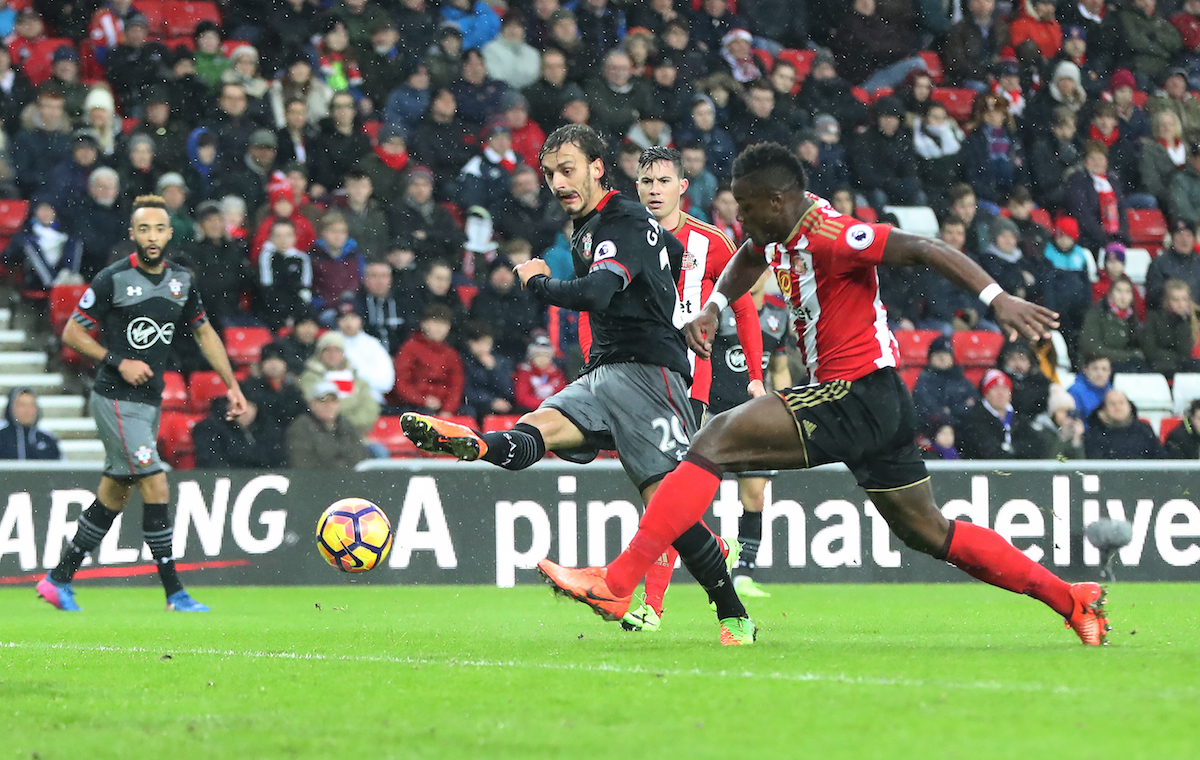 Competition for this team is intense, so a number of quality players just missed out on making the lineup.

Current key players including Cédric Soares, Oriol Romeu, Dušan Tadić and Manolo Gabbiadini will have to make do with a place on the substitute’s bench. The same goes for former centre-backs Callum Chambers and Jose Fonte, now of Arsenal and West Ham respectively.

Left-back Luke Shaw, who now plays for Manchester United, holding midfielder Morgan Schneiderlin, who recently signed for Everton, and pacey attacker Theo Walcott, who left Southampton for Arsenal in 2006 and recently reached 100 goals for the Gunners, completes the bench.

Known by Barcelona fans as ‘The Great Wall’ for his performances against them in the Champions League for Celtic, Fraser Forster has adapted well to Premier League football since joining Southampton in 2013.

The 6’7” colossus has made the number one berth his own, putting in some commanding displays and winning six caps for England as a reward. 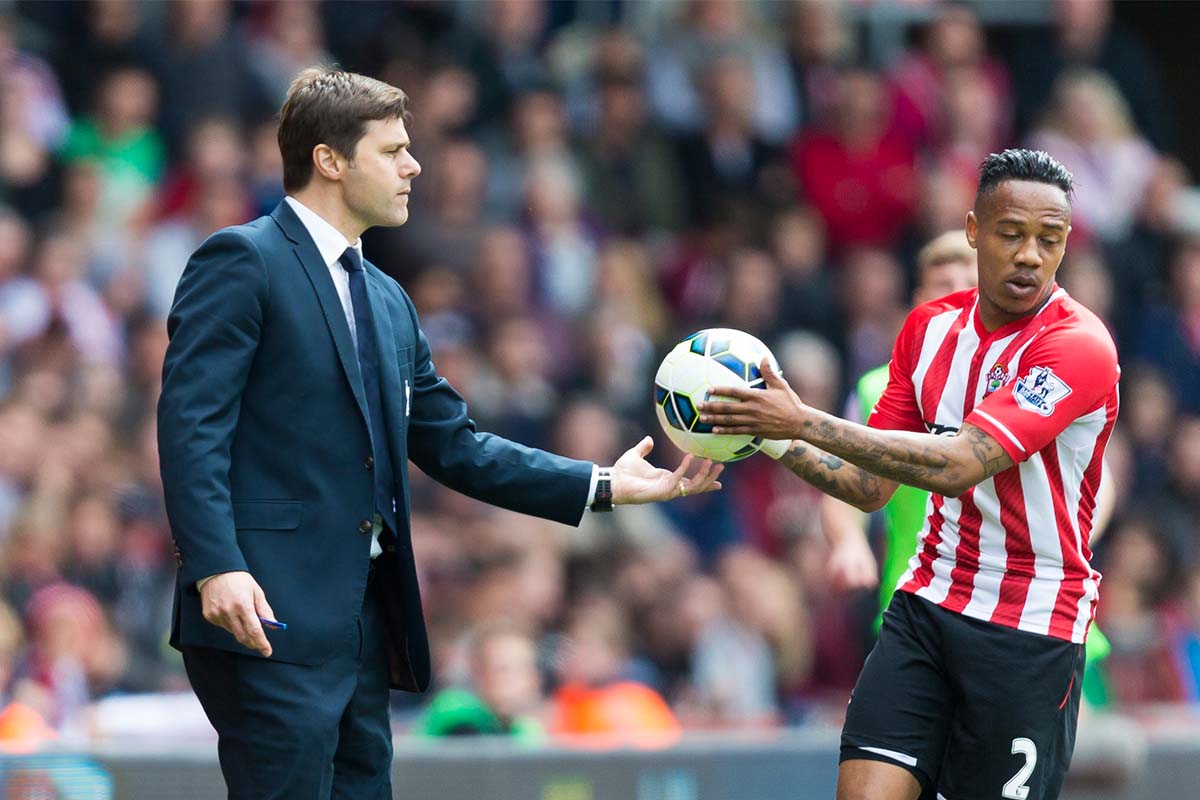 At 25 years of age, Nathaniel Clyne already has five years of Premier League experience to his name, three of which came with Southampton.

Fast and incisive, energetic, attack-minded and defensively sound, he has battled with Tottenham’s Kyle Walker for the England right-back berth in recent seasons, winning 14 caps in the process, while also becoming a guaranteed starter for Jürgen Klopp’s Liverpool.

During his debut campaign with Liverpool, Dejan Lovren achieved renown not for solid defending, but for making mistakes on a frequent basis. However, since Klopp took charge, the Croatian centre-back has played with greater assuredness.

Physically strong, aerially dominant and a combative tackler, the 27-year-old is now looking more like the player who excelled in his one season at Southampton in 2013-14. 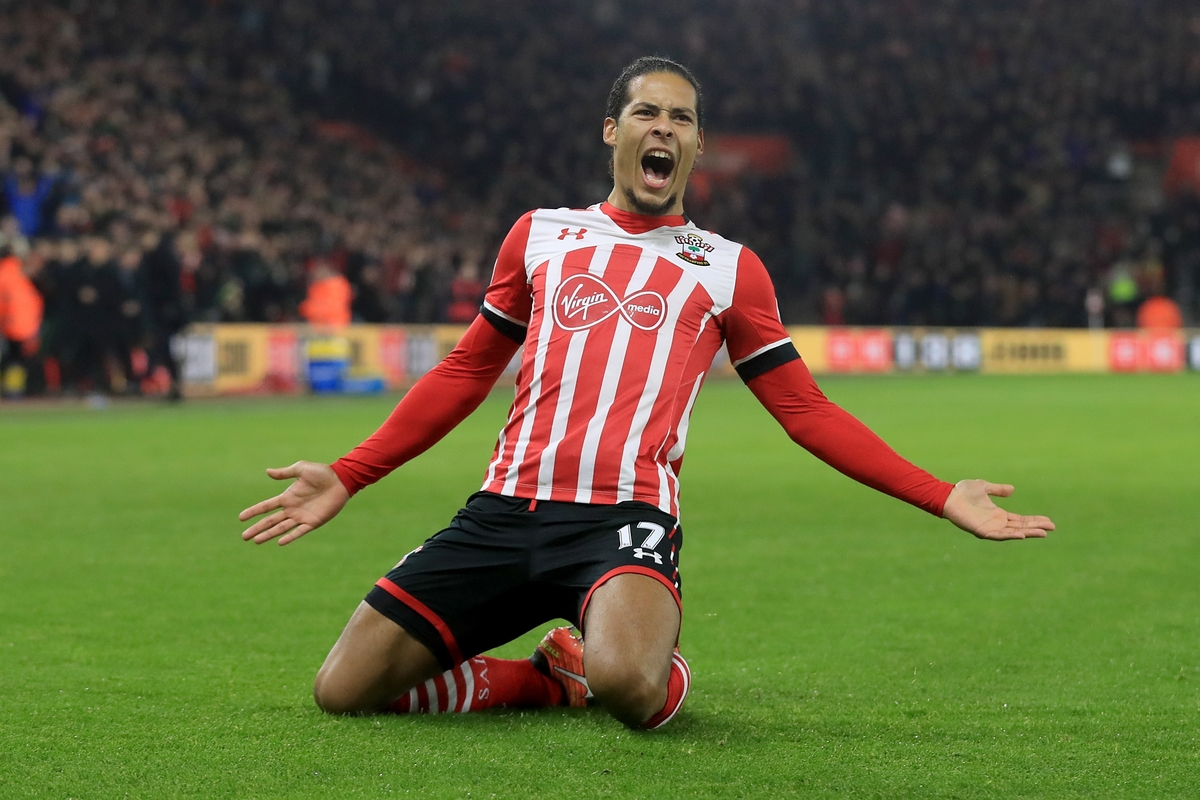 Just as Forster and Victor Waynama did before him, Virgil van Dijk joined Southampton from Scottish giants Celtic and had no trouble adjusting his game to English football’s top tier.

The 25-year-old has brought composure to the Saints’ defensive line, with his smooth technique making him a decent option for passing out from the back. At the same time, he is powerful and effective in the air, making him a threat to opponents at both ends of the pitch.

Ryan Bertrand arrived at Southampton as Luke Shaw’s replacement, but he has since overtaken his processor through two-and-a-half years of consistent performances. The 27-year-old is direct, quick and offensive down the left flank, traits that have led to him receiving 10 caps and a regular place in the England squad.

A fierce tackler with a history of on-pitch disciplinary issues, Wanyama has been at his refined best since signing for Tottenham last summer. In joining the London club, he followed Pochettino, who had managed the player at Southampton previously.

Imposing, with good positional sense and a reasonable passing range, the Kenyan is one of the best holding midfielders in the Premier League today.

In many ways, Alex Oxlade-Chamberlain’s versatility has held him back. Having made his name as a fast winger with Southampton in the 2010-11 season, the 23-year-old has been utilised in a number of different positions at Arsenal. Most recently, he has played well as a central midfielder, where he has shown quick feet, good distribution and the ability to beat an opponent. 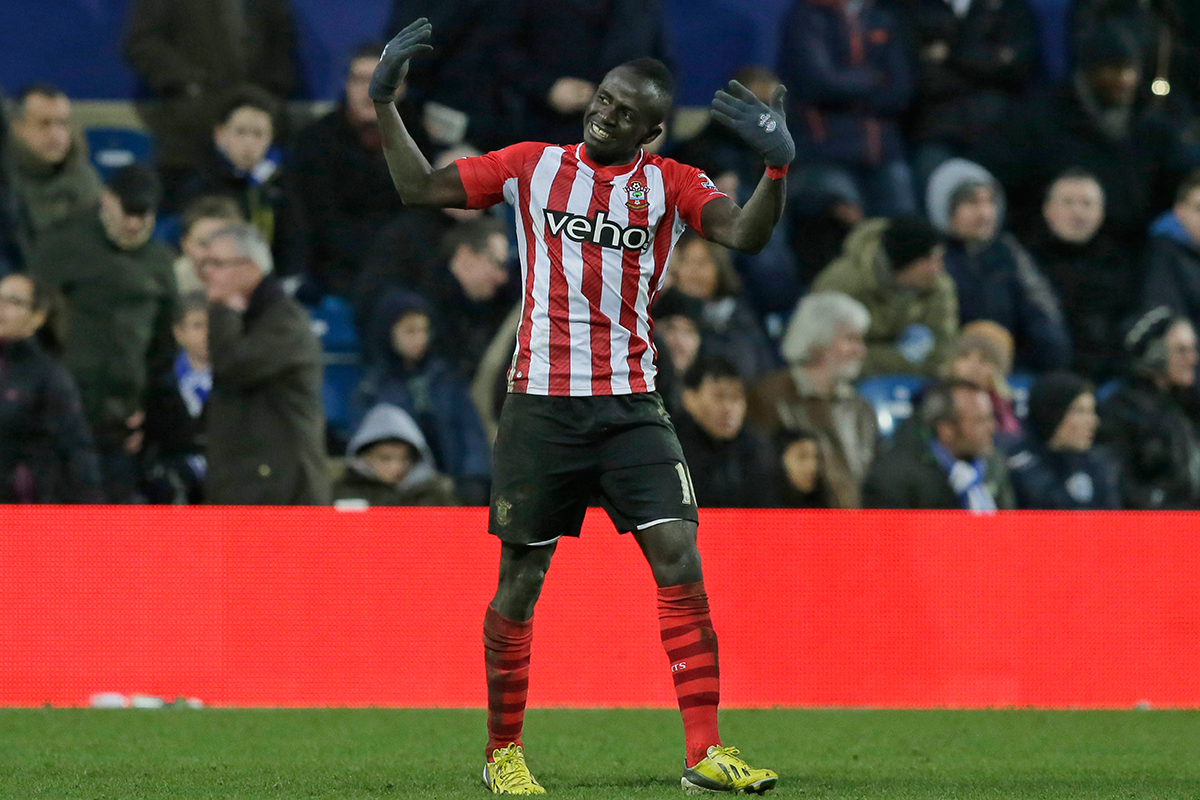 Liverpool missed Sadio Mane while the jet-heeled Senegalese was away on Africa Cup of Nations duty in January. The wide man has brought greater penetration to the Anfield side’s attack with his pace, movement and clever runs, as well as decent finishing.

He has averaged one goal every two games this season, building on the one-in-three rate he enjoyed at Southampton.

Few expected Adam Lallana to be so influential at Liverpool following the appointment of Klopp as manager, but with his hard work, relentless running and inventive passing, the former Southampton playmaker has fitted right in at Anfield under the German’s auspices.

His combination of attitude and technique, as well as his ability to play almost anywhere in midfield, have also seen Lallana make 29 appearances for England, appearing at two major international finals along the way.

While he began his career with Southampton as a left-back, it was clear even at that early stage that Gareth Bale would end up operating higher up the pitch.

During his one full season as a Saints first team player he won the Football League Young Player of the Year award, though he left for Tottenham months later. Since then, the Welshman has become one of the finest attackers in the world, with his blistering speed, mazy dribbling and potent left foot making him a star for Real Madrid as well as arguably his country’s greatest ever player. 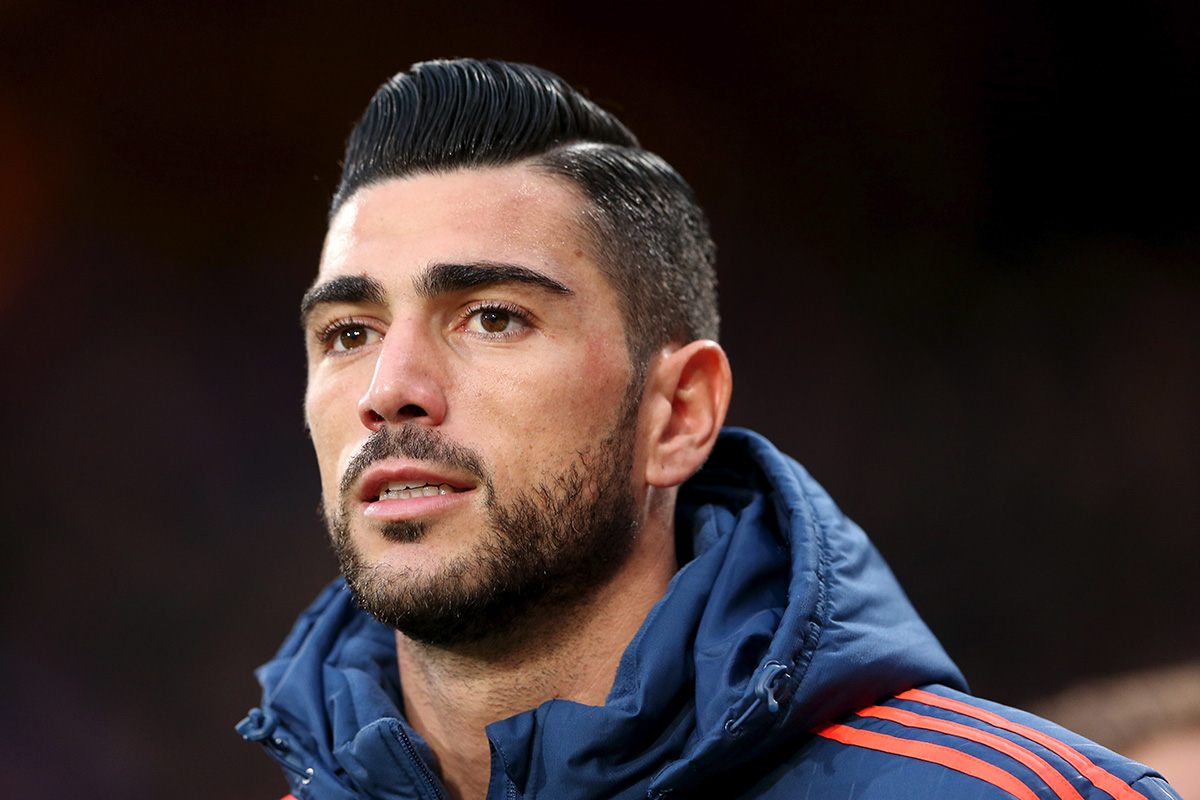 Last summer Graziano Pelle’s reputation took a slight hit due to a poor penalty miss for Italy in their European Championship quarter-final defeat to Germany and his decision to leave Southampton for the financial riches of Chinese football. However, the 31-year-old remains an effective attacking presence with his hold-up and link-up play, and aerial threat. He also has an admirable strike record—he hit 23 league goals in two seasons with Southampton, and has scored nine goals in 20 appearances for Italy.

HERE'S WHAT MANOLO GABBIADINI HAS BROUGHT TO SOUTHAMPTON 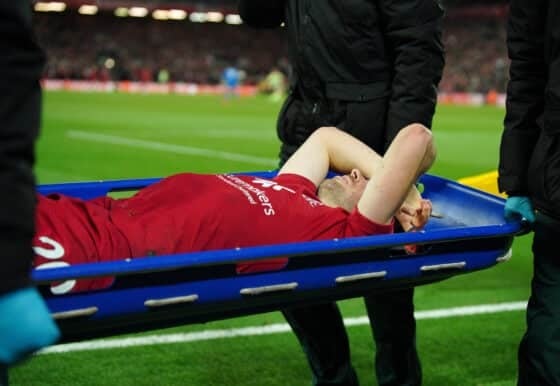