After advancement to the third round of WC Qualifiers, Senegal will host their next fixture of the Second Round against Congo. The visiting side has been eliminated and will play its last game of WC Qualifiers.

Here are our predictions for Senegal vs Congo.

Senegal vs Congo to Win

Senegal held the streak of unbeaten five matches before this game and have got the victory in four of those matches. While the visitors, Congo are opposite to the hosts and are winless from the last five games. The Lions of Teranga always has been a difficult test for Congo and are unbeatable yet by their next rivals. Senegal has registered victory in three of the last five H2Hs while the remaining two have drawn. They will be in high spirits over the home advantage of this game as well and we expect them to continue their style to get the lead.

Senegal’s front line is doing enough for the team that has yielded 11 goals in the last five games. Congo were not rich in terms of scoring goals recently but they have hit the target at least once in the last five attempts. Given their recent scoring tendency, we can expect the teams to collect a total of over 2.5 goals in this match. The last meeting between the teams have ended with a high-scoring total

Congo and Senegal have scored consistently in every match from the last five games. Senegal has scored with an average of 2.2 goals per game while Red Devils have one goal per game in the previous five outings. The teams are also conceding goals in the same fashion  Most of the recent H2Hs didn’t witness a BTTS outcome but the last meeting has featured both teams on the scoreboard. And that is the same we would expect for this match.

Senegal vs Congo: Check out the best odds and the latest stats

Match Preview of Senegal vs Congo: Lions square off to prove their pedigree

The four-match winning streak of the Lions of Teranga came to an end in the last match when they played against Togo and hardly drew the result in stoppage time of the game. But the team had a great start to the WC Qualifiers and with the help of consecutive wins, they secured the first position of Group H and booked their place for the next round. Senegal are still unbeaten in the group stage after playing five games.

Red Devils are clearly on the other end of the spectrum as compared to their upcoming rivals. They are still winless in the WC Qualifiers and have been going through alternating draws and defeats that have sent them to the last of their group. Congo were held to a draw in the last match against Namibia.

Questions About Senegal vs Congo 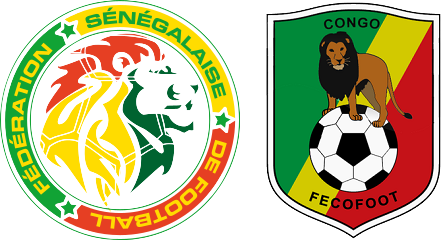 Which team is the favourite to win? Senegal.