By his own admission Cesc Fàbregas isn't the quickest, the sharpest or even the strongest. He also concedes his “physical abilities” are no longer what they were in his early years.

So with Milan reportedly ready to offer £30million to secure the Spaniard's services this summer, it's not hugely surprising Chelsea are considering selling up.

But doing so would be a mistake. The Spaniard possesses a quality no other midfielder at the club has. A quality that is not easy to find in many modern day players; the ability to control a game.

It's what makes Fàbregas special and something that can't be measured in simple figures. Dictating the tempo of the match is an art form, one that the 29-year-old has honed over the years.

It's why, with Chelsea leading Everton 2-0 at Goodison Park on Sunday, Antonio Conte summoned Fàbregas from the substitutes' bench. The Chelsea boss wanted to kill the game, not through sitting back and defending but through possession.

Fàbregas is perfect for such a role because he rarely gives away the ball. The fact he teed up the Blues' third goal for Willian with a stunning reserve pass was a bonus. 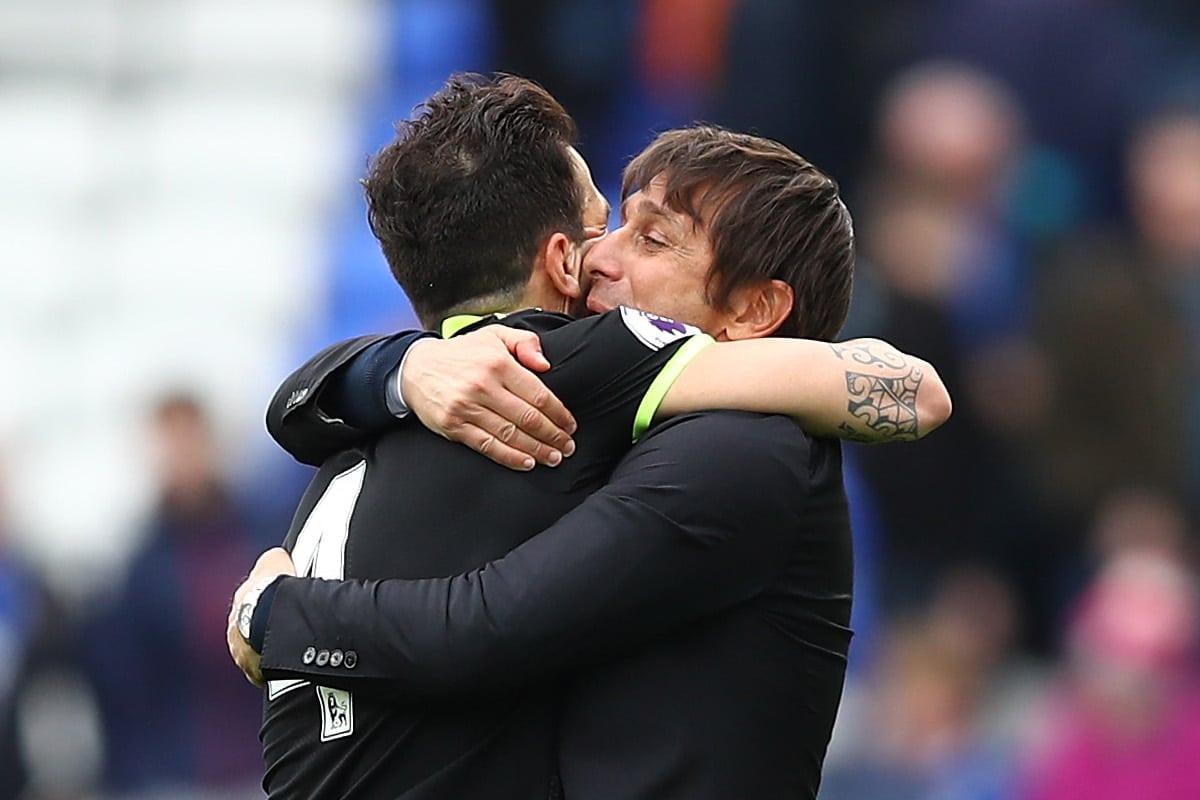 READ MORE: 6 PLAYERS CHELSEA MAY CASH IN ON THIS SUMMER

It's testament to Fàbregas' professionalism that despite only starting ten Premier League games this season, there have been no noises from his camp about being disgruntled.

Giving he accepts his own shortcomings, that isn't entirely unsurprising. The former Barcelona star is no longer the man for every occasion.

For the majority of the campaign, and usually in matches against higher quality opposition, Conte has selected Nemanja Matić and N'Golo Kante as his midfield pairing – the Italian preferring the duo's ability to restrict space and win back possession ahead of Fàbregas' technique with the ball.

The ex-Arsenal captain has often been restricted to second half substitute appearances. But that doesn't mean he's been unable to influence games.

In the Premier League Fàbregas has racked up nine assists, the fourth highest in the division, and scored four times. He is contributing to a Chelsea goal every 81 minutes he is on the field.

The Chelsea number four also averages 1.7 key passes per 90 minutes. Only Hazard can better those figures in the Chelsea squad. 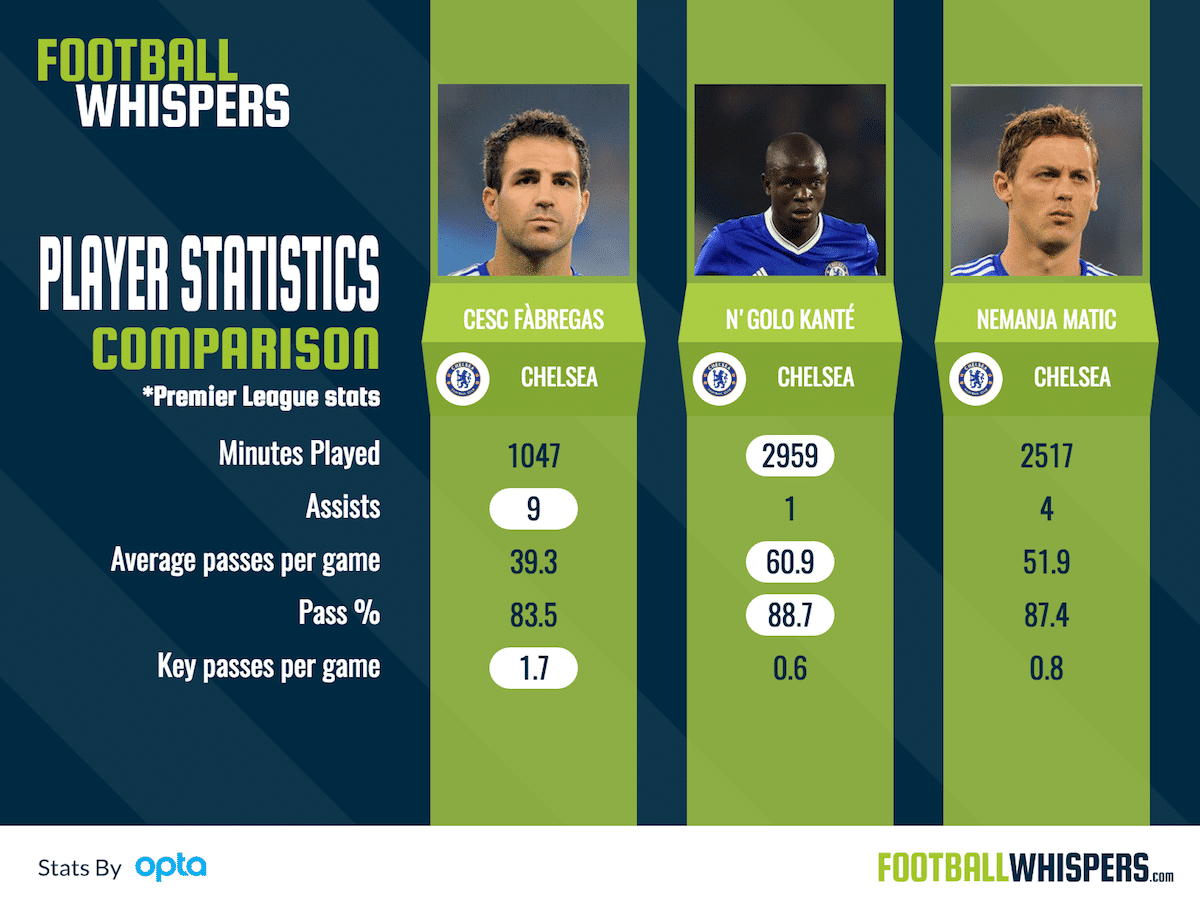 Chelsea, who have one hand on the Premier League trophy after Sunday's win at Everton, have already guaranteed themselves a place in next season's Champions League.

It will mean the Blues play a minimum six more matches compared to this season, and that's not including two-legged knock-out ties should they make it through the group.

Conte will have to manage his squad carefully. The Italian has been fortunate with injuries this season and only 13 players have played more than 1000 minutes for Chelsea. Keeping the same starting XI every week won't be a luxury next term.

The Blues will strengthen this summer. Monaco midfielder Tiemoué Bakayoko is a Chelsea transfer target but he wouldn't be a direct replacement for Fàbregas.

Bakayoko plays only 0.5 key passes per game and has only one assist to his name in Ligue 1 during the current campaign. He is another athletic midfielder rather than a creator.

Marco Verratti has also been linked with a switch to Stamford Bridge but even if the Blues were able to prise him away from Paris Saint-Germain, which is highly unlikely, the little Italian doesn't match Fàbregas' impact in the final third. 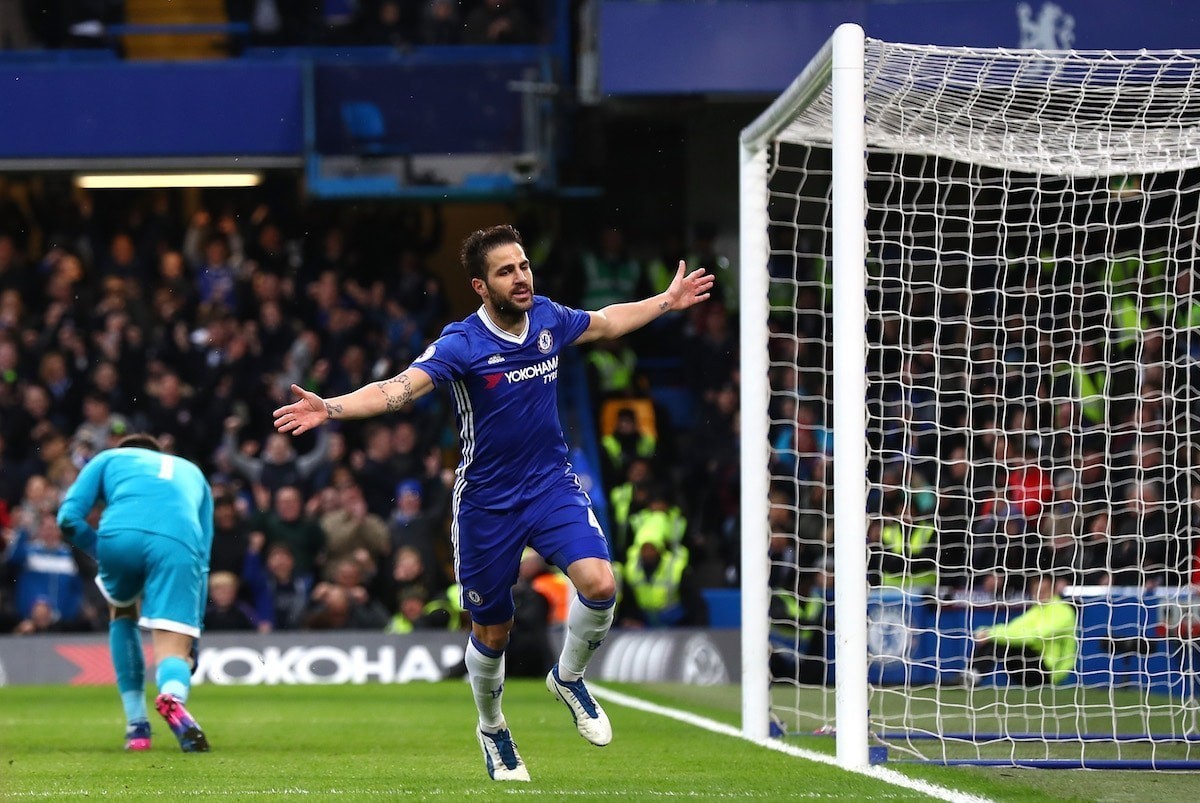 Add in the risk that any new signing may not immediately settle at the club and keeping Fàbregas in west London is the smart move.

“I try to get even better because football is growing in a way that before I don’t think it was,” he told Chelsea TV in February. “Every day you see less talent and more power players running around.”

Fàbregas is of course right. Athletic all-rounders are now preferred in the centre of midfield by the majority of managers. But there should always been room for an artist.

Chelsea have one in Fàbregas and they shouldn't let him go.