If Southampton were a film star, then they would have to be the Terminator. Time and time again, the Saints come back from the dead when seemingly their ‘vital organs’ are ripped out.

Most summers it is a familiar story as, after another successful season, the Premier League’s biggest clubs make their way down to the south coast looking to bolster their own squads for the upcoming campaign.

Adam Lallana, Dejan Lovren, Luke Shaw, Morgan Schneiderlin, Nathaniel Clyne, Sadio Mané and Victor Wanyama are just a few of the rising stars who have been plucked from Southampton after showcasing their potential at St. Mary’s.

Managers are no stranger to being lured away too, with both Mauricio Pochettino and Ronald Koeman cutting their teeth in English football on the south coast before being snapped up by Tottenham Hotspur and Everton respectively.

So how, when it appears as though Southampton are battling against a constant sea of change, do the club stay afloat? In simple terms, the answer is planning.

The club is structured in such a way that it is not dependent on one player or the manager. Instead they are cogs in a broader machine, which, if it loses one aspect, searches for another to replace it to ensure everything remains in working order.

The playing squad is naturally the area that is most susceptible to change and as such executive director Les Reed and his team have their work cut out.

However, he reveals the transfer market is not necessarily the place they go to look for replacements when the latest big name walks out the door.

“Our structure is that if we can bring a player through the academy, a readymade player like Luke Shaw at left-back at the time, then we will use him as a priority,” says Reed.

“If we need to buy a player then we look domestically first, particularly if they’ve played for a Premier League club – and they don’t necessarily need to be English for that. Our Spanish midfielder Oriol Romeu played 35 games for Chelsea, for instance.”

The key to Southampton’s model, of course, is having an academy that is able to cope with the club’s demand for promoting youngsters to the first team.

The likes of Calum Chambers, James Ward-Prowse and Shaw have all come through the ranks to thrive in the first team and, in some cases, move on to pastures new.

This boom in young talent has been helped by Reed’s arrival in 2010. When he joined the club Reed invested heavily in a youth setup that had already established good recruitment links in the community, as shown by their unearthing of Gareth Bale and Theo Walcott.

Since then, though, the in-depth nature of the club’s work has gone up and now information is stored on all of Southampton’s players at every level in the famous black box. It may sound like a fantasy creation but in reality it is a live database, run by half a dozen analysts and it tracks every player at the club to ensure standards are met. 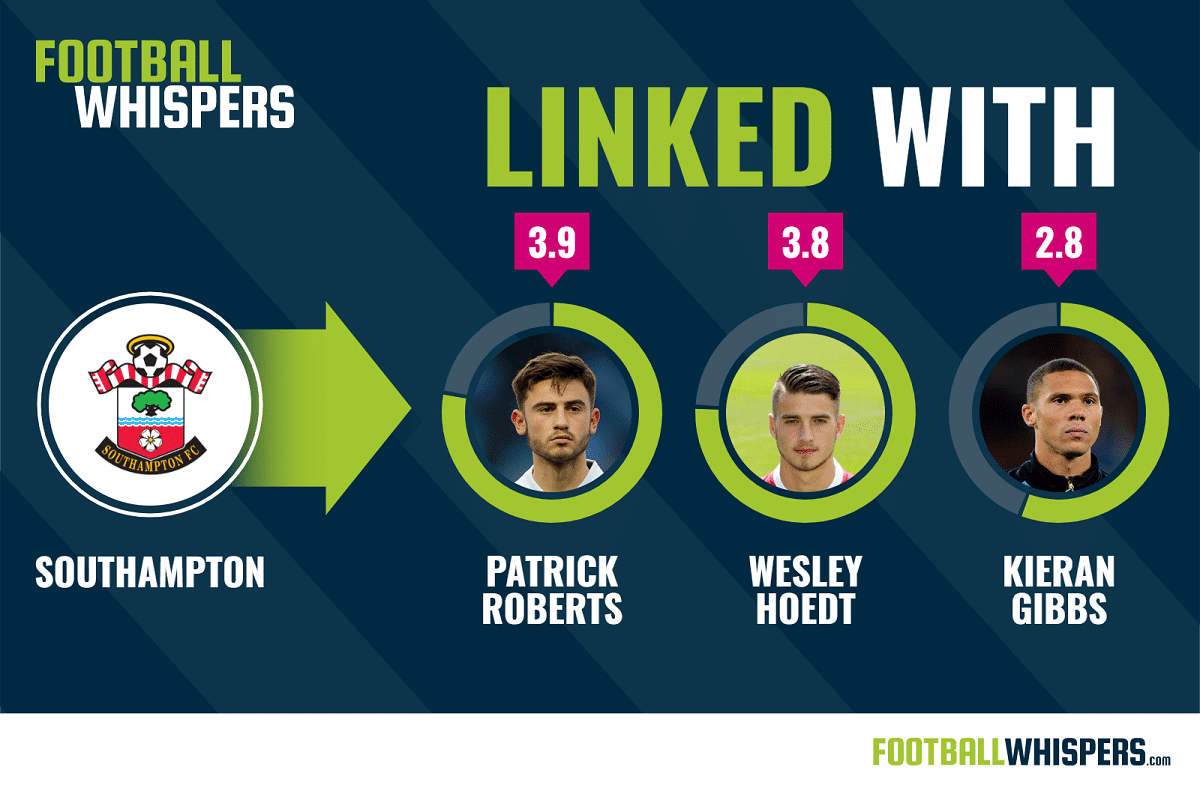 However, added to it is information from players outside of the club from all around the world. These are viable targets who could be next in the door if the solution is not found in the academy.

“Potential signings need to have the kind of profile that is similar to a player who has come through our academy,” says Reed.

“Pierre-Emile Højbjerg who we bought from Bayern Munich and Cedric Soares from Sporting Lisbon fit into that profile, for example.

“And then if we bring in somebody like Victor Wanyama, Sadio Mané or Maya Yoshida, from countries further afield than Europe, have they proved themselves at a club in the continent first? Wanyama had with Celtic, Mané had with Red Bull Salzburg and Maya had with Dutch club VVV-Venlo.

“We probably wouldn’t take a player straight from outside of Europe without them having some sort of prior experience here.”

While Southampton’s constant production line of young talent maybe impressive, as Reed points out their ability to unearth hidden gems on the continent who go on to be Premier League stars is equally impressive.

Few had heard of Mané before he came to England, while the likes of Virgil van Dijk and Wanyama were unfancied by the biggest clubs. Southampton, though, thanks to their extensive scouting network are able to watch such players before they even make their name somewhere else in Europe.

It is what allowed them to be ahead of the curve with Mané as, even before his time at Red Bull Salzburg, they were well aware of his talents.

Southampton may look close to home for the solution, but that doesn’t mean they don’t have eyes everywhere.

“Our priority is the UK and Ireland, then we go Holland, France, Belgium, Spain, Italy and other major European countries,” says Reed.

“We have resident scouts in those countries which is why we spot players like Yoshida.

“We are starting to look into Eastern Europe a little bit with a couple of other scouts. We have eyes on the ground in those places who know the scene.

“Now, with players like Mané, we knew of him before he moved to Red Bull because now, four years on from signing Maya, we have the technology and the ability to track players whilst they are playing outside of Europe.

“Generally we wouldn’t take them direct, we would just have a bit more information about them.”

Such amazing detail and knowledge makes it easier to understand just how Southampton are able to continually succeed when, from the outside, it appears as though the odds are stacked against them.

And it is exactly that which should give Saints fans hope as the transfer window ticks down towards its conclusion.

The likes of van Dijk could still head out the door in the final moments, especially if Liverpool get their way. But if history and Reed have taught us anything, it is that Southampton are more than prepared for whatever comes next.