Legendary former Arsenal and England goalkeeper David Seaman believes the Gunners have been “left behind a little bit” and must spend big this summer in order to compete in the Premier League.

Arsène Wenger's side finished the 2016/17 season on a high by claiming a record 13th FA Cup, but fans remain downbeat by the team's failure to qualify for the Champions League for the first time in two decades.

Speking to Football Whispers TV, Seaman said Arsenal need to splash the cash ahead of next season to ensure they don't get cut adrift in the race for major honours. That not only means signing top players, but keeping their current stars too.

“With [Alexis] Sánchez and [Mesut] Özil, we don’t want to be losing that quality of player. That’s the type of player that I’m praying we bring in,” the 74-cap former England international said.

“We’ve struggled to be in the race for the league in the last few seasons. We’ve never really been in the race for the Champions League. It’s time that we put our money where our mouth is and start getting some right results off the field as well as on it.

“We don’t know whether we can compete [with the Premier League's big spenders in the market] because we’ve never been told any different. It’s time for the board and the owners to put their hands in their pocket and show what they’ve got because we’re getting left behind a little bit.

“With the likes of Chelsea, Man City, Man United, they’ve got big, big financial backing. They’re attracting the players and it’s time that we did as well.

“We’ve got to start attracting the top players again. And that might mean moving the wage structure a little bit and paying the right fees as well. We’re still a long way down the line where we need a few players.

“I think we need a new centre-half — a dominating centre half; a dominating holding midfielder — a Patrick Vieria type, a [Nemanja] Matić type, Yaya Touré. That type of big, strong controlling midfield player; maybe a striker. I’m talking of the spine of the team there – it’s not quite right yet.” 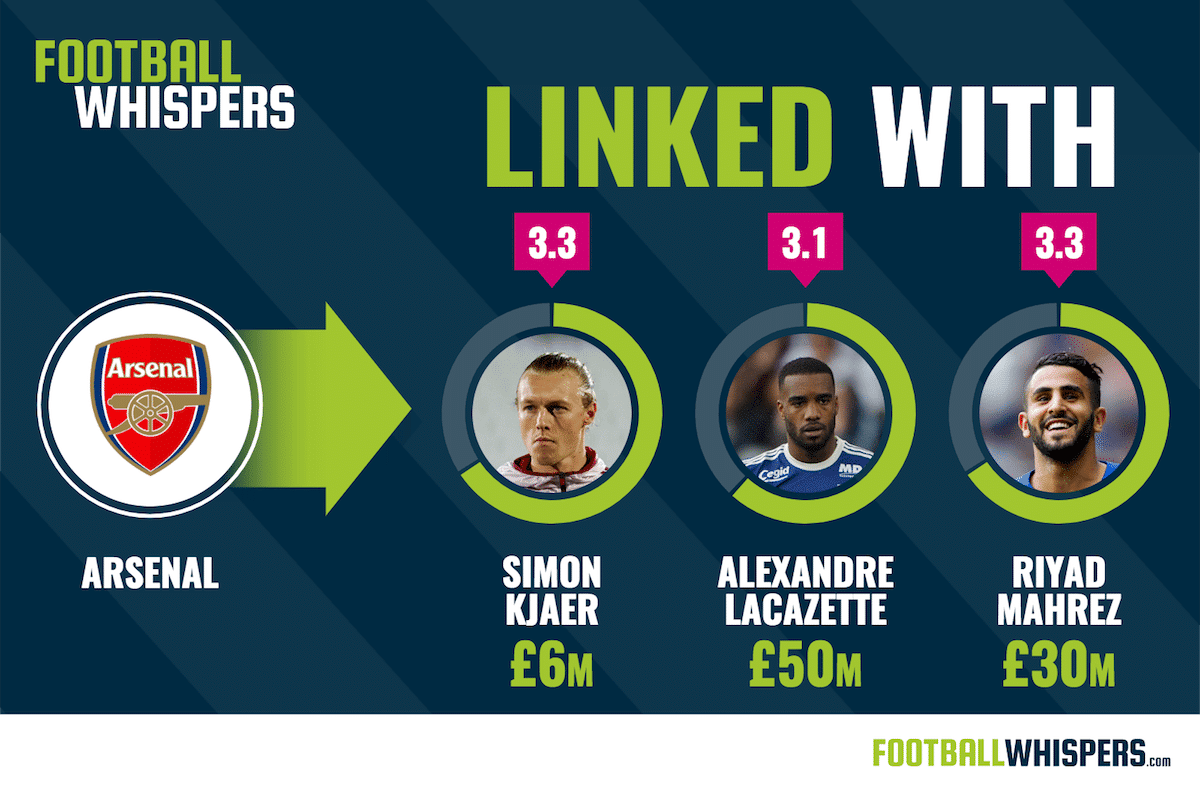 The loss of Champions League football is a blow to Arsenal's aspirations in the transfer market this summer, and some players will undoubtedly think twice about moving to the Emirates Stadium without the prospect of playing in Europe's premier club competition.

But Seaman is confident that it won't be too much of an issue, as the Gunners' long-standing track record of making it to the top table of continental football will figure in any prospective new arrival's thinking.

“I don’t think it will because it’s just a one off,” he told Football Whispers when asked whether a lack off Champions League football will deter Arsenal's targets.

“We’ve been in it for 20 years so hopefully players will look at that and think: ‘Ok, it might just be one season I’m not in the Champions League.'

“And hopefully it doesn’t bother them too much. Once you pay a player enough money I think that’s the main attraction.”

The news that Wenger has committed to Arsenal for another two years has divided supporters, with many feeling that it's high time for the 67-year-old Frenchman to move on and that the club would be better served by a new manager.

Seaman certainly doesn't share that belief, however. Having worked under the former Monaco and Grampus Eight coach in his time at Highbury, the former goalkeeper is sure his old boss remains the best man for the job and feels the supporters' protests are counter-productive.

“The demonstrations and the unrest isn't good for the team,” Seaman said. “They were venting their anger on match-day which wasn’t helping at all.

“The timing of the announcement [of Wenger’s new contract] should have been dealt with a lot earlier to get that out of the way and then let people move on. It would have been easier for the players if all that anger wasn’t there.

“I’m very happy that Arsène has signed for another two years. It’s moving forward. There is stuff that needs to change.

“He’s definitely the ideal man. We know what he can do. I don’t know how much backing has been there before, it’s never been told. Arsène’s not the type who’d drop little hints about that but it’s time that it was there.”

As for Arsenal‘s future prospects, Seaman is confident that, with the right additions, they his old club will be back on top.

“They’ve still got a chance of getting in the Champions League. As we saw in the cup final, they can still play, they can play against big teams. People say Chelsea didn’t turn up, well I say Arsenal didn’t allow them to turn up.

“We know the qualities they’ve got. If they just add a few more players to that, who knows where it could take them next season.”