Reports from Germany over the weekend seemed to confirm that Sead Kolašinac, Schalke's in-demand full-back, had finally agreed to sign a five-year deal with Arsenal. The 23-year-old joins on a free and provides the Gunners with a superb option down the left flank.

Arsène Wenger, somewhat uncharacteristically, after a humbling 3-0 defeat to Crystal Palace, sprung a surprise with his Arsenal team selection in the following game against Middlesbrough in April.

Rather than their customary 4-2-3-1 formation, Wenger’s men lined up with a three-man backline for the first time in two decades.

The Bosnian international has played a number of games at centre-back, but is more commonly found either at left-back or left midfield, making him the ideal signing when you are playing with wing-backs.

Instantly, the Gunners defence looked stronger. Wins over Manchester City in the FA Cup semi-final, Leicester City and Manchester United, gave the impression that new life had been injected into the squad – only a 2-0 defeat to Spurs in the North London derby going against the club.

On the other flank Wenger has kept faith with Nacho Monreal, but with injuries to centre-backs, the Spaniard has had to cover inside and Kieran Gibbs has deputised at wing-back. It was clear that an upgrade in the summer was needed. 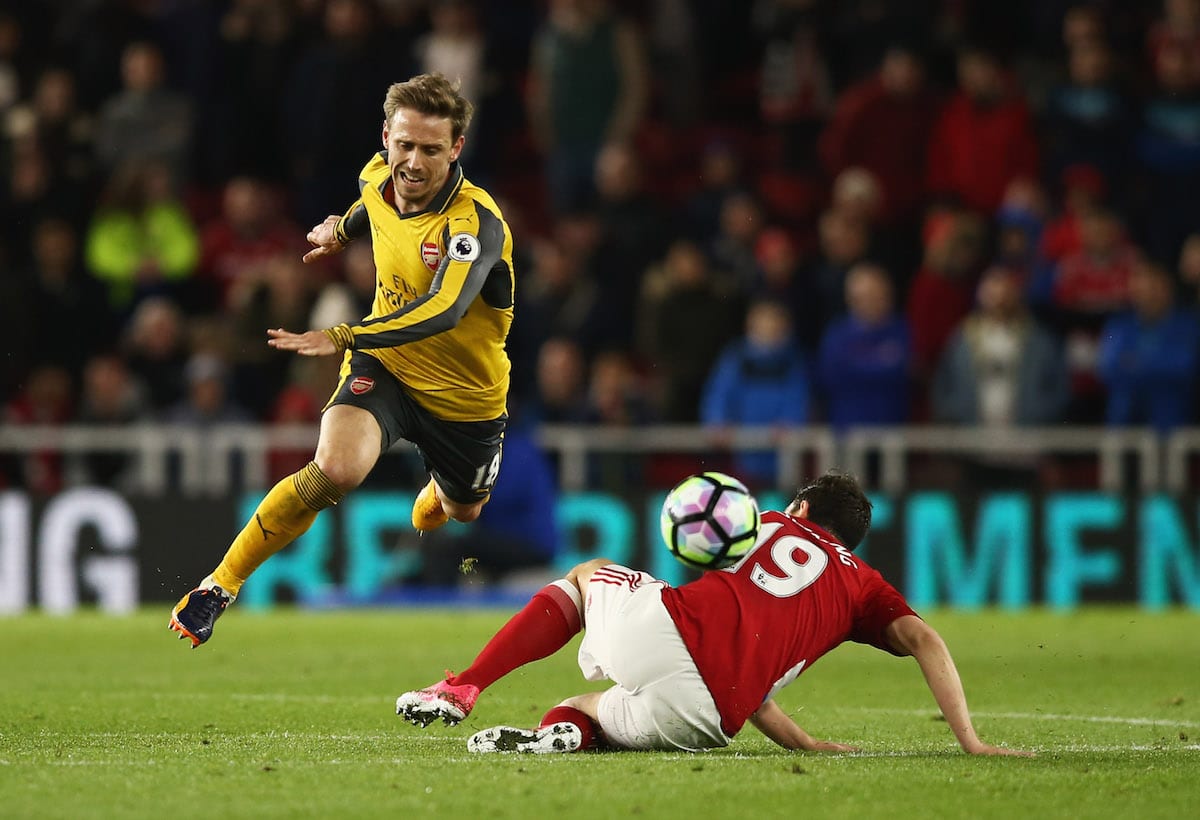 The Spaniard was beaten far too easily by Stewart Downing in the build-up to Boro’s equaliser in that opening game and often seemed unsure of his positioning in both defence and attack. Now 31, it would not be a surprise if Monreal departed Arsenal this summer.

At the very least, the former Osasuna and Malaga man is unlikely to be the North Londoners’ first-choice left-back next term – whether Wenger remains at the helm or not.

Milan were also known to be keen admirers, but Arsenal and Man City remained the most interested and favourites to sign the 23-year-old. It will be a huge boost to Gunners fans that he has agreed to move to the Emirates this summer. 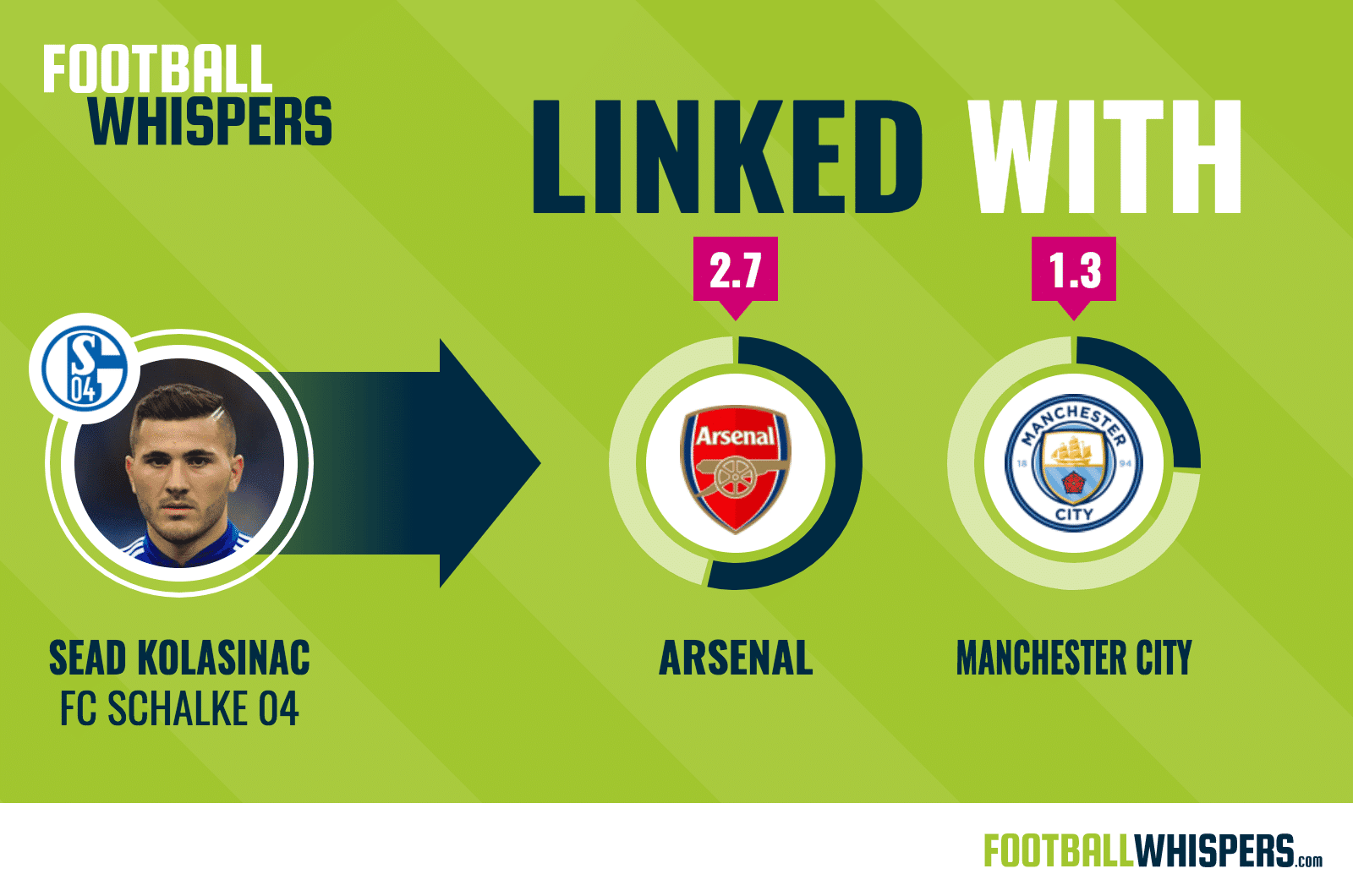 What will Arsenal be getting?

Kolašinac, who becomes a free agent upon the expiration of his Schalke contract at the end of June, was born in Karlsruhe, south-west Germany, to Bosnian parents in 1993.

His path towards a career as a professional footballer began in the Karlsruhe academy, which he joined at eight. He later spent a year at Hoffenheim and a few months at Stuttgart before joining Schalke’s youth ranks in 2011.

It did not take long for Kolašinac to make an impression. Two goals – and several other excellent moments – in seven appearances for the Royal Blues’ reserve team earned the left-back a promotion to the senior setup.

Sixteen outings in the Bundesliga followed before the conclusion of the 2012/13 campaign, with Kolašinac then going on to start 21 times under Jens Keller in 2013/14. He also featured for his country at the World Cup at the end of that season, and has gone from strength to strength at club level in the three years since.

A threat in both directions

Direct and powerful, Kolašinac would offer a great deal more going forward than Monreal. He possesses the stamina to work tirelessly up and down the flank, while he is also fast enough to help launch counter-attacks when possession of the ball changes hands.

Sánchez's future has not yet been decided but the presence of an attack-minded and overlapping left-back on that side of the pitch would surely work to the Chilean’s benefit, allowing him to drift infield on an even more regular basis in the knowledge that attacking width is still being provided.

His physical attributes also make him a difficult opponent going the other way and there are not many Bundesliga wide men who relish a battle with the burly Bosnian.

Kolašinac averages more tackles and interceptions per 90 minutes than both Monreal and Kieran Gibbs and, although much of this has to do with the fact that Schalke have less of the ball and, all things considered, are a weaker team than Arsenal, there is a good chance that his statistical supremacy in these areas would continue even if he was wearing a different shirt. 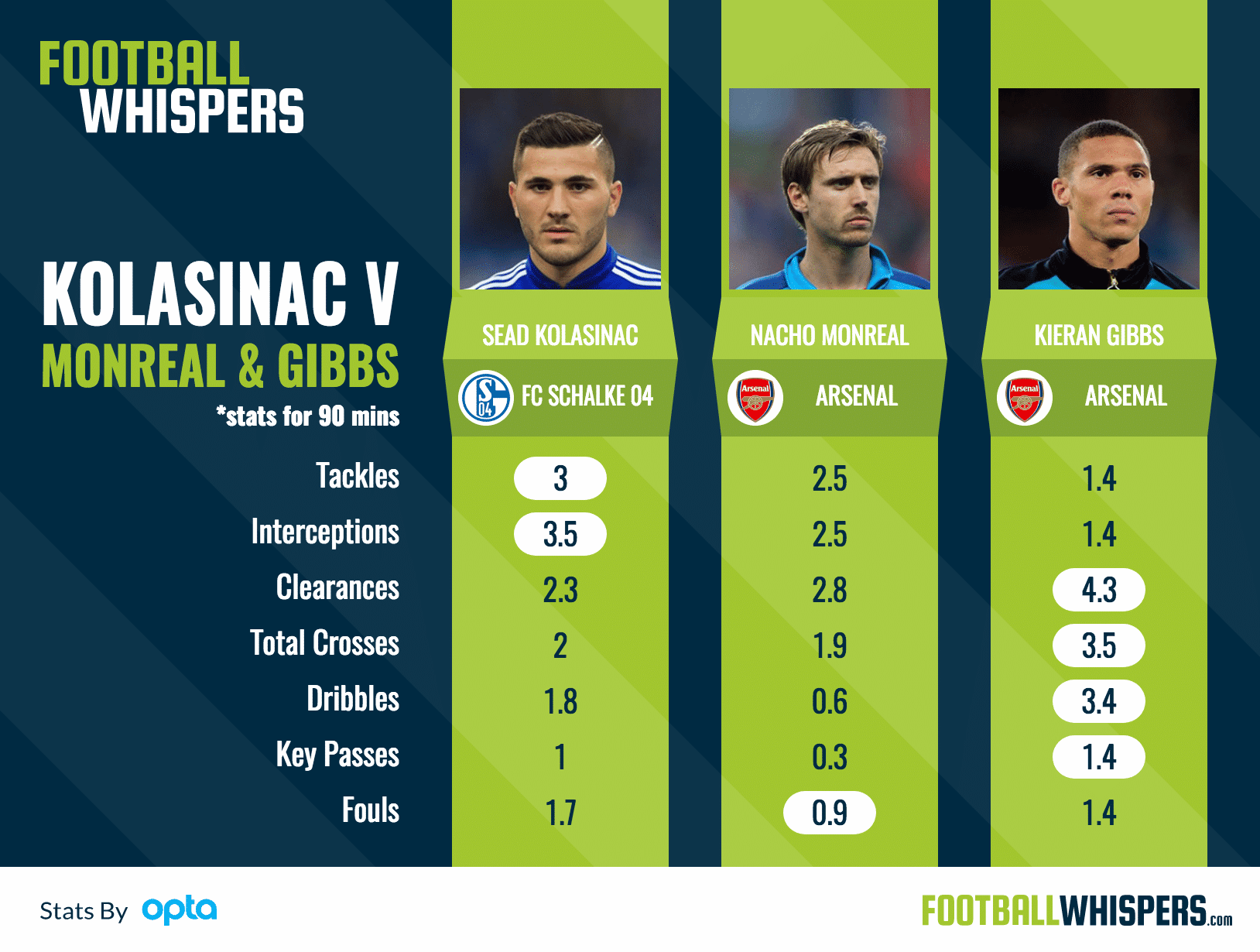 Wenger has regularly been accused of recruiting players without the requisite character and leadership skills to win trophies in recent years. Signing a physical, aggressive and full-blooded full-back in the mould of Kolašinac would provide the Frenchman with some evidence against that charge.

It seems more likely than not that Wenger will extend his stay in North London and several fan-pleasing dealings in the transfer market will probably be necessary if the 67-year-old is to win back the support of those on the terraces.

The likely lack of Champions League football could have harmed Arsenal’s prospects of landing the left-back. But the Schalke man may be tempted by the fact that he would almost certainly start ahead of Monreal and Gibbs in his favoured position.

Throw in the Gunners’ ability to pay sizeable wages, not to mention the size of the club, and it should not be too much of a hard sell for Wenger and the Arsenal hierarchy.

Kolašinac would be a smart signing. He is young, available on a free and would improve their starting XI if he joined tomorrow. Arsenal have not had much to cheer about this season but adding the 23-year-old to their ranks would certainly be cause for celebration.