Very rarely do the children of great footballers eclipse their forebears, but Giovanni Simeone is doing his best to carve out his own distinct path in the game.

The son of former Atletico Madrid, Inter Milan and Argentina midfielder Diego, the young striker is developing at a fast rate.

Last season was his first in Italy, where he played for Genoa. So quickly did he take to Serie A, his team didn’t even miss first-choice No.9 Leonardo Pavoletti while he was out with injury. Indeed, come January, the Italian hitman was sold to Napoli. Signing a new replacement wasn’t necessary.

Ultimately, Simeone scored 12 goals in 35 league appearances, an impressive tally for a 22-year-old in his first year abroad.

That record was particularly commendable considering it came in a league renowned for its defensive nous and rigorous organisation.

On the back of that form, rumours regarding the Argentine’s future grew. Genoa have a proclivity for selling their best players on an annual basis, and their top scorer has attracted serious interest. Recently, it has been reported that he is a Tottenham Hotspur target.

Spurs have yet to make a signing in this summer’s transfer window, and they are the only member of the Premier League top six to have made a net gain in the market thus far.

But this could change in the coming weeks as they look to reinforce their squad for a concerted crack at the title and a prolonged Champions League run.

A new striker has been on the list of considerations for some time. Vincent Janssen failed to impress throughout his debut season in English football, and Harry Kane needs quality back-up. This is where Simeone could come in.

Diego Simeone was a relentless midfield battler. He played in a multitude of positions, could defend and attack, and did all of this with a wholeheartedness and spirit that endeared him to fans. He won trophies at club level, and represented his country on the international scene for well over a decade.

In the latter stages of his Argentina career, he was joined by current Tottenham boss Mauricio Pochettino. The pair represented their country together at the 2002 World Cup; within years of that tournament they would be embarking on exceptional managerial careers.

Simeone was known as ‘Cholo’, and he would create a style of play that the press would term ‘Cholismo’. With Atletico Madrid, he has altered the vista of Spanish and European football, breaking up the Barcelona–Real Madrid duopoly.

Pochettino has not quite had such success – he has yet to lead Spurs to the title or a Champions League final, for instance – but he has changed the English footballing hierarchy.

Last season, for the first time in over two decades, Tottenham finished above rivals Arsenal in the Premier League standings.

But the two are more than mere former team-mates and game-changing managers – they are friends. They have a mutual respect for one another and are tactically of a similar mind. Both are seen as disciples of Marcelo Bielsa – they prefer an intense pressing game and guarantee outstanding defensive organisation from their teams.

Giovanni Simeone is very much a player in the Bielsista mould. He plays for Genoa – an aggressive, man-marking team – and he is a passionate, frenetic sort of forward, constantly working with and without the ball.

Thus, the 22-year-old is continuation of the playing style, tactical principles and mentality of his father. This informs his ‘Cholito’ moniker, and no doubt also informs the recent links to Tottenham. 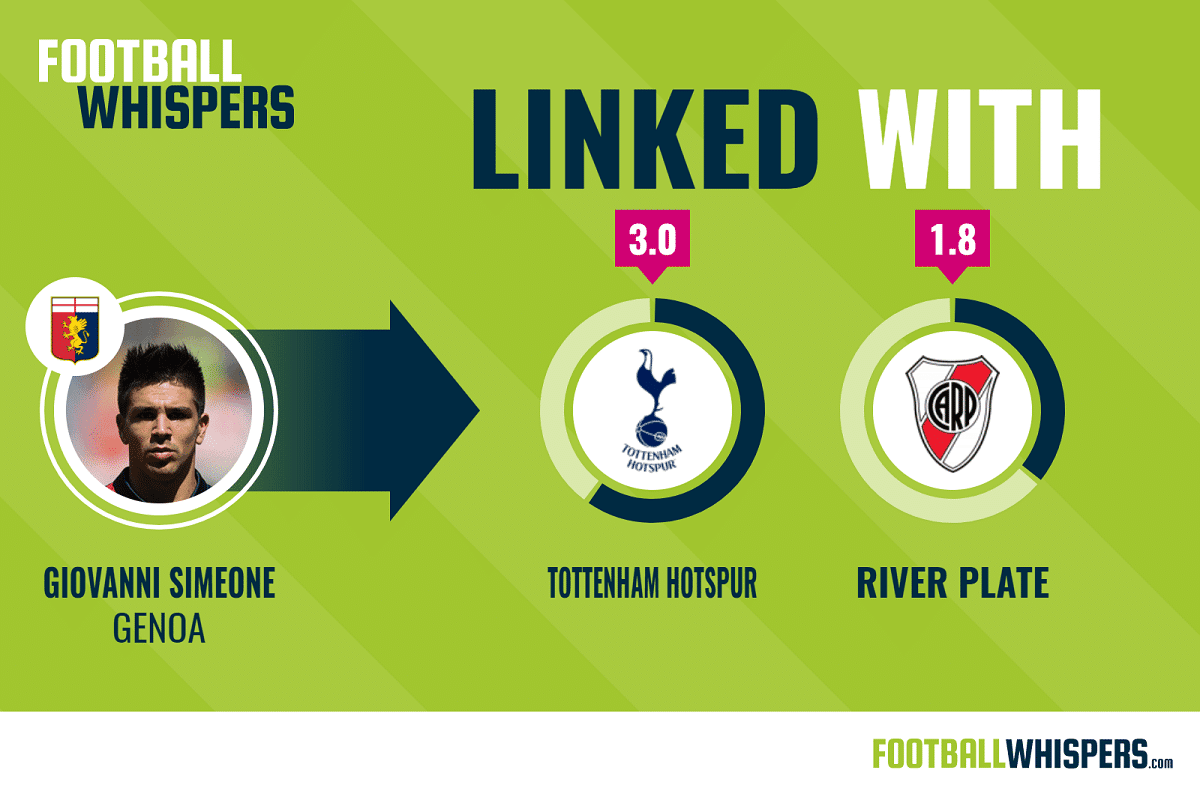 He is a combative operator, offering constant movement and looking to defend from the front. His work ethic, athleticism and pace help him to cover ground and, given Spurs often want to win the ball back high up the pitch, these traits would help him fit in.

His defensive aptitude is shown in the graphic below, where he anticipates a pass from an opponent, closes down the ball receiver and intercepts the pass to set up a counter-attack. 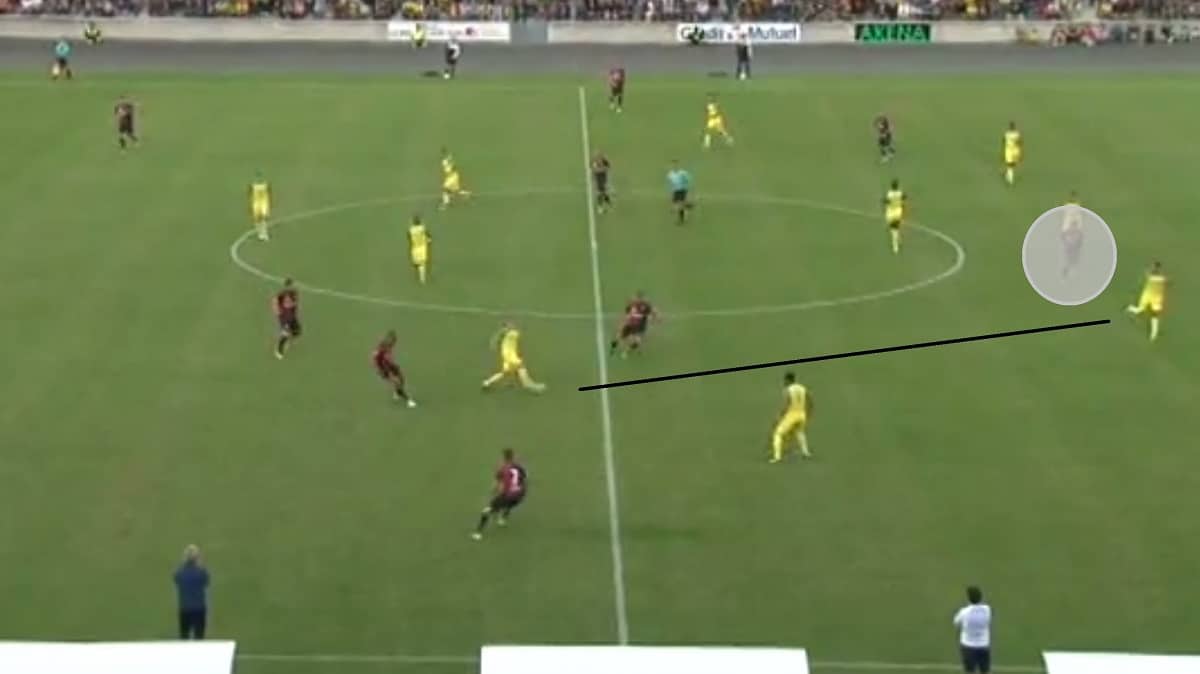 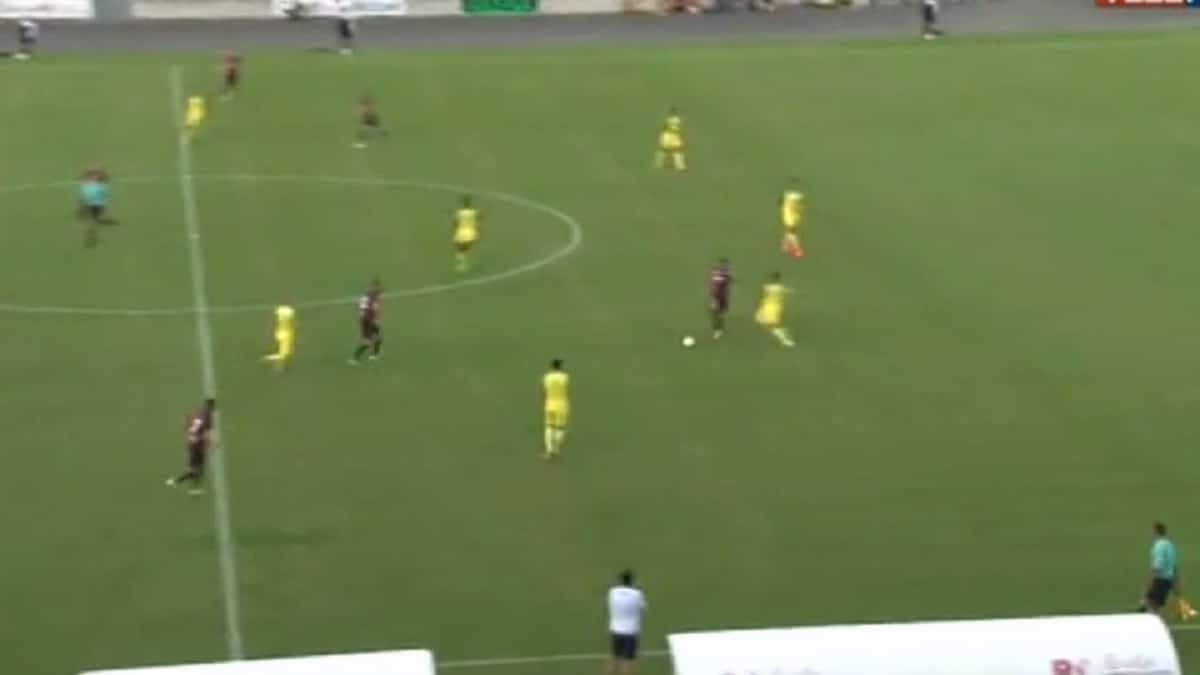 On the ball, Simeone is physically strong and uses his body well to hold off opponents. While he is not technically the most adept and his ball control can be inconsistent, his single-mindedness and intelligence allow him to drive beyond markers.

Given the above, it’s no surprise that the Argentine is primarily a forward-facing striker. He relishes turning to face defenders and dribbling towards them, using his aggression and mobility to win duels and sprint behind opponents

An example of this is seen below where he emerges from a tight spot thanks to his physicality and awareness, carries the ball beyond two attentive markers into the opposition’s half, and lays off to a team-mate to continue the counter-attack. 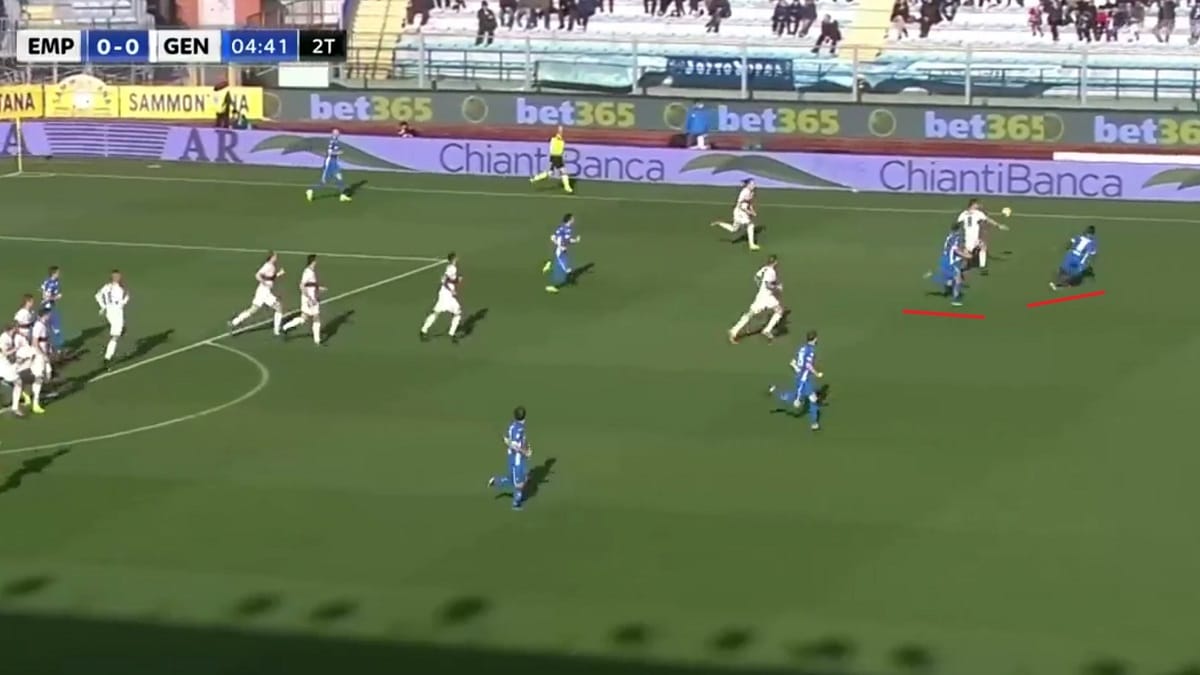 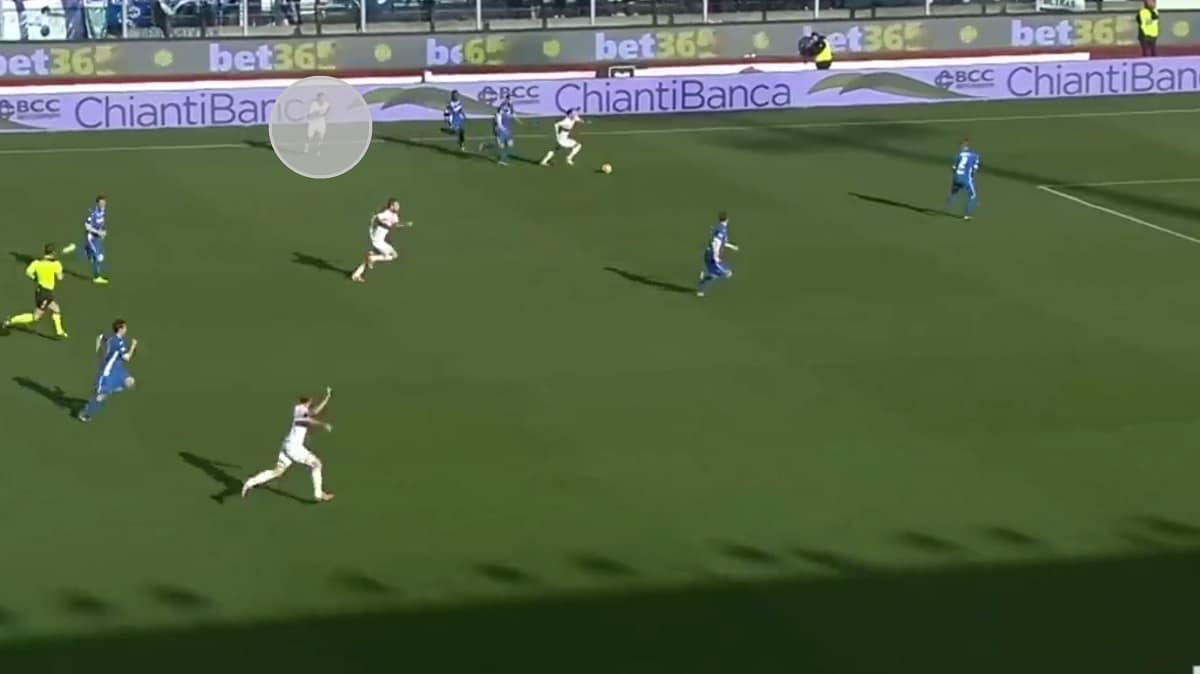 Simeone is direct fast and an astute mover. He doesn’t act as a central reference point up front, instead moving into the channels or wide areas to offer viable passing lanes for team-mates to hit.

He finds the space, looks to drive inward and commit defenders, creating chances in the process.

HOW DOES HE COMPARE TO KANE AND JANSSEN?

Simeone is not as refined as Kane or Janssen, and his hold-up and link-up play is perhaps a little rougher around the edges as a consequence. However, he is capable in these areas, and would offer Tottenham an alternative outlet up front.

His willingness to run and dribble could help disorganise packed defences, while his defensive approach would fit Pochettino’s high pressing and intense counter-pressing tactics.

The statistics per game support this notion, as last season he made more tackles and interceptions per match than Kane and Janssen. He also made significantly more fouls, which is a sign not only of his aggression, but of his desire to disrupt opposition build-up.

In possession, he completed more passes per game than Janssen, though he made slightly fewer key passes and his success percentage was notably lower. These numbers could be upped, however, if playing for Tottenham, whose quality and quantity of possession is higher.

At 22 years of age and with a reported fee of £18million needed to persuade Genoa to sell, the young striker fits Spurs’ transfer strategy. He has plenty of upside and, unlike most talented attacking prospects, wouldn’t cost an exorbitant fee – at least by today’s extravagant standards.

But, most importantly, Simeone fits Tottenham’s tactics. He’d bring something new to their attack, and would defend from the front.