Atletico Madrid chief executive Miguel Angel Gil Marin recently revealed to Spanish radio station Onda Cero that Manchester City tried to sign promising French defensive siblings Lucas and Theo Hernandez in the summer. But it is fair to say that most City fans would know little about the brothers.

The Hernandez brothers are regarded as highly promising youngsters for Atletico, and Los Rojiblancos are understandably determined to hold onto the pair.

But with City’s vast wealth and manager Pep Guardiola’s apparent dissatisfaction with the quality of his current defensive options, the Premier League club could be poised to make a renewed move for Theo, a 19-year-old left-back, and Lucas, a 20-year-old centre-back. 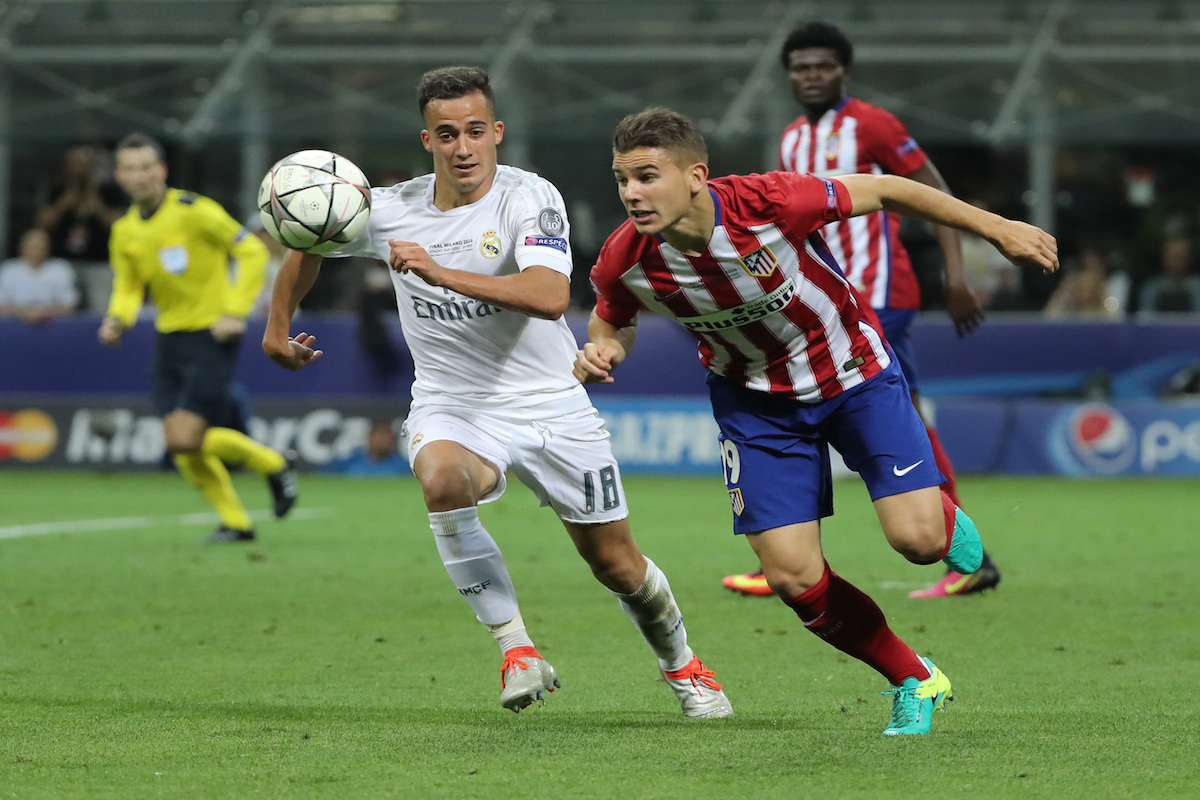 “They [City] were prepared to pay the buyout clause in both cases,” Gil Marin said. “City would have been able to pay it perfectly and the players could have easily gone.

“Atletico did what it had to do for them to stay, which was to improve their contracts and to increase their buyout clauses.

“The players, their mother, their agent and the club all agreed that the best action for them and for their development was to stay. They are going to grow in their club which is this one.” 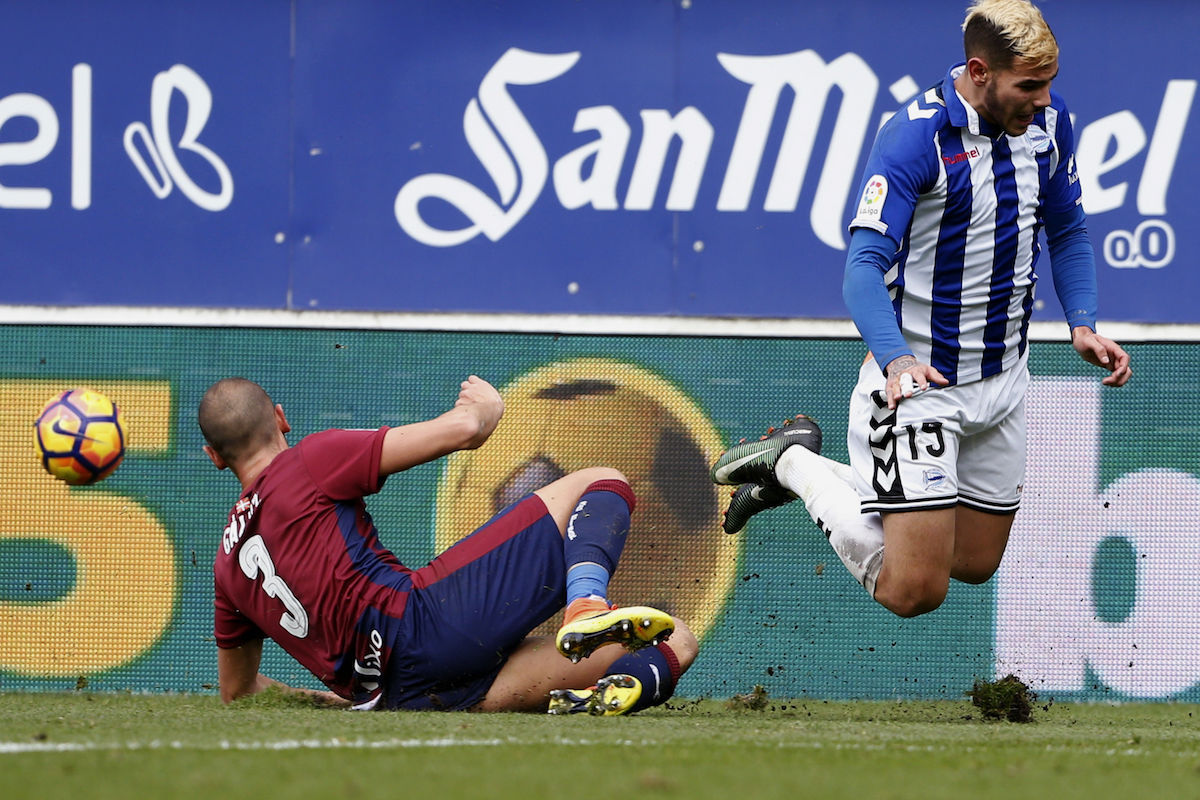 With Lucas Hernandez having made just 17 La Liga appearances to date for Atleti, and with younger brother Theo — who is currently on loan with Deportivo Alaves — yet to feature in a league game for Los Colchoneros, City fans can be forgiven for knowing little about the two players linked with moves to their club.

If City were to make Atletico an offer they couldn't refuse in the near future, what exactly would they big getting for their investment? Here Football Whispers profile both brothers.

Lucas Hernandez became a regular feature of the Atletico B team towards the end of the 2014-15 season, and made his first appearance for the senior side in December of the following campaign, completing a full 90 minutes in his side’s 3-0 Copa del Rey win over CE L’Hospitalet.

He has since been a semi-regular feature of Diego Simeone’s matchday squad. Having made four La Liga starts and an additional two substitute appearances this season, as Lucas appears to have leapfrogged 21-year-old Uruguay international Jose Gimenez in the pecking order.

Though predominantly a central defender, many of Lucas’ outings this term have come at left-back, where he has demonstrated robust physicality, pace and tremendous crossing ability.

Averaging 1.5 tackles per game in league action and 1.8 clearances, he has shown his ability to undertake the nitty-gritty duties of a defender within a well-organised unit such as the Atleti back four, while also exuding the confidence and composure of a more experienced player.

His most impressive performance to date came in the 1-0 Champions League defeat to Bayern Munich earlier this month, in which he played the full game on the left of the Atletico backline.

Despite being on the losing side, Lucas caught the eye with his four tackles, five interceptions and two clearances against high-calibre opposition. 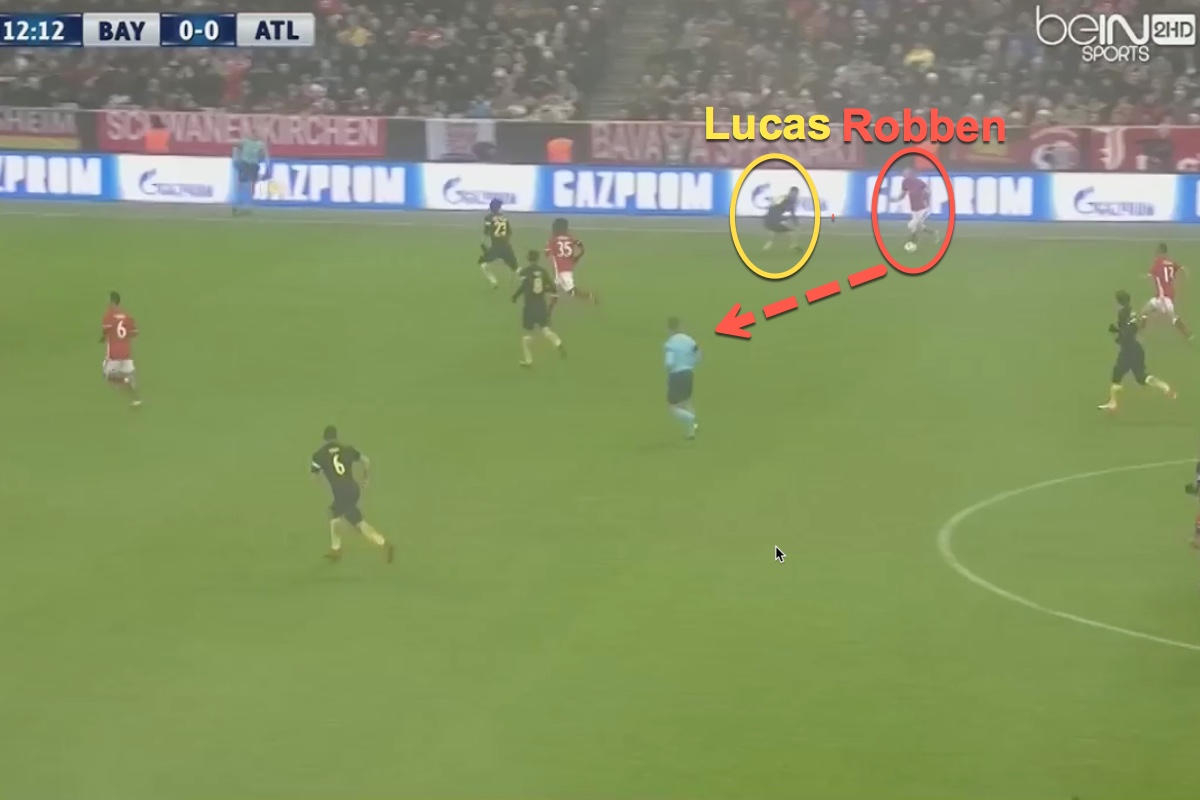 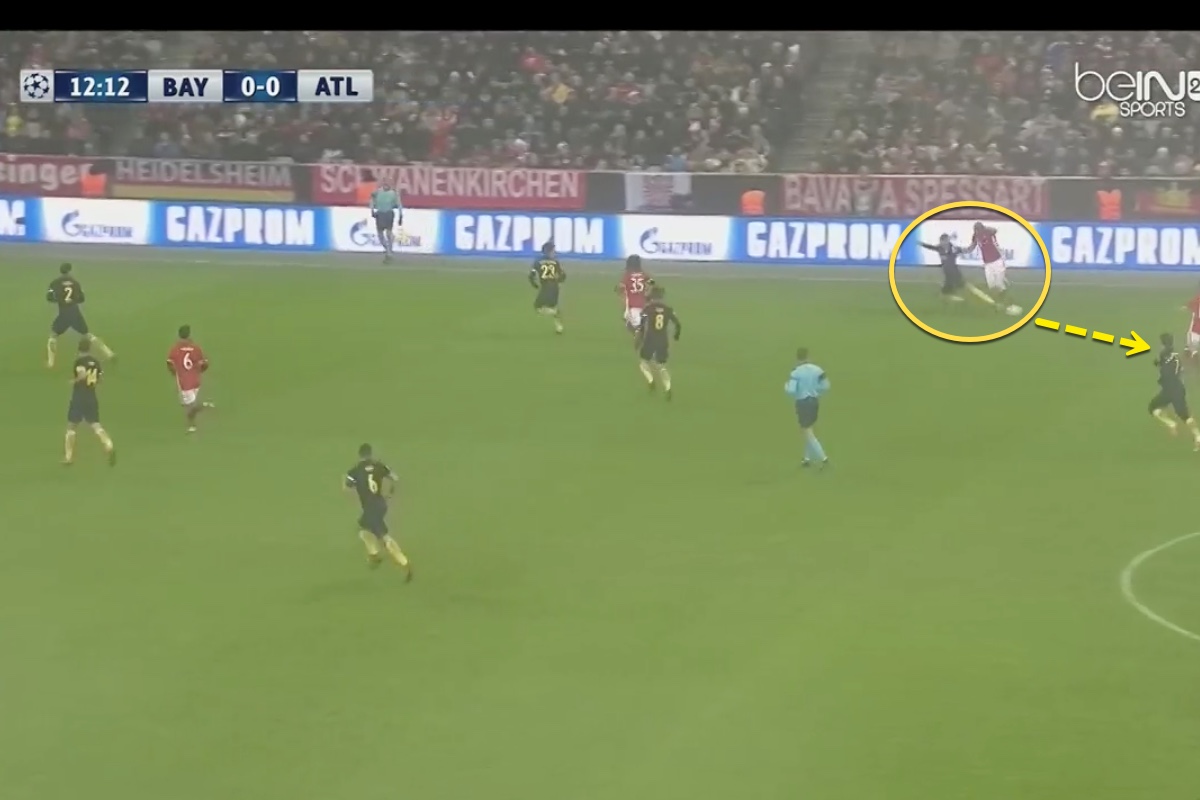 The above images show Lucas exercising impeccable timing to tackle Arjen Robben as the Dutchmen tries to dribble inside from the right wing.

He was also a potent force going forward against the Bundesliga champions, completing two key passes, one dribble and winning seven free-kicks for his team.

One key weakness in Lucas’ game which could be a potential stumbling block should he move to the Etihad, is that his passing needs work.

The France under-21 international has picked out a team-mate with just 72.7 percent of his attempted passes in La Liga this term. With Guardiola’s insistence on playing the ball out from the back, the Atleti youngster’s inaccuracy could prove troublesome.

There are signs of hope in this area, however, as Lucas has improved his pass completion rate year on year since making his first-team bow for Los Rojiblancos. In his only league appearance of the 2014-15 campaign he completed 66.7 percent of his passes, the following season he managed an average pass accuracy of 70.2 percent across 10 appearances, before again raising his average this term.

With only 17 league games under his belt, the sample size is far too small to draw sweeping conclusions about Lucas’ development. But the numbers do suggest a trend towards an improvement in his passing technique.

He may not have represented Atleti in a La Liga fixture yet, but Theo Hernandez has featured regularly for promoted Alaves this season, making 14 appearances for a total of 1240 minutes of action.

Although his brother can also play at left-back, Theo is a much more natural fit for the position. In addition to being competent defensively, he is also a dynamic threat going forward and has even started two matches as an out-and-out winger. 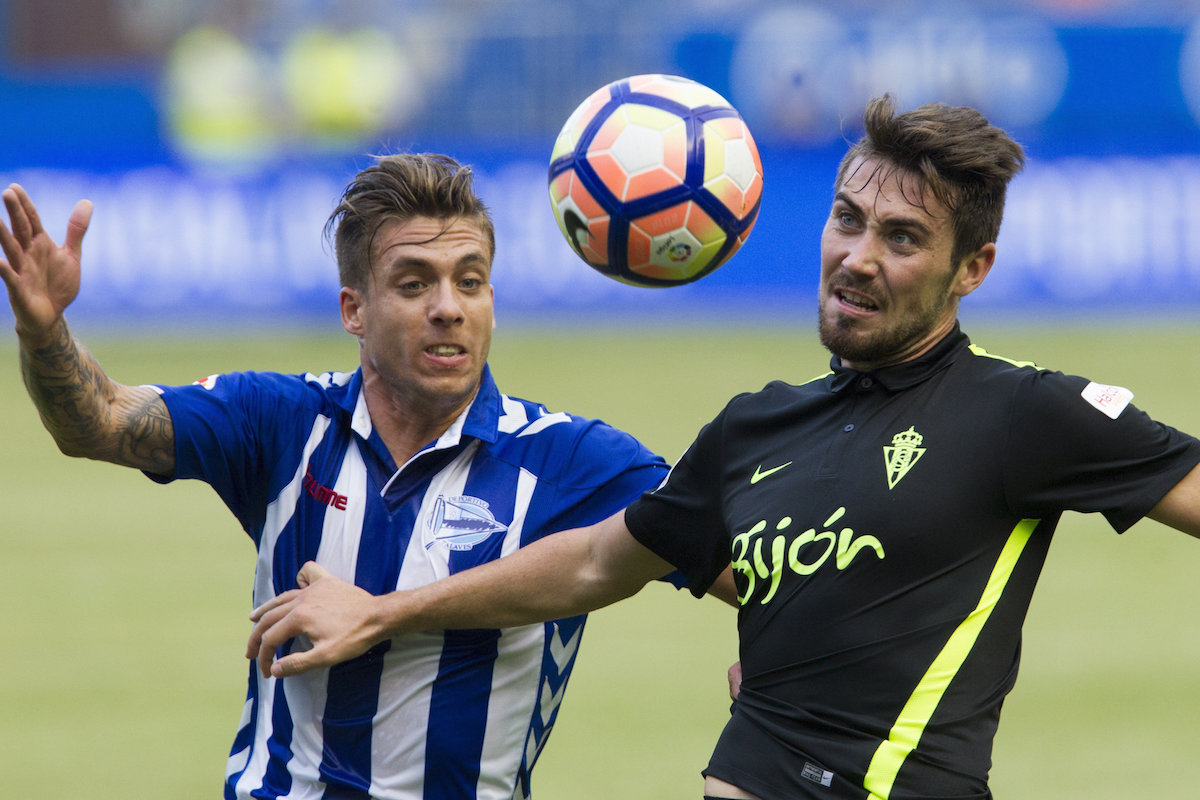 With pace, excellent crossing technique and the ability to dribble around the outside of his opposing marker, he is very much in the mould of a modern attacking full-back — the kind of which Guardiola has utilised to great effect throughout his managerial career.

The younger Hernandez sibling also demonstrated his defensive maturity in Alaves’ shock 2-1 win at the Camp Nou in the second week of the campaign, playing as part of a rigid back five which frustrated Barcelona.

With two assists to his name — one of which against Real Madrid in a 4-1 defeat — and an average of 1.9 dribbles and 0.8 key passes per game, Theo Hernandez already has the key factor that is desired in a developing player yet so often missing: end product. 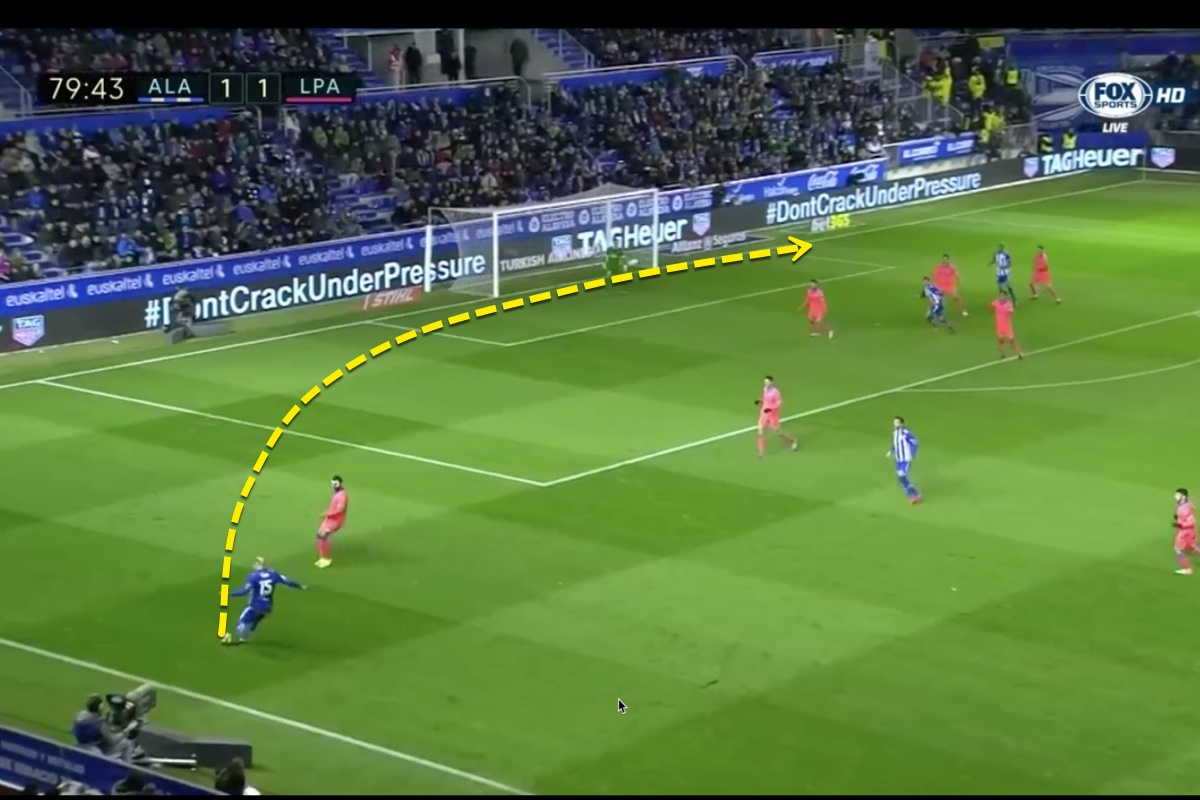 In the above image, he is shown getting forward for Alaves to whip in a dangerous cross against Las Palmas.

He also has a much better pass completion rate (79.8 percent) than his brother despite playing in a weaker side, and standing at 6ft 1ins with an aerial duels success rate of 64.7 percent, the France under-20 international has the physicality to cope with the rough and tumble of the Premier League.

The 19-year-old is not without his flaws, though. Having received five yellow cards and one red in 14 games this season, his immaturity has manifested itself in ill discipline, while his tackling technique requires further refinement.

So it is clear from the above that they are both work in progress but it is also understandable why Guardiola is keen to secure the impressive brothers' signatures.