Leeds United are about to enter the unknown. Following the surprise resignation of Garry Monk came the hiring of Thomas Christiansen, a manager few inside English football knew much about.

The Spaniard comes with a strong coaching background, having led APOEL Nicosia to the Cypriot league title last term, as well as the last 16 of the Europa League.

However, ultimately Christiansen remains an unknown quantity to the Championship. And the same could be said about a number of recently emerging Leeds transfer targets.

Most of the club’s 2016/17 captures either came from other English sides or had experienced playing in the country before. However, the latest rumours suggest that new director of football Victor Orta’s transfer policy for this summer and beyond will be far more wide-reaching.

The three names to have been linked to Leeds in the past few days are Ezgjan Alioski, Mateusz Klich and Samu Sáiz. Here, Football Whispers gives the lowdown on the trio and assesses what they could bring to the Yorkshire club.

One of the major issues with Leeds’ failed Championship play-off push last season was the simple fact that Chris Wood was their only consistent goalscorer. With 27 to his name, the New Zealander hit just over 44 per cent of the team’s 61 league goals.

If Christiansen is to enjoy a successful debut campaign in the Elland Road hot-seat, he will want additional firepower to support his line-leading hitman. This is where Alioski could come in.

Despite being born in Macedonia, the 25-year-old has made his name in Swiss football. Having come through Young Boys’ youth academy, he joined Schaffhausen before breaking out in the top tier with Lugano last season. 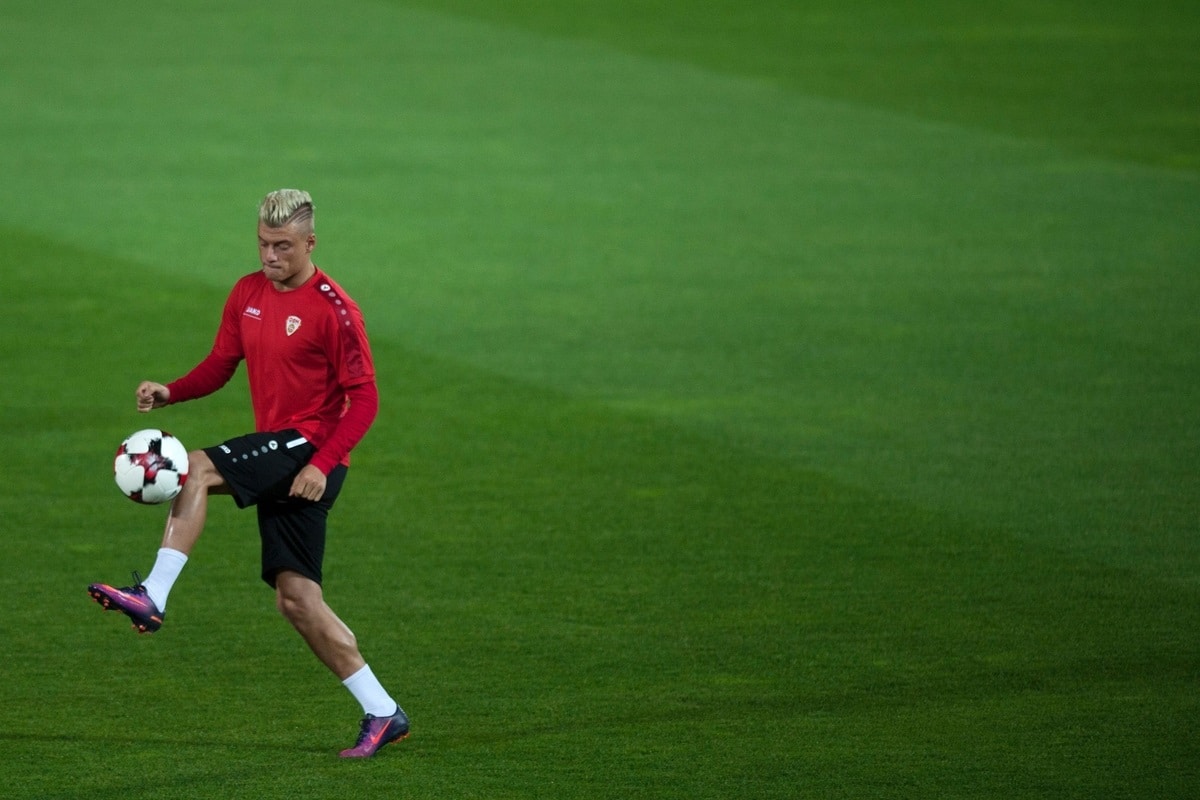 Playing on the right wing or as a striker, Alioski achieved an exceptional record in the 2016/17 Swiss Super League. Not only did he score 16 goals of his own, but he set up 14 for his team-mates. Having scored or assisted 30 of his side’s 52, he had a direct hand in a remarkable 57.7 per cent of his team’s league goals tally, helping them to a third-place finish.

Blossoming at a relatively late stage in his career to emerge as one of the most productive attacking players in Switzerland, he also took his form into the international arena. Earlier this year, he hit his first goal for Macedonia in a friendly against Turkey.

According to Swiss newspaper Blick, Leeds are set to move for Alioski. Should the deal go through, Christiansen’s attacking options would be boosted by a versatile operator just as willing to play as a winger or wing-back as he is a centre-forward or second striker.

This flexibility makes the Macedonian forward an interesting potential addition. The new boss could well employ a 4-2-3-1 not dissimilar to that used by Monk last term, and the player could feasibly fit right into any one of the three attacking midfield positions.

With a deft touch, an accurate left foot, endless stamina reserves and a good work ethic, Alioski could be an astute beginning to Leeds’ summer transfer activity.

The bedrock of Leeds’ seventh-place Championship finish last term was their defensive solidity. Organised, compact and dogged, they were a tough prospect for any opponent to break down. As a result, only three teams in the league bettered their 47 goals conceded record.

In central midfield, the work done by club captain Liam Bridcutt, brilliantly named 18-year-old prospect Ronaldo Vieira, Eunan O’Kane and academy graduate Kalvin Phillips was instrumental to the team’s play without possession of the ball, and they may soon have a like-minded team-mate in Klich.

According to Dutch news outlet Tubantia, the Polish midfielder is interesting Leeds, who have already had a bid turned down by his current club Twente.

The 27-year-old was his team’s third-highest contributor of tackles and interceptions per game in 2016/17, suggesting he has the mettle and defensive intelligence to suit the Yorkshire club’s midfield. However, he would also add another dimension in this area. 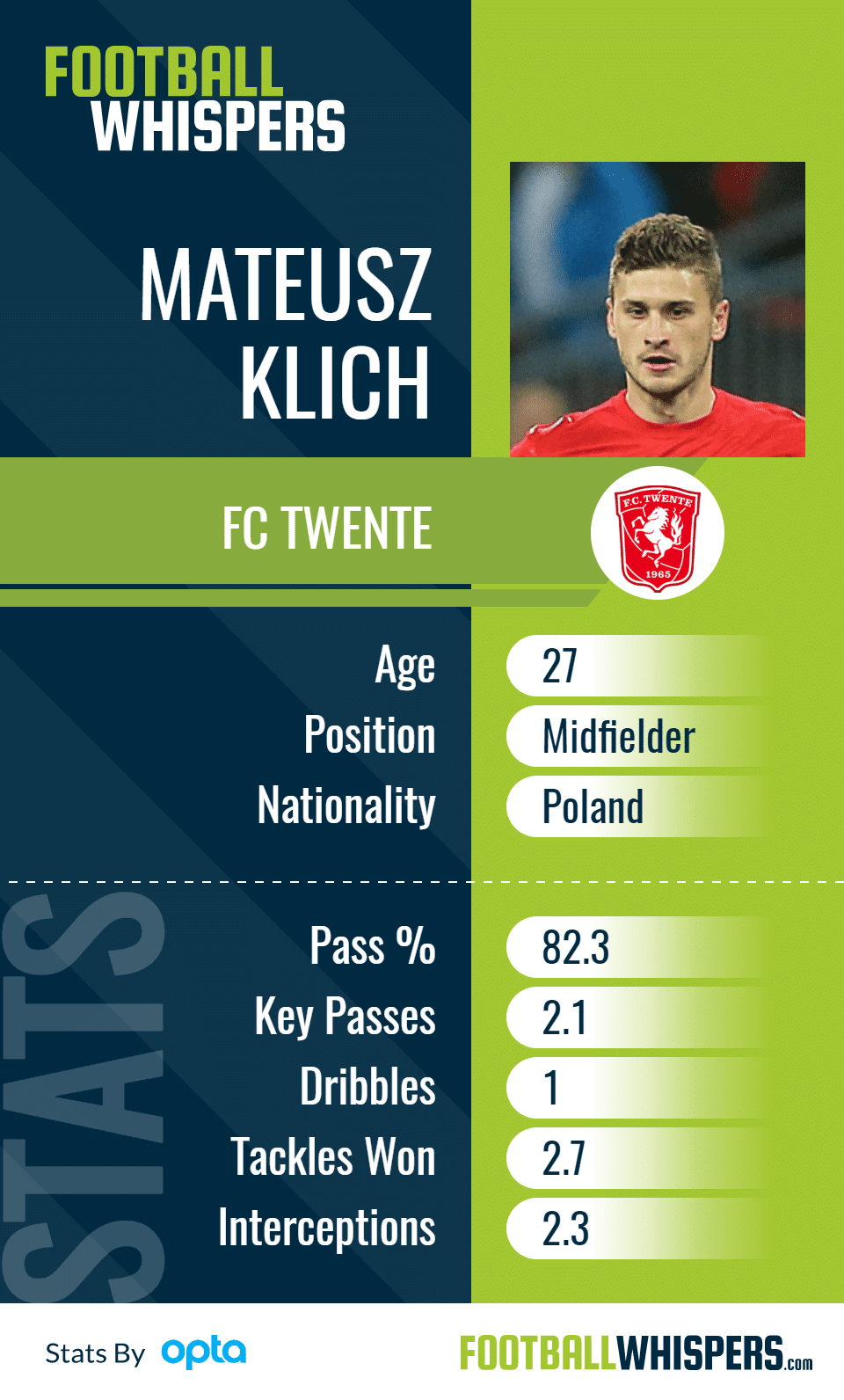 Last term, the player acted as an orchestrator for Twente, averaging 61.9 passes per game. He also averaged 2.1 key passes per game, which was more than any of his team-mates could offer.

A sound technician and an incisive distributor with ten caps for Poland, Klich would bring a much-needed dash of composure and creativity to Leeds’ midfield were he to join.

In another attempt to bolster their forward options ahead of next season, Leeds are purportedly targeting Huesca forward Samu Sáiz. Spanish newspaper Estadio Deportivo reported that the Championship side have entered the race for the player, though La Liga side Eibar are also keen.

Behind The Lines: Harry Redknapp | FWTV by FootballWhispers

The 26-year-old scored 12 goals and set up a further eight for his colleagues in the Spanish second tier last season, leading Real Oviedo manager Christian Fernandez to say:

“They (Huesca) have the best player of the division: Samu Sáiz. He is a player with impudence that can only be stopped by preventing him from receiving [the ball]. Outside the area he has a great shot and effectiveness.”

At his best between the lines, the Spaniard enjoys drifting into deeper areas. However, he also has the raw pace and skill to thrive in one-on-one situations, making him a dangerous outlet when placed in a slightly wider role.

Like the aforementioned Alioski, Sáiz would strengthen Leeds’ scoring chances were he to sign, offering refined control, speed and options to the forward line.