The way Premier League clubs are run is changing. No longer is it critical to have a manager in place before embarking on a summer spending spree. Nowadays, in an era of longer term plans and managerial cycles, top English sides can conduct transfers without managerial oversight.

This is something Crystal Palace appear set to confirm if recent rumours are anything to go by.

The Eagles have been linked with a move for Volkan Şen, a Turkish winger currently plying his trade with Fenerbahçe. It has been reported that personal terms have already been agreed with the player, and all that is left is to negotiate a deal with his current club.

If the transfer does indeed go through, it may well happen without Crystal Palace having a manager in place. Sam Allardyce left at the conclusion of a season that saw him keep the club in the Premier League, and his successor has not yet been announced. 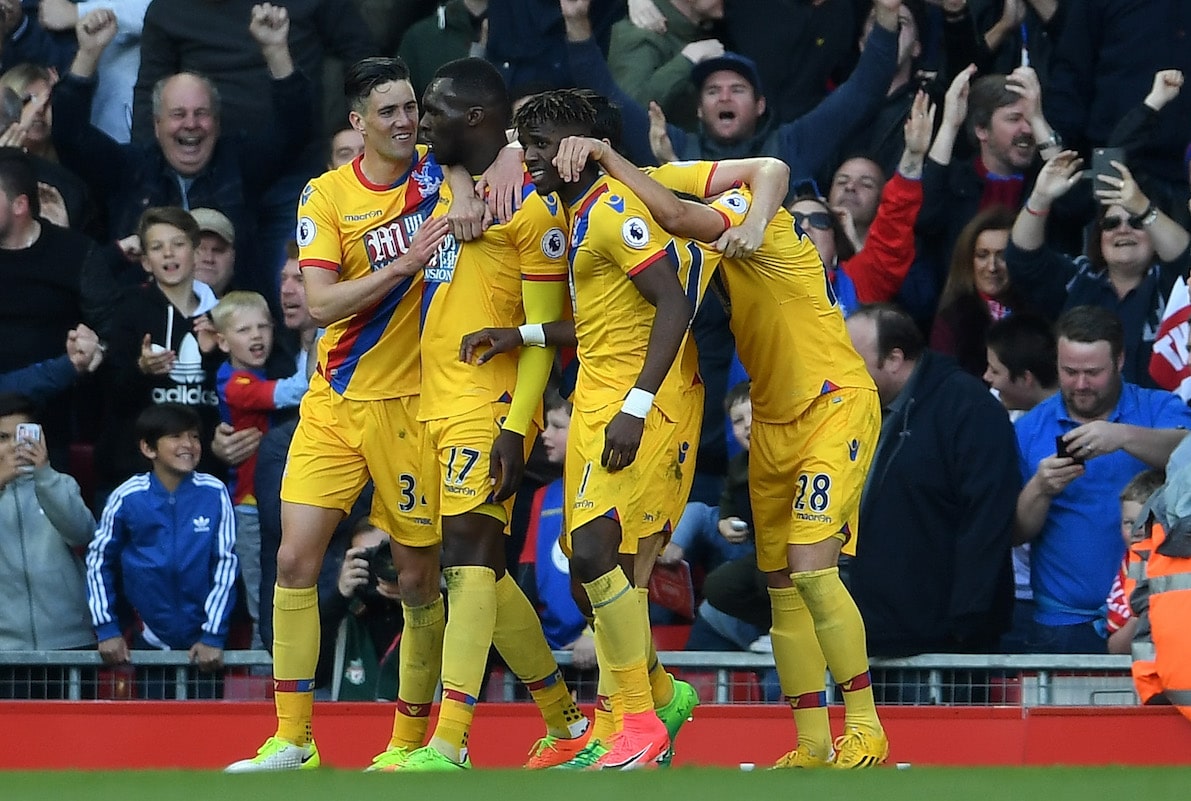 However, as a tricky winger, Şen does fit with the team’s existing system and focus. And he could also purportedly join for as little as £3million.

There are two major reasons behind the fee that is, by Premier League standards, modest.

One is related to finances, as Fenerbahçe had their squad for continental competition cut to 22 players last term after breaching Financial Fair Play regulations. The other reason is that the player’s contract expires in 2018, and the Turkish side are conscious of the possibility that he could leave on a free transfer next summer.

Şen’s arrival would not be particularly costly, and it would also suit the tactical framework that was laid down by Alan Pardew and continued by Allardyce in recent years. But would he improve the Crystal Palace line-up?

WHO IS VOLKAN ŞEN? 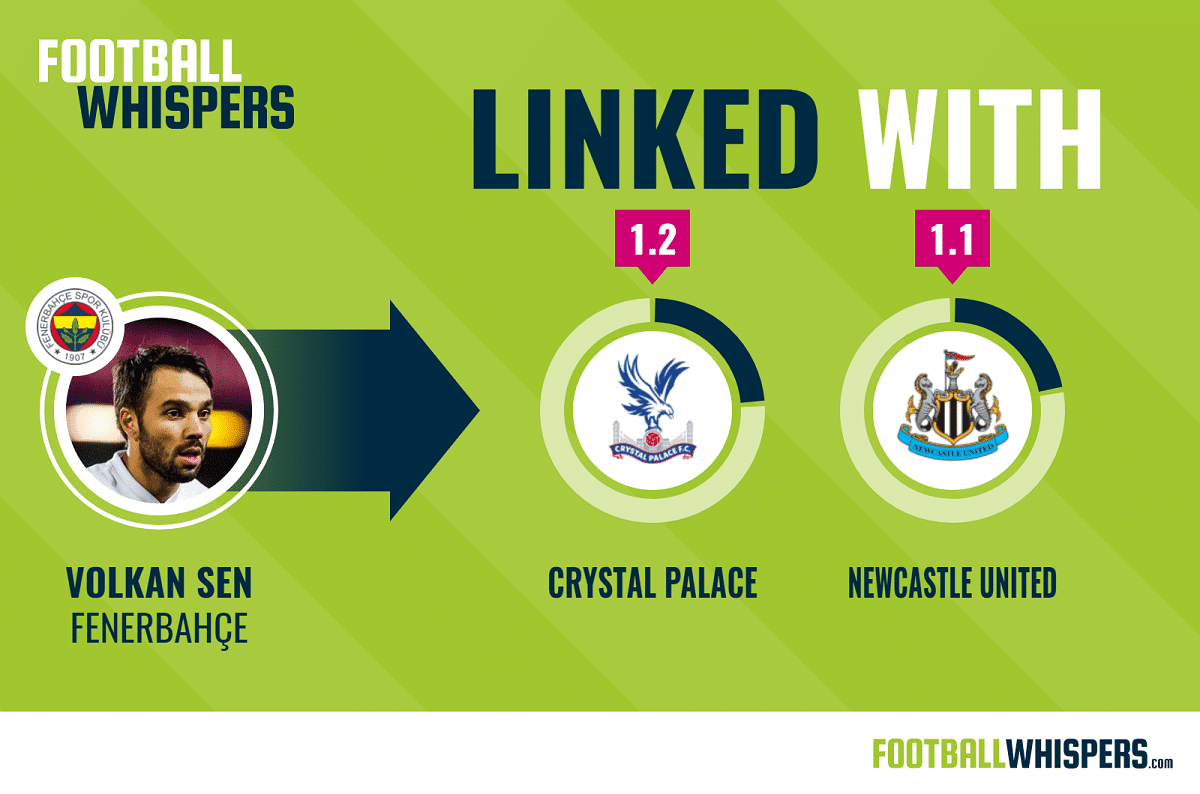 Born in Bursa, Turkey in 1987, Şen is 29 years old, but he will turn 30 in July. He is an experienced winger whose entire footballing career has been based in his home country; thus a move to London would represent a significant change for the player.

Initially viewed as one of his country’s most promising young talents, he joined his local team Bursaspor in 2004. He has enjoyed two separate spells with the club since then, re-joining them in 2014 after a three-year stay at Trabzonspor.

After a successful 2014/15 campaign, Şen joined Fenerbahce, where he has failed to truly establish himself as a key member of the squad. In his maiden term with the domestic superpower, he started just 15 league games, while last season he made 14 starts.

Despite this, he has remained an important player for the Turkish national team. He was part of his country’s squad for the 2016 European Championships, and was also called up to the most recent squad for the friendly against Macedonia and 2018 World Cup qualifier against Kosovo. All in all he has 22 caps and one goal to his name at international level.

WHY HE SUITS CRYSTAL PALACE’S FRAMEWORK

Under Pardew, Crystal Palace briefly flirted with the upper echelons of the Premier League before returning gradually to mid-table and then the bottom half. Despite this decline and subsequent relegation battle in 2016/17, their principles have remained roughly the same.

While Yannick Bolasie left for Everton last summer, Wilfried Zaha and Andros Townsend continued to torment opposition defences with their pace, skill and direct running. And the duo are arguably the team’s most important individual players considering the overarching focus on attacking through the wide areas.

This emphasis can be proven statistically, as in the Premier League last season only Southampton attempted more crosses per game on average – 25 – than Crystal Palace’s 23. Meanwhile, the aforementioned wing duo combined had a direct hand in 46 per cent of their team’s 50 league goals.

Şen is a more diminutive presence than either Zaha or Townsend; he is a couple of inches shorter than both of his potential future team-mates. He is also not quite as explosive or impactive as the Palace pair, lacking the strength or burst of acceleration needed to win out consistently in one-on-one situations.

However, the Turkish international is a skilful operator with sound technique and ball control. He isn’t so forward-facing and isn’t afraid to pass backwards if he doesn’t feel the time is right to dribble. He will also, on occasion, drop back to facilitate the build-up of possession. Additionally, he has a tendency to drift infield and take up pockets of space in more threatening central zones.

Essentially, Şen isn’t as conventional a winger as either Zaha or Townsend, pure dribblers of real speed and audacity. Instead, he mixes up staying wide and taking on his opposite man with coming inside to offer a forward pass, or moving deeper to become more involved at an earlier stage in his team’s possession.

Despite not being a regular starter for Fenerbahce, Şen was in the top 20 Super Lig players in 2016/17 in terms of completed dribbles, averaging 1.6 per game.

On top of that, only two of his team-mates completed more key passes than his one per game and more shots than his 1.5 per game, while only one team-mate provided more crosses on average than his 0.8. He also contributed without the ball at feet, making 1.5 tackles per game.

However, Şen’s statistics don’t quite stand up to those achieved in the same season by Crystal Palace’s current first choice wingers.

Zaha wasn’t just the Eagles’ best dribbler last term; he was one of the most effective in the Premier League. Indeed, only Middlesbrough’s Adam Traore completed more than his 4.1 per game.

Townsend, by contrast, completed an average of just 1.9 dribbles per game, though this was still more than Şen averaged. The same situation was true when it came to key passes and tackles per game, where the Palace duet averaged comparatively more than the 29-year-old.

Assuming he does join the club, Şen is unlikely to dislodge either Townsend or Zaha from the starting line-up. Instead, with his technical ability and different movements, he would offer an alternative wide outlet from the substitutes’ bench.