After missing out on Alex Oxlade-Chamberlain, Chelsea saw some deadline day silver lining in the form of Davide Zappacosta. The Italian wing-back was brought in with hours to spare in the summer transfer window, signing for a reported fee of £23million plus add-ons.

Having agreed to a four-year deal with the reigning Premier League champions, the 25-year-old stated: “It is a dream for me to join Chelsea and play in the Premier League. I am very excited to be here and start working with the team. I hope I can show my quality to the coach, my team-mates and the supporters.”

Despite having featured regularly in Serie A, one of Europe’s major leagues, for several seasons and being capped by Italy, one of the top footballing nations in the world, at international level, Zappacosta arrives in England as a relative unknown. It’s fair to say that there is some scepticism around his signature.

Who Should Partner N'Golo Kante? | FWTV by FootballWhispers

Will he prove to be another astute addition by Chelsea under Antonio Conte? Will he struggle to show his class in another country? Here, we at Football Whispers do our best to answer these questions.

Born in Sora, Zappacosta played locally at youth and senior level before joining Atalanta at the age of 18. In making that move, he was given the opportunity to progress at a club renowned for its youth development.

Zappacosta couldn’t have chosen a better club to help him make the step up from promising prospect to fully fledged top-tier star, and after a three-year spell with Avellino he made his Atalanta breakthrough in 2014/15.

He was then sold to Torino, another club with a reputation for improving and selling talent. One of the most underrated centre-backs in Europe and the defensive bedrock of Monaco’s Champions League run last term, Kamil Glik; the current Italy strike duet of Andrea Belotti and Ciro Immobile; and versatile Manchester United defender Matteo Darmian all have the Granata to thank for their upward career trajectories.

In two positive seasons with the club, Zappacosta established himself as one of his country’s finest full-backs. He was rewarded by a call-up to the national team, which was handed to him, ironically, by Conte. Since then he has made four appearances at senior international level, and attracted interest from numerous top European clubs. 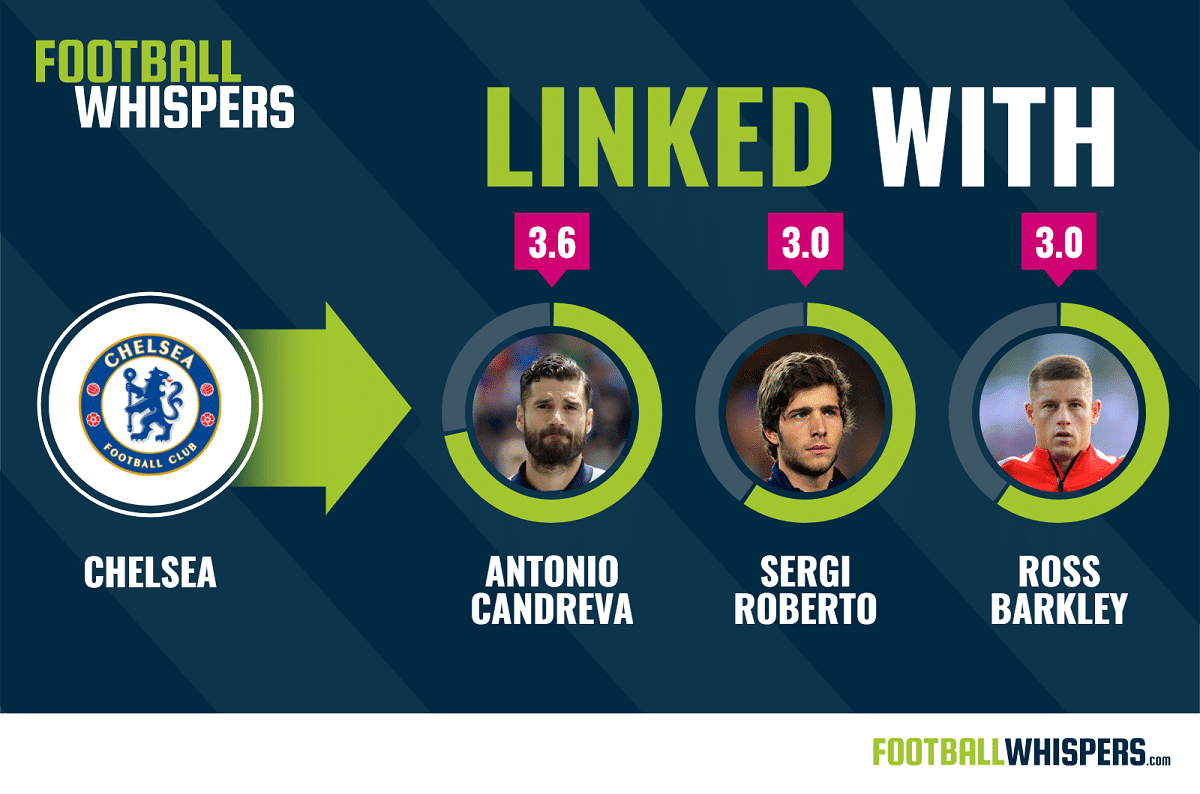 WHERE ZAPPACOSTA WILL FIT IN

In terms of system, Chelsea and Zappacosta are suited to each other. The team play a 3-4-2-1 shape with wing-backs, and the player is an attack-minded right-back who has often been used at wing-back at club and international level.

The most obvious position for him would be to take up the right wing-back berth currently occupied by Victor Moses. The Nigerian surprised many with his displays last season, but he isn’t viewed as a viable long-term tenant of the role.

Comparing him to Chelsea’s latest signing statistically is perhaps the best way of gauging whether the Premier League titleholders have upgraded, and last season’s numbers suggest they have.

Defensively, Zappacosta contributed more per game in 2016/17 in terms of tackles and interceptions made. While this could be explained by the fact he played for a less dominant team in Torino, his offerings in possession are suggestive of him simply being a more effective player.

He averaged almost twice as many key passes as Moses, made more passes and did so at a higher pass success percentage, and contributed over three times as many crosses. Indeed, the only aspect in which he was numerically inferior was in dribbles, where he completed one less per game.

One of the most noteworthy aspects of Torino’s tactics last season was their intensive man-marking in the defensive phase, a team characteristic that was brought in by head coach Siniša Mihajlović.

Zappacosta showed himself to be an attentive marker in this setup, which should help him settle at Chelsea, a side who place great emphasis on defensive organisation.

Offensively, the 25-year-old is a good dribbler who like to attack the right flank with overlapping runs, however he is also comfortable coming inside and driving directly at the opposition’s defensive block rather than trying to go around it.

Zappacosta possesses decent pace and awareness, which make him a genuine threat in attacking transitions. Counter-attacks are important to the way Conte’s side play, so his ability in this phase will also be pivotal.

Perhaps the most important trait the Italian has to offer, however, is exceptional crossing. His deliveries from wide areas are pinpoint, meaning Chelsea will now have an outlet down the right who is just as dangerous as Marcos Alonso down their left.

Like the Spaniard, Zappacosta joins the club without much fanfare. However, will upgrade an important area of Conte’s line-up. For that reason, he will make a sound, if unspectacular, addition to the reigning champions’ squad.

FOLLOW ALL THE LATEST NEWS ON FOOTBALL WHISPERS' LIVE BLOG