It was only going to be a matter of time before Rafael Benítez returned to former club Liverpool to strengthen his Newcastle United squad for their Premier League campaign.

The Spaniard, who guided the Magpies back into the top flight at the first time of asking last season, has endured a frustrating summer in the transfer market. The Championship winners have made a single signing so far, turning Christian Atsu's loan deal from Chelsea into a permanent move.

Now Benítez is keen to tie up a loan move for Liverpool's highly-rated young winger Sheyi Ojo who was part of the England squad which won the Under-20 World Cup earlier this summer.

Here we profile the Newcastle transfer target and look at how he would fit in at St James' Park if he were to move from Liverpool.

Who is Sheyi Ojo?

Born in Hemel Hempstead, Ojo has long been earmarked as a player with enormous potential. He joined MK Dons as a ten-year-old and within three years of signing for the Buckinghamshire club he had played for their Under-18s and trained with the first-team.

Having become the first club in the Dons' history to win an international youth cap he joined Liverpool in 2011 as a 14-year-old. The Reds reportedly beat off competition from a number of top clubs for the talented winger who cost the Merseysiders a fee of around £2million.

“I had quite a lot of choices,” Ojo explained. “At home there was Liverpool, Chelsea, Manchester United, Manchester City, Arsenal – who have always been my team – Everton, Tottenham and Fulham. I wasn’t ready to go abroad but there was interest from Ajax, Barcelona, Real Madrid, Juventus and Inter Milan.

“In an ideal world I would have wanted to go to Arsenal but the choice was more about my development. The most important thing is to be in the first-team at a young age and had I gone to Arsenal or Chelsea it may have been harder. I joined Liverpool when Kenny Dalglish was manager and he was giving youth more of a chance.”

His decision was vindicated. Named as a substitute on a handful of occasions during the 2014/15 campaign, Ojo got his first taste of professional football when he joined Wigan Athletic on loan in February 2015.

He was named man-of-the-match on his debut, coming off the bench against Bournemouth and catching the eye in a 3-1 defeat. Ojo made 11 Championship appearances for the Latics as they were relegated to League One.

The following season he was loaned to Wolverhampton Wanderers, days after scoring the winner for Liverpool in a friendly against Swindon Town and inking a new agreement at Anfield.

Ojo marked his first start for the Midlands outfit with the assist in a League Cup win over Newport County but he struggled to secure regular minutes and was recalled in January 2016.

It was a decision which was quickly vindicated. A day later, Ojo made his full Liverpool debut, coming off the bench in a 2-2 FA Cup draw against Exeter City. Less than a fortnight later he scored his first goal in the replay as The Reds won 3-0.

A Premier League debut followed against Southampton before he made his first start, providing an assist for Daniel Sturridge, against Stoke City towards the end of the season.

After suffering a back fracture the 2016/17 campaign was one of frustration for Ojo who was limited to cup run-outs.

He was impressive in Liverpool's FA Cup replay win over Plymouth Argyle in January but, despite his positive assessment, Jürgen Klopp's refusal to entrust the flying winger with more minutes could be indicative of a deeper issue.

“Today, I thought he made a big difference when he came on, with his speed and there was sharpness involved,” Klopp said after defeating the League Two side.

“He’s a wonderful player but, without sharpness, it’s nothing. I’m happy about their potential and we will do whatever we can to let it grow but they have a big job to do, too.”

What would Ojo bring to Newcastle?

In a word: pace. And lots of it. Ojo is blessed with lightening-quick feet and thrives on running at defenders and taking them on. But, as is so often the case with young players – wingers particularly – finding a consistency to his game is imperative.

After scoring a fine goal for Liverpool's Under-23s against Tottenham Hotspur in February, Reds coach Mike Garrity underlined that point. 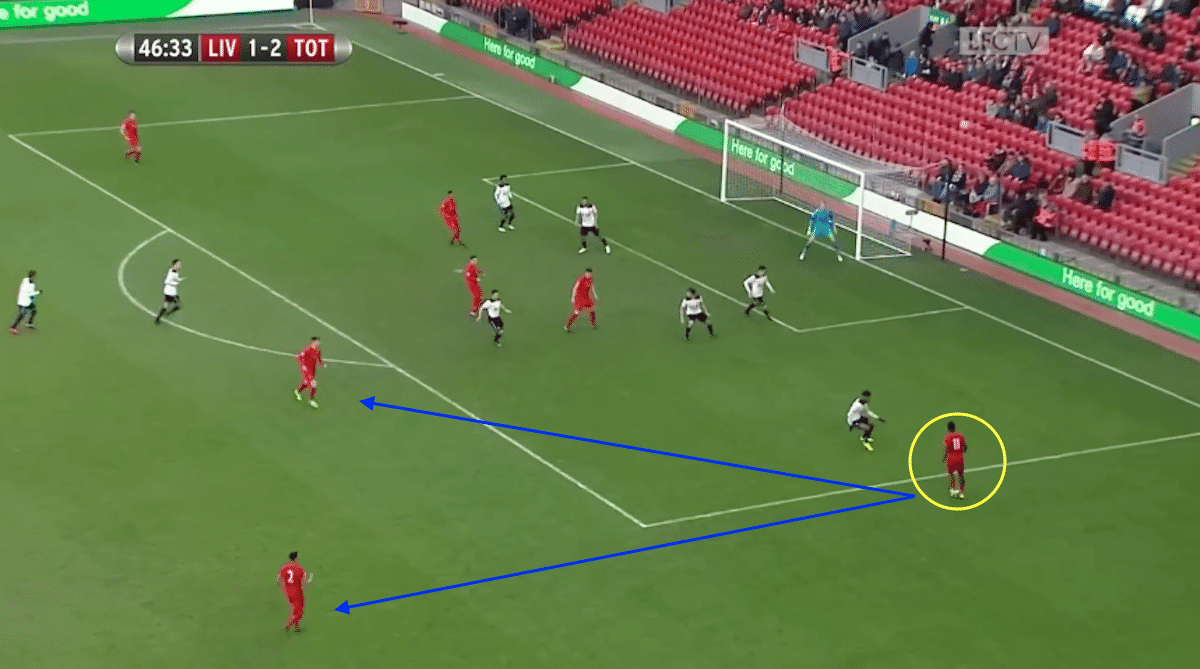 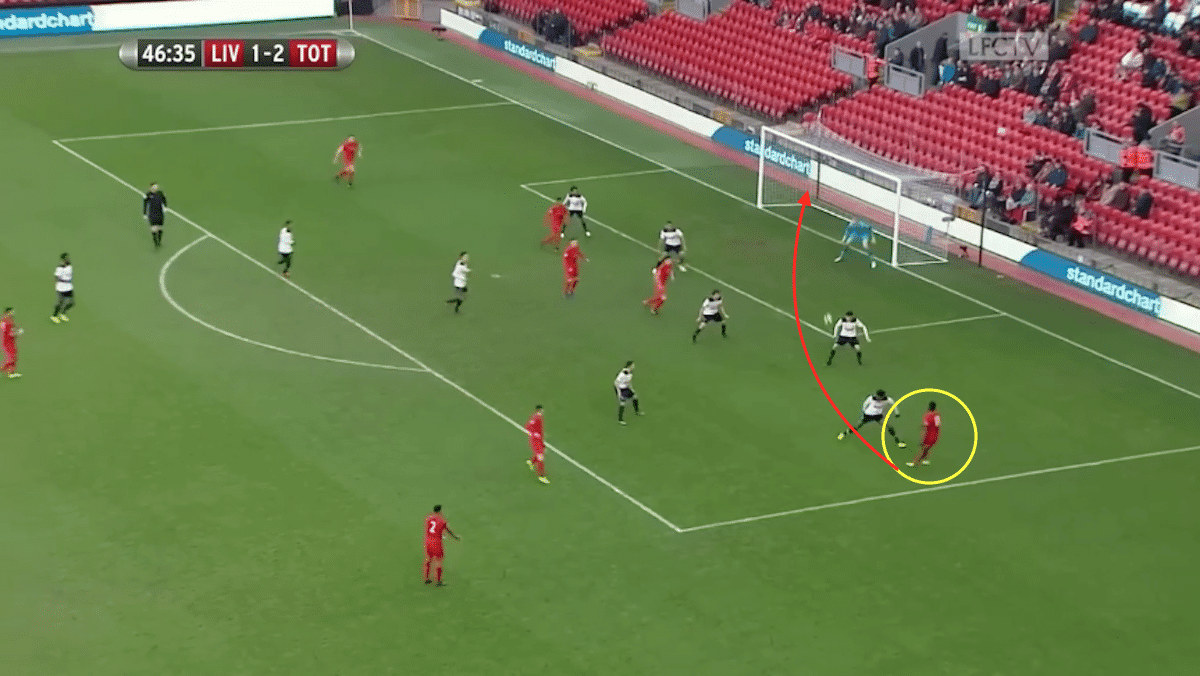 “That's what he can do,” Garrity said. “And if truth be told, he doesn't do it enough.

“He's well capable of producing those moments. The first-team manager and ourselves are beating the drum every day about him being direct and positive.

His assist against Stoke in April last year perfectly encapsulated everything good about Ojo. Having received the ball out on the left flank he runs directly at Xherdan Shaqiri, knocks the ball past him and floats in a delicate cross for Sturridge to nod home. 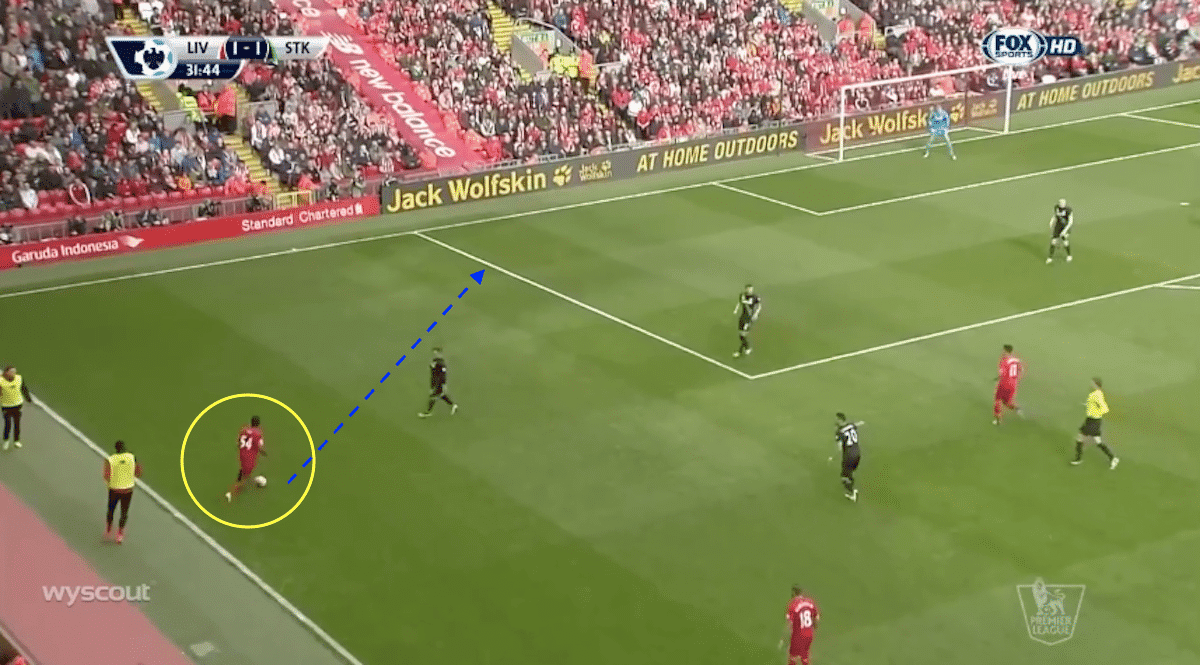 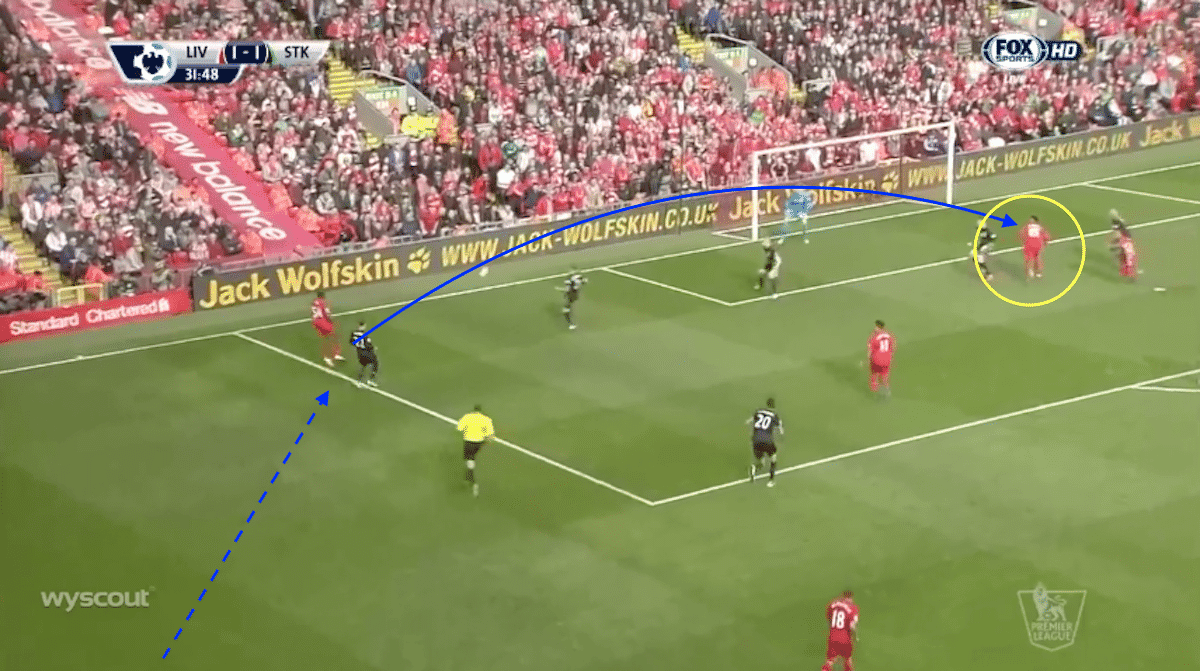 Where would Ojo fit in at Newcastle?

Last season much of the Magpies' success was built around Dwight Gayle and getting service to the former Crystal Palace striker as often as possible. In order to do that a lot of onus was put on Jonjo Shelvey (eight assists) and Matt Ritchie (seven) to provide the ammunition for Gayle.

Neither player is particularly quick, though, and Ojo would add another dimension to Newcastle's attacking threat. He could slot in nicely on either flank with Yoan Gouffran, who often played on the right last term, still yet to sign a new contract at St James' Park. 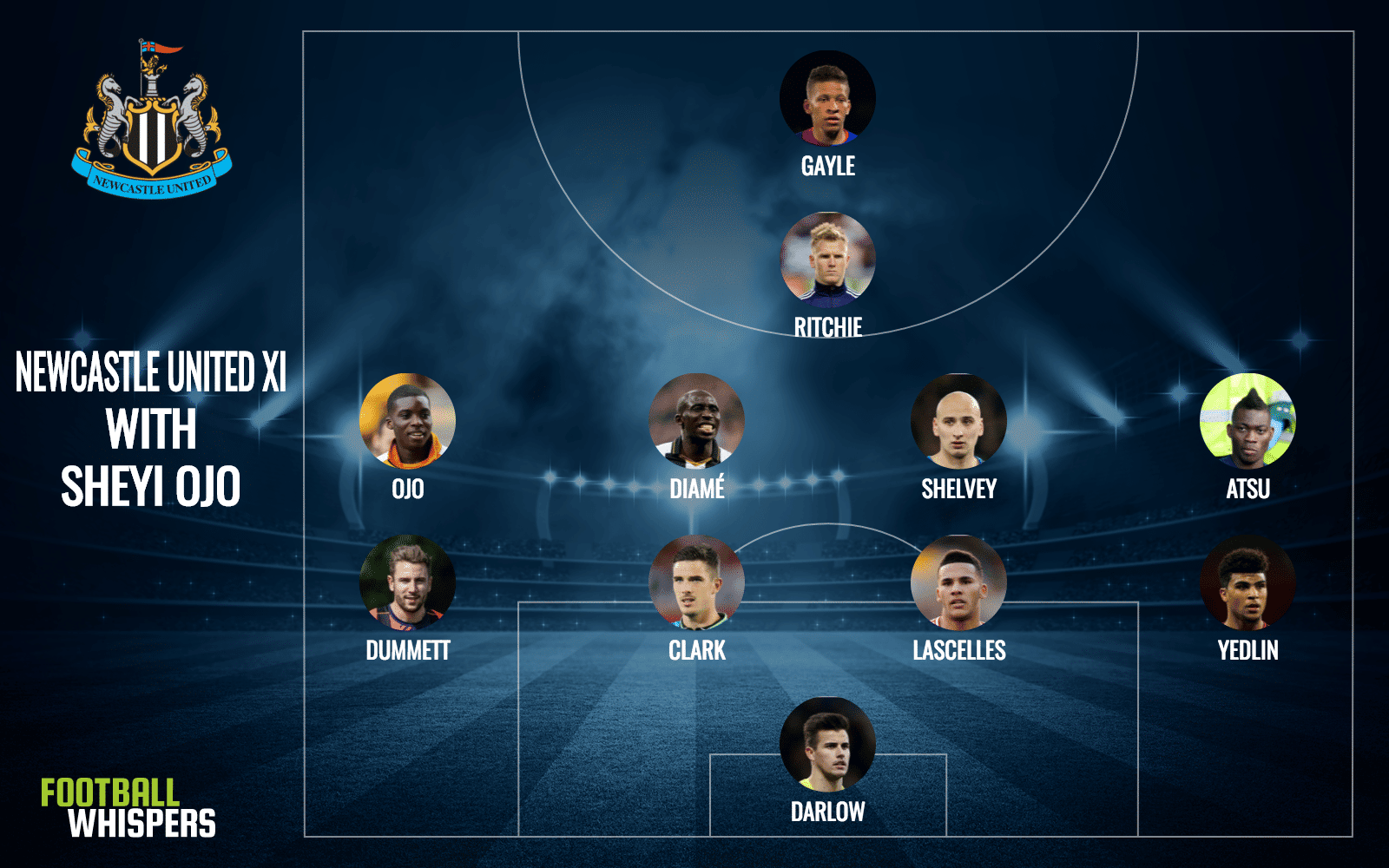 Regardless of whether the Frenchman agrees to extend his stay, the signing of Ojo would enable Benítez to move Ritchie – hugely impressive in his first season on Tyneside – into the No.10 role behind Gayle where his lack of pace wouldn't be an issue.

Having Ritchie closer to him would benefit the 23-goal forward who was assisted three times by the Scotland international last season – the ninth most-prolific link-up in the Championship.