Liverpool having a strong interest in Argentinian strikers is a recurring theme lately.

A week after the Reds reportedly put in an offer for Atletico Madrid attacker Ángel Correa, the Merseyside club are being linked with a teenager who was once thought of as the next Lionel Messi.

According to World Football Index, Jürgen Klopp’s men have kept a keen eye on the progress of 18-year-old Vélez Sarsfield striker Maxi Romero.

Liverpool have, according to reports, scouted the Argentine on a number of occasions and could make a move to bring him to the club this summer ahead of interest from Premier League rivals.

Romero previously attracted interest from Arsenal who tried to sign the then 16-year-old in 2015 for £4.5million. But the player suffered a cruciate ligament injury while negotiations were ongoing and the Gunners pulled out of the deal.

Despite his stock taking a hit since his injury, it would be quite the coup for the Liverpool if they were to sign the wonderkid as many still believe he has the potential to be one of the best in the world.

Who is Maxi Romero?

Even before he had made a first-team appearance for Vélez Romero was tipped for big things.

He made his debut at the age of 17 in the opening fixture of the 2016 Argentine Primera División and scored his first professional goal in his next substitute appearance. He's netted a further two goals in 14 matches.

Romero is robust and seems to bounce away from tackles due to his upper body strength despite his 5ft 10ins frame. He's got that hustle and bustle about him that people have come to expect from South American strikers which makes him a nuisance to play against.

He's comfortable on either foot meaning he's difficult to second guess and his slaloming runs, where he's able to manipulate the ball with his superb close control, make him a nightmare for any defender.

Romero's knee injury hasn't done much to slow down his explosive acceleration and he's still able to burst away from the opposition, but he's not in the same category as Sadio Mané or Mohamed Salah.

“His stats don’t jump off the page but he’s been in a pretty terrible Vélez side, mainly playing second fiddle to experienced Mariano Pavone.

“Pavone has just moved to Estudiantes, so hopefully that should open up some game time for Romero. He’s still only 18, so time will tell as to how much the injury has affected him.”

What stands out when watching Romero is just how intelligent and composed he appears to be for someone of his age. There's a maturity to his game which is hard to find in inexperienced youngsters.

Of course, he's not the finished article and there are areas he can improve, such as his final ball when in the final third, but there's enough there to suggest that under the right guidance he would turn into something pretty special. 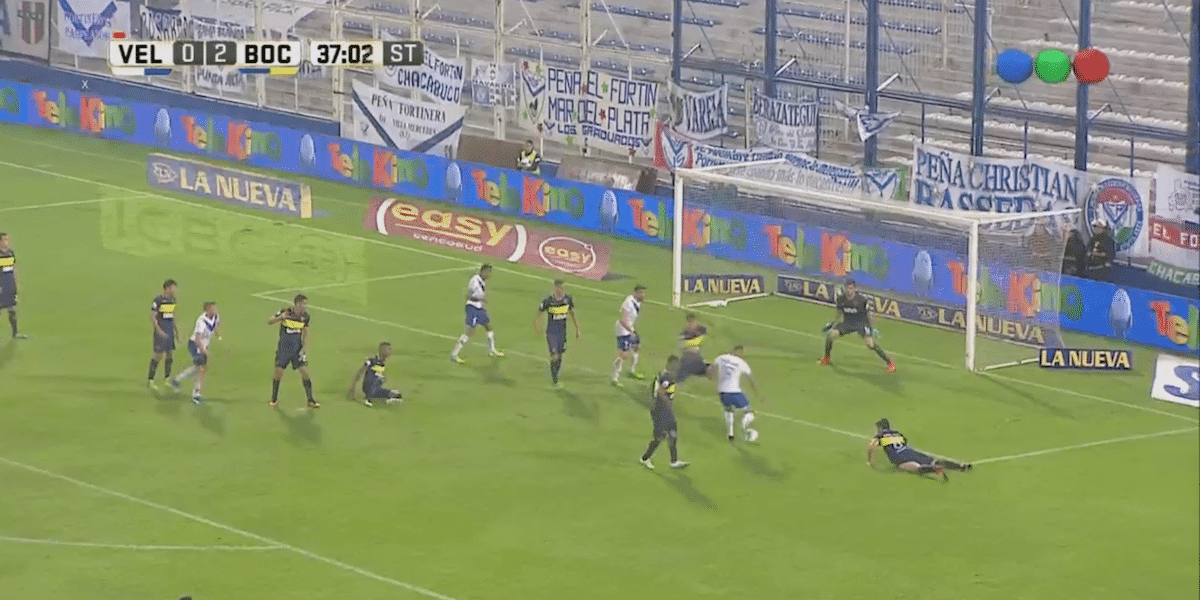 In the two stills above you see Romero's composure. Yes, he's a striker so he should be calm in the box but context is everything and he would be forgiven for attempting to lash this ball home first time.

It's a big match against Boca Juniors and the ball bounces to him eight yards from goal.  Vélez need a goal and Romero feints to shoot and creates a better opening to fire home.

Not many players his age, striker or not, have the composure to do this and the talent to execute the idea.

It's by no means a world class goal but it gives you a tiny look at the type of player he is; unflustered, unfazed and emphatic. 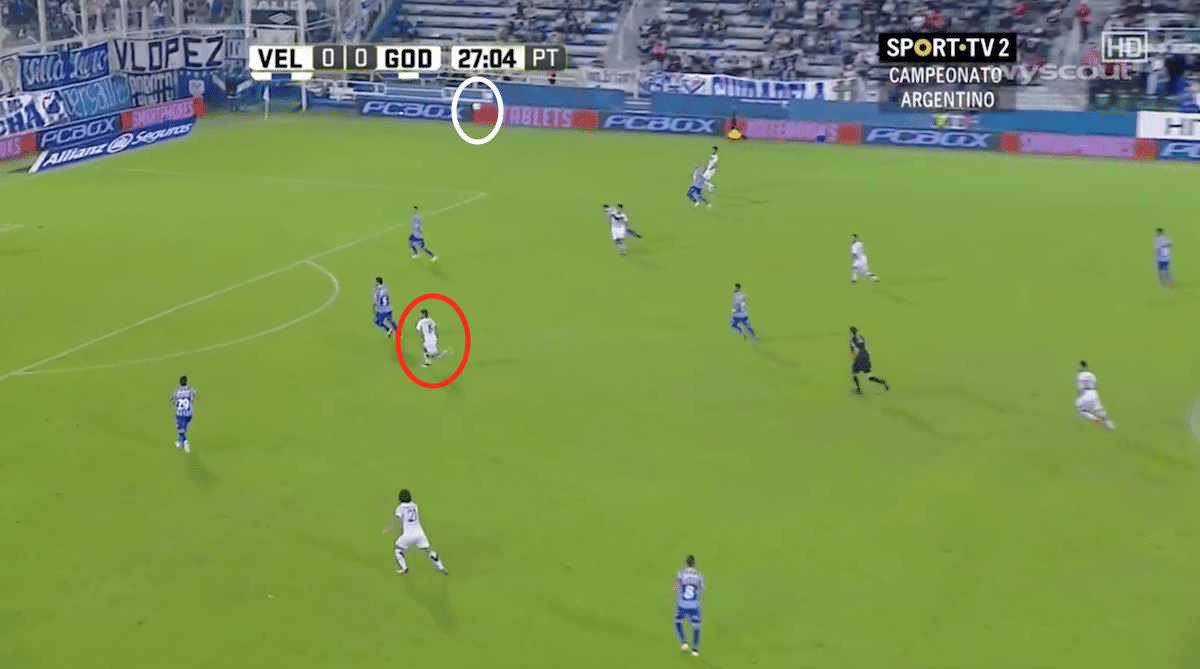 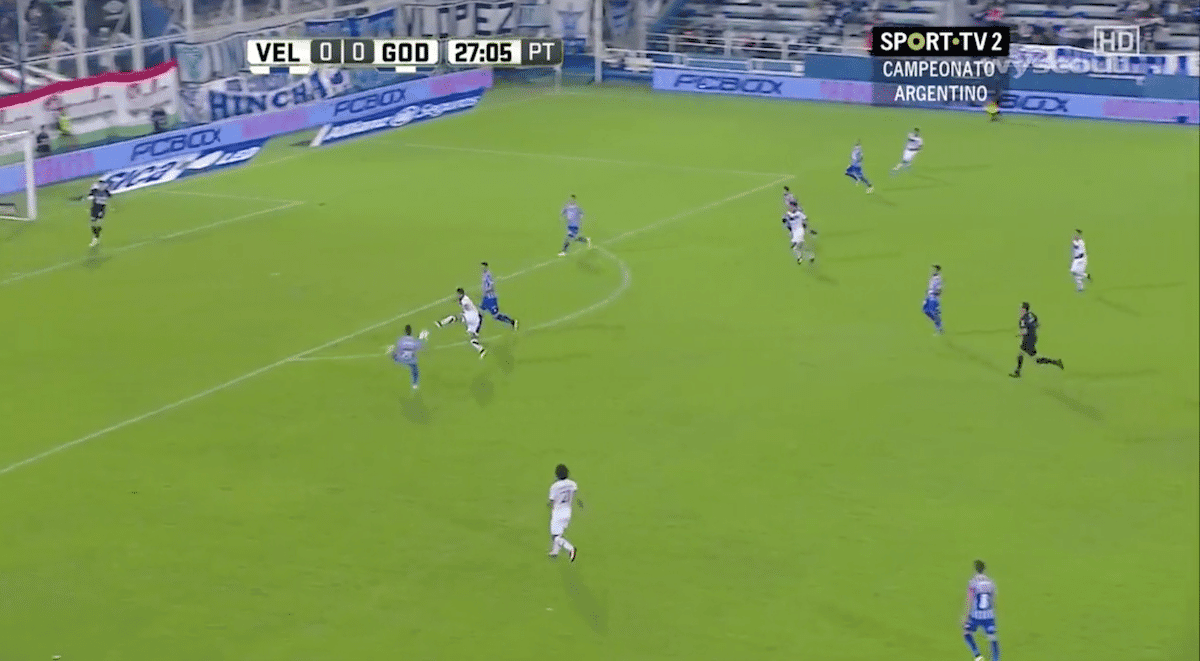 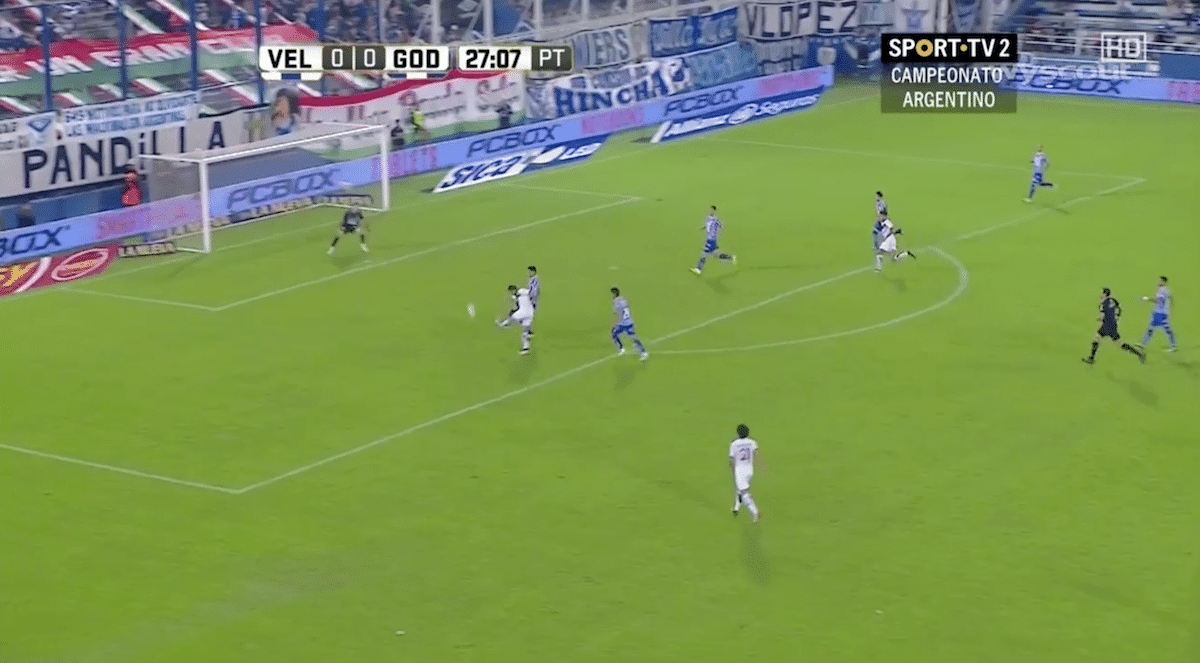 In the first picture you see Romero, circled in red, take a look at the space to his left to build up a picture. All the best players are forever stealing glances to help them plan what their next move is going to be and Romero is no different.

He then shows a deft touch to poke the ball away from the right-back, who is attempting to retreat and recover, but still keep it under his spell. It's no fluke.

The ball bounces just once before he fires home with his left foot. In all honest the keeper should do better but Romero shows great technique and awareness to carve out the opportunity he finishes off.

Do Liverpool need him?

It would be naive to suggest the club don't need Romero but at the same time he wouldn't be missed – at least this season – if the Reds didn't clinch his signing.

They have an array of striking options with Roberto Firmino, Divock Origi, Danny Ings, Daniel Sturridge and Dominic Solanke all fighting for a chance in the first-team squad. It gives Klopp quite the dilemma.

Are there enough minutes available throughout the season to not only keep all five strikers happy but for them to continue their development?

As the report on World Football Index suggests, Romero is expected to be appear for his country sooner rather than later which could help with any work permit issues.

And while he may not be granted one right now, the club can still sign Romero and loan him out, like they did with Brazilian midfielder Allan.

While such an addition isn't a necessity, the Reds should be doing all they can to sign the stars of tomorrow whenever possible. He could turn out to be a world star if given the platform to develop.