Leicester City have, slowly but surely, been moving away from the team who won the Premier League title in 2015/16.

The only remaining starters are Kasper Schmeichel and Jamie Vardy, bookends at opposite ends of the pitch, and each new signing feels like a transition to the future, with the glory of Claudio Ranieri's men an increasingly distant memory.

The latest addition could be Portimonense’s Japanese star Shoya Nakajima, according to reports.

The 24-year-old right-footer plays on the left of the Portuguese side’s attack, and provides a lot of goals for someone so small.

Who is Shoya Nakajima?

Nakajima made the big move to Europe last summer from hometown club FC Tokyo, aged 23, and had an immediate impact at Portimonense, hitting double digits in goals and assists.

He’d been at FC Tokyo for four years but had only become a regular player in his final season with the club. This slow start might be worrying in other players but Nakajima is barely 5ft 5ins, and it’s not surprising that he had to wait until he was used to competing physically with larger players to become a first-team starter.

Last season wasn’t just the year that Nakajima moved away from his home country and home city, but it was also the year he made his debut for his international side, against Mali, where he also scored.

What are Nakajima’s main strengths?

Nakajima is one of those rare players whose goals and assists totals virtually match – ten and ten last season, and four and three so far this term. Involved in seven goals in seven games, it’s a tremendous record for a player in a team lying 13th in the Portuguese Primeira Liga.

Because Portimonense are one of the more average teams in the league, their matches provide opportunities to counter-attack, in which the forward is able to excel.

Not only can he drive into the space in front of him but he switches the play well during these counter-attacks, meaning defences struggle to contain it.

At Leicester, these cross-field passes would join the creativity of James Maddison, and could utilise the pace of Jamie Vardy or Ricardo Pereira.

Here, he picks up the ball just to the left of centre with Portimonense on the break. A covering midfielder is trying to push him out towards the left flank, though. 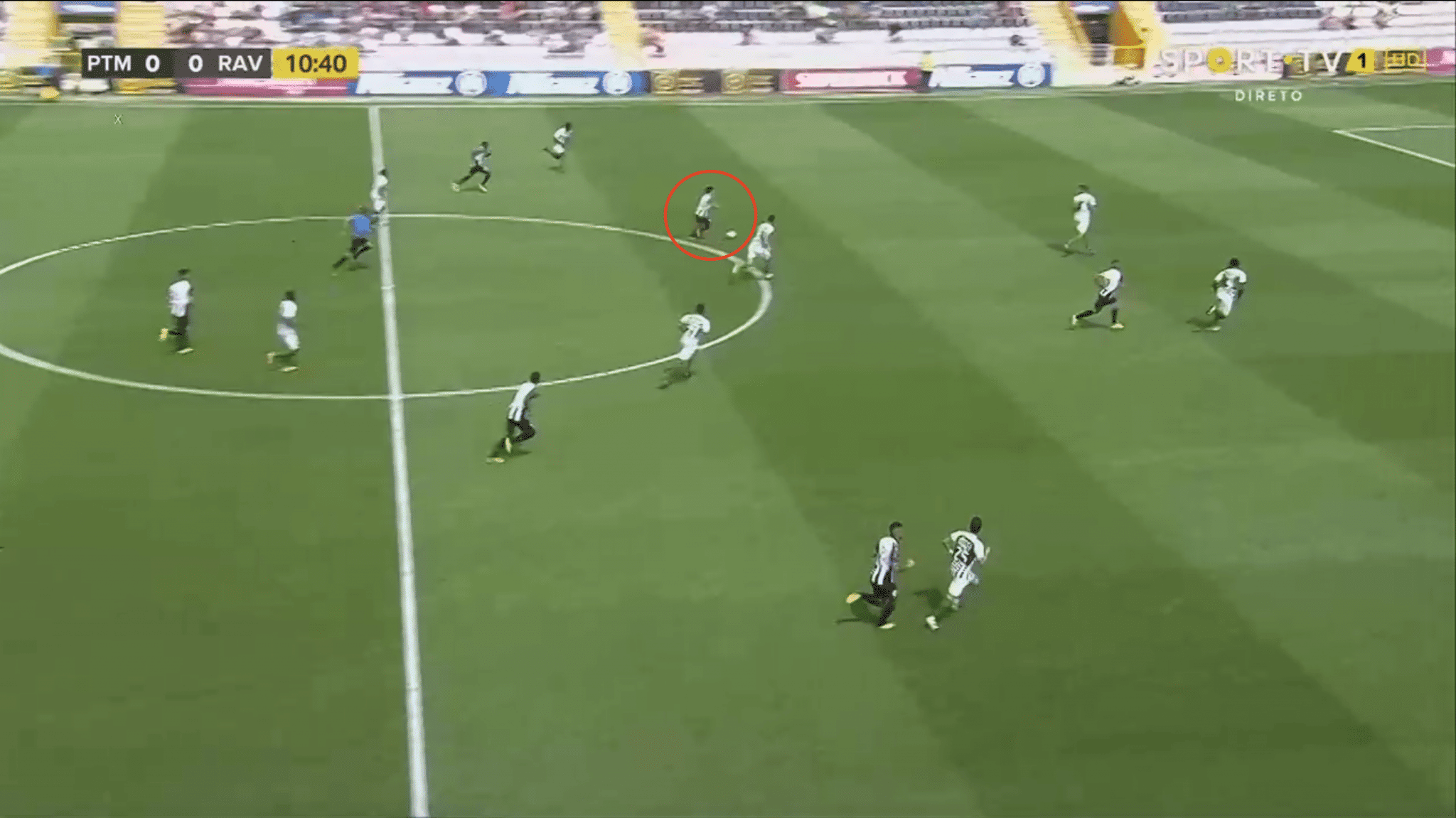 Yet instead of running down a blind alley, Nakajima slows and cuts back inside to open up the rest of the pitch.

He spots the run of a team-mate and plays a well-weighted ball into him. 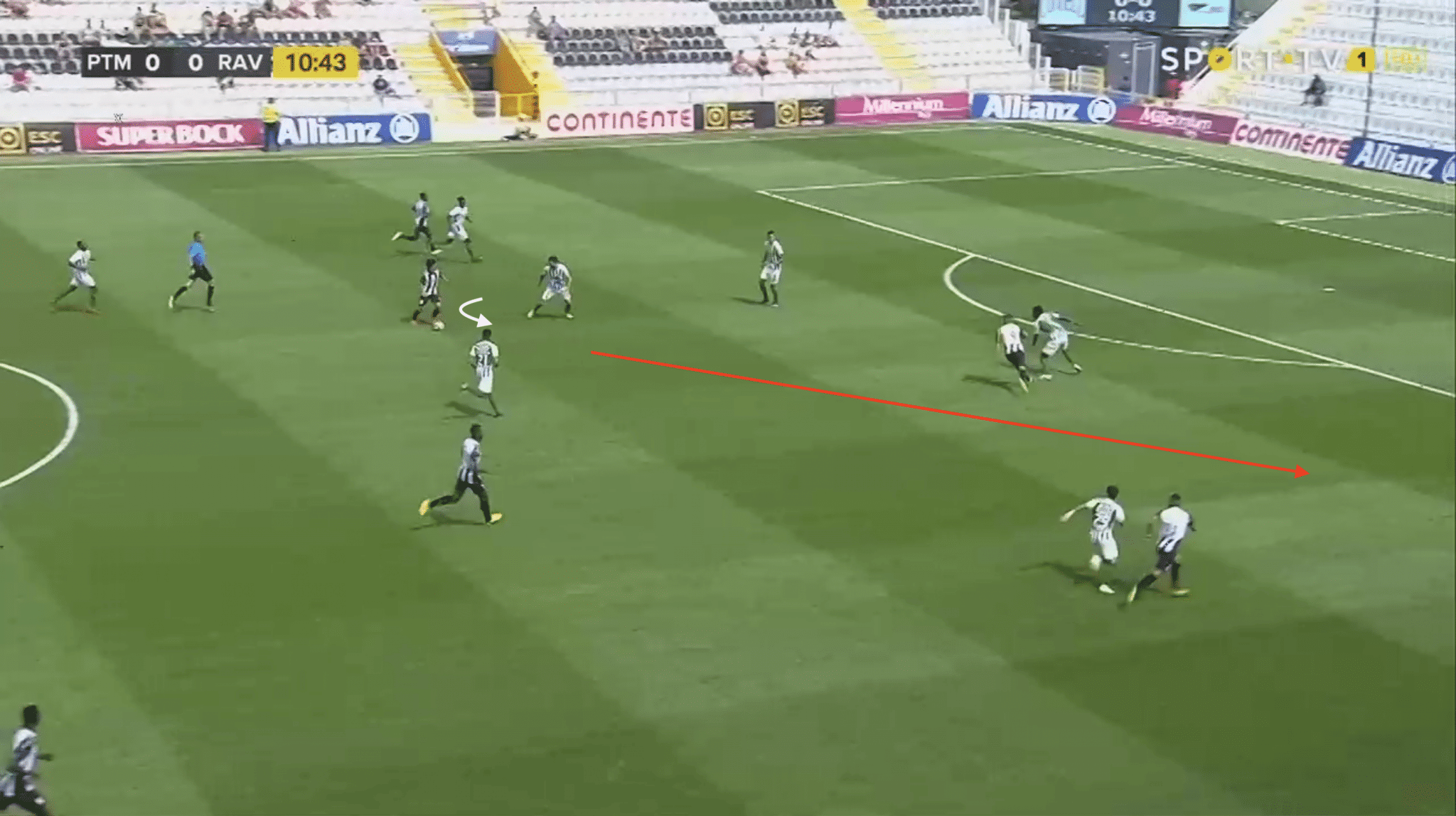 It is this kind of incisive pass Nakajima makes often. He is in the league’s top ten for open-play key passes and the top 25 for shots per 90 minutes and, impressively, gets 60 per cent of his shots on target.

He clearly knows where the net is.

What are Nakajima’s main weaknesses?

It’s something of a cliché that small players will struggle in the Premier League. But, as much truth there is to it, Nakajima would be able to take inspiration from Everton’s Bernard who’s of a similar height but has hit the ground running at Goodison Park.

However, Leicester have a tradition – since their title-winning season, at least – of their attackers being hard-working defensively.

It’s why they struggled with playing two up-front when one of those two wasn’t Shinji Okazaki. And perhaps why Islam Slimani didn’t work out – he just wasn’t suited to that deeper-lying role behind Jamie Vardy – and why it took Kelechi Iheanacho so long to see any game-time.

Nakajima has a lot of energy but it doesn’t seem to be as concentrated and efficient as Leicester might want it to be, particularly if he has to cover Ben Chilwell’s jaunts on the left-hand flank.

As a right-footed forward on the left-hand side, his shot selection could also be improved.

Firing at goal every time you’ve cut inside and got near the shoulder of the box might keep the keeper honest, but they’re unlikely to lead to a lot of goals and a better option might be to try and find a teammate.

How much would Nakajima cost?

Reports suggest that Leicester could make a €20million bid for the Japanese player which, for a Premier League side, wouldn’t exactly be breaking the bank.

Yet Portimonense would be wise to hold out for more. Nakajima has been involved in all but three of their goals this term. Lose him and they lose a vital part of their attacking armoury.

It would be too presumptuous to assume that if he departed the club could find itself in relegation trouble, but his importance is clear. So if Leicester truly want to bring in the Japanese international, they may have to do so at a premium.