Rewind 12 months and Celtic were gunning for a tenth Scottish Premiership title on the spin. Instead though, Rangers blew them away winning the league without suffering defeat. It means that, more than usual, there will be transfer rumours galore coming from north of the border this summer. Here we look at what some of that gossip might look like.

Scottish Premiership transfer news: What team needs to do the most transfer business? 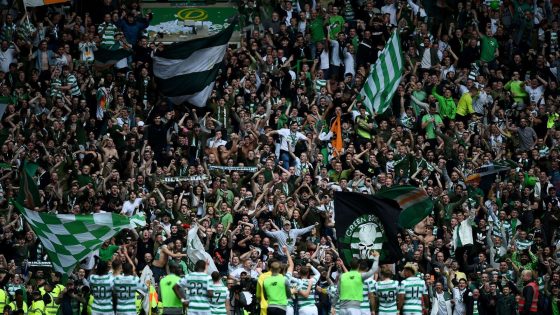 In honesty, the team that requires the biggest surgery is Celtic – by some distance too. Not only did they finish 25 points adrift of their Old Firm rivals but they're currently mangerless and have lost one of their stalwarts with Scott Brown moving to Aberdeen for the 2021/22 campaign. Last season, Celtic bought in six new faces with three on loan and three permanent additions; the most expensive was the arrival of Albian Ajeti for £5.5m from West Ham. It would be a surprise if that number of new faces isn't doubled this summer with an overhaul both needed and being demanded from fans.

The biggest move for Celtic though will be the appointment of a manager with Eddie Howe currently leading the betting. Despite that not being confirmed there are plenty of targets already on the Glasgow club's radar. We won't discuss every link (we'd be here all day) but instead we will focus on a couple of the key positions as the Hoops look to take back their Scottish Premiership crown.

Celtic on the hunt for a new Left Back

Celtic have been looking for a competent left back since selling Kieran Tierney to Arsenal for a record breaking £25m back in 2019. They have welcomed new full backs but they haven't worked out and now it's critical they get the problem position nailed. There are a couple of interesting names in the frame too with Barcelona and PSG players linked – namely Barca academy prospect Mika Marmol and PSG's former Ajax man Mitchel Bakker, 20.

The Hoops in desperate need of a Striker

You might look at the stats and think a striker needn't be high on the list of priorities for whoever Celtic's new gaffer is given Odsonne Edouard netted a goal every 125 minutes in the Scottish Premiership last season. The trouble is the gossip all points to the Frenchman leaving. Who might arrive as his replacement? 16 goal youngster Sydney Van Hooijdonk, whose father Pierre spent three years with the club, has been muted as one link after leaving NAC Breda on a free whilst Hibs forward Kevin Nisbet is another name in the frame. He's proven in Scotland's top tier and grabbed 12 goals last season.

You would be forgiven for thinking Rangers boss Steven Gerrard might be happy with his squad after winning Scottish Premiership without losing a game. We're not convinced he'll be satisfied to tread water though; he'll want to win another title to prove Rangers are truly back and he will be aiming to properly compete in European competitions as well. Of course, it's likely a few players will be moving on too.

The big name known to be on the move is Jermain Defoe – although Fashion Sakala has already agreed to join Rangers from KV Oostende effectively replaces his goal threat – whilst Ryan Kent and Ianis Hagi could attract interest from teams in Europe's top five leagues. If you imagine that those three names all leave then Rangers would need to bring in some creativity to their ranks; it's an area Gerrard and his assistant Gary McAllister know plenty about. A look at the transfer rumours would suggest they're exploring that avenue already too.

As mentioned, the transfer news would suggest that the Gers are already on the hunt for a few new faces with flair seemingly high on the list of requirements. One name that keeps cropping up is 21-year-old Santiago Moreno of America de Cali. Moreno plays out wide and can create and score goals. Rangers will face a fight for his signature though as Premier League club Leeds United are reportedly interested. It could be that Alfredo Morelos – a Colombian compatriot of Moreno – might prove vital in convincing the highly rated ‘next Sadio Mane' to opt for the Scottish Premiership.

What should we expect from the rest?

As much as some might not like it, Rangers and Celtic do dominate the headlines in Scotland. That doesn't mean the other sides get completely forgotten about though and there will be plenty of transfer news and gossip coming out about the Scottish Premiership ‘underdogs' over the coming weeks.

One of the sides likely to be extremely busy is Hibs, who lost out to St Johnstone in the Scottish Cup final just days ago. Their manager, Jack Ross, has already offered insight into the fact that he expects the club might be forced into selling a few assets with the previously mentioned Kevin Nisbet the biggest name. Connor Shields from Queen of the South reportedly features on Ross' wish list should Nisbet go.

Another Ross – Ross County – will also be undergoing some serious changes this summer it is expected. They endured a pretty rough campaign but go into the summer with new boss Malky Mackay at the helm. County, who only confirmed their survival on the last day of the season, lost some big players last season in the shape of Josh Reid and Ross Stewart. They have to be replaced and Mackay will have his own ideas too.

The final team we'll touch on here is Aberdeen. They've been busy already with three players – Scott Brown, Jay-Emmanuel Thomas and Declan Gallagher – joining but the word from the club is that there is still a sizeable budget for Stephen Glass to work with. Clark Robertson could be the next man to join the Dons.

That brings an end to this round up of transfer chatter. For all of the latest Scottish Premiership transfer news and more remember Football Whispers is the place to go.